On August 21st I posted a piece regarding my grandsons' new adventure-youth football.  I listed some of the concerns I had regarding this sport for children of all ages and indeed even college and pro players.

I'm happy to report that the boys came through their 8 games in great shape.  They went 6-2 for the season without any significant injuries.  Cole took to the game like a duck to water and in spite of being knocked around a fair amount Nicholas made tremendous progress from  game one to game eight.

In fact the entire team came through unscathed.  I owe this to the diligence and competence of  the coaching staff and the players' parents.

So it's off to the next sport-basketball to be followed by baseball and then full circle back to football.  Interspersed in all of this is the occasional golf outing with their dad and grandparents.  Notice these guys are not big on soccer.  That's OK.  Brooke is the soccer player in the family and  Courtney has already been trying her hand at field hockey and looking forward to when she can be on a team.

Guess what organized sports I participated in from first grade (no kindergarten for me) to 12th grade.....not a single one.

As Bob Dylan wrote-The times they are a changin'.
Posted by George Stockwell at 9:57 AM No comments:

He lived. He laughed. He loved. He left.

He lived. He laughed. He loved. He left.
Those were the words that went across the screen of a slide show of my late cousin Johnny Van Patten.  I like them. They describe him perfectly.  They may be from a book or something. I'm not sure.

The last time I saw Johnny was sometime in the 1980s if I remember correctly but we corresponded and talked frequently so I feel as though I've been in touch with him for all those years.

Saturday, October 22, my wife and I and my sister and her husband traveled to Brooklyn, NY to attend a memorial service for Johnny. We then went to a restaurant for a buffet lunch where we got to reconnect with many long-lost relatives.  It was a great afternoon marred by the fact that it was the death of a loved one that brought us together as is so often the case.

It's a harsh reminder to take the time to reach out to people before it's too late.  We're not getting any younger-at least I'm not!


Posted by George Stockwell at 12:03 PM No comments:

Indications of the coming winter

While cutting wood in my yard yesterday, I was impressed by the abundance of acorns falling around me.  My driveway also seems to have more acorns than usual in it.  That led me to wonder about other things that may or may not be indications of the severity of the coming winter.

Pursuant to that end, I ran across this in my recent issue of  Farmers' Almanac. You can read this list and decide for yourself.

Here are the 20 Signs of A Hard Winter:

Posted by George Stockwell at 7:43 AM No comments:

With Autumn full upon us, be sure to check my web site periodically for photos of fall foliage and more.

georgeswebpage.com
Posted by George Stockwell at 10:01 AM No comments:

Vote or stay home? What should you do?

As this political season sinks ever lower I'm beginning to hear and read about people who have decided to sit this one out.  The idea of voting for either of the two candidates is so repugnant as to make them want to just opt out of the election this year.  They argue that they have a right to vote or not to vote.

I have a problem with this position on two counts.
First, there are more people than the two presidential candidates running for political office.  There are senators, congressman and a host of state and local people.  What about them?  Are they all as unacceptable as the two top posts?  No, I don't think so.  They deserve to have your vote.

Second and more importantly, free elections are the bedrock of a democracy.  A lot of people sacrificed their lives to preserve your right to vote.  It is your first responsibility as a citizen.  You owe it to yourself and your country to vote.

Can't bring yourself to vote for Trump or Clinton?  Fine, write in someone's name (this is useless too but at least you're voting).  Make the effort.  Vote.
Posted by George Stockwell at 7:51 AM No comments:

Happy Columbus Day. Here are a few things you may not have known about Columbus.

Contrary to popular belief, it was not Columbus’ intent to prove the earth was round.  Most educated people of this time already believed that.  He was actually looking for a western route to Asia.

Amerigo Vespucci, for whom America is named, was the first person to realize the lands Columbus found were not part of Asia but of some entirely new land.

Columbus lobbied multiple European countries, seeking to find financial backing for his voyage.  Portugal, England and France refused him, believing his calculations were incorrect and hat the voyage would take considerably longer than Columbus was projections (they were right!).  After nearly a decade, he finally found success with the monarchs of Spain.

Most everyone knows that Columbus made his historic voyage utilizing three ships – the Nina, the Pinta and the Santa Maria.  But did you know that only two of those ships returned to Spain.  On Christmas Day in 1492, the Santa Maria ran aground on a coral reef and had to be abandoned.  Because of this, there wasn’t room for all the crewmen to make the return voyage – 40 of them were left behind on the island of Hispaniola.  When Columbus returned the following Fall, none of those men were found alive.

Posted by George Stockwell at 6:30 AM No comments:

What to do instead of watching TV

Tired of rotten TV programing? Thoroughly disgusted with the political theater unfolding every day? Longing for a divergence? If yes, then I have a suggestion.  Read Carl Hiaasen's latest book: Razor Girl.

If you've never read Hiaasen before and if you like books with adventure, a solid story line, loony characters and plenty of humor you've got to give him a try.  Buy yourself a Kindle and start downloading some of his past books.

Start by going to Amazon.com and checking out his titles.  Once I've found an author I like, I  pay little  attention to the reviews but go ahead and take a look at some of them while also reading the synopsis offered by Amazon.

Razor Girl is very much like the others.  A laugh a page and an altogether wild ride.

A warning though:  There are some graphic parts and there's plenty of profanity so if you're put off by that proceed with caution.

Believe me, once you start reading this book, you'll forget politics!
Posted by George Stockwell at 7:40 AM No comments:

Happy 69th birthday to my wife Sandi. One more year and you join me in the 70s!  Have a great day and remember these sage words: Keep calm and carry on! 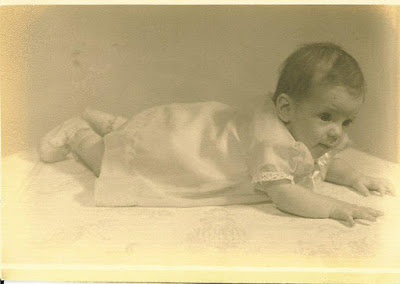 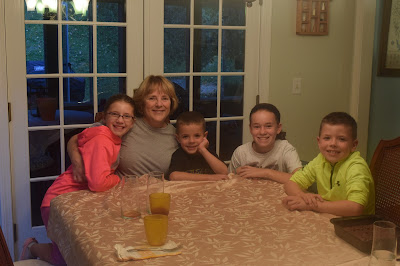 Posted by George Stockwell at 8:13 AM No comments: 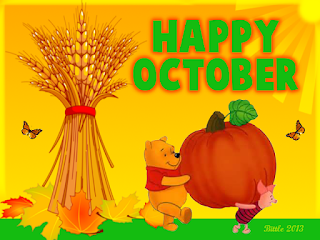 Happy October-one of my favorite months.  The weather is generally perfect and the fall foliage is beautiful.

Here are a few facts about October:

On October 1, 1896, free rural delivery of mail started in the United States.
October 4, 1957, the first artificial satellite was launched by the Soviet Union.
October 5, 1947, the first presidential telecast address from the White House was made by Harry S. Truman.
October 7, 1816, the Washington (first double-decked steamboat) arrived at New Orleans.
October 12, 1492, Christopher Columbus landed in America.
October 18, 1867, The U.S. flag was formally raised over Alaska.
October 22, 1836, Sam Houston was inaugurated as the first president of the Republic of Texas.
October 31, 1864, Nevada became the 36th state of the United States.

More US presidents have been born in October than in any other month: John Adams, Rutherford B. Hayes, Chester Arthur, Theodore Roosevelt, Dwight Eisenhower, and Jimmy Carter