The Healing Goes On

Last week was a busy week for me between doctor's appointments, visits to nursing homes and on three days I was involved in activities at my grandsons' school-Sandy Hook Elementary.

We are  about six weeks from the three year anniversary of the tragedy at Sandy Hook.  They have been a very difficult three years for many people who were at the school at that time.  Several of the faculty have requested and received transfers to other schools.  Some people have left the district to teach at schools in other towns.  But as I was making my way to my grandson's second grade class, I encountered the kindergartners walking through the school in costume.  All the other classes were sitting in the halls watching them, laughing and having a good time.

There's no question that the climate of the school has changed dramatically. Most everyone has successfully moved on and returned to as close to normal as one could reasonably expect.  It was good to see.

Next year will present a new set of challenges with the opening of the new Sandy Hook School on its original site.  The good news however is the children will be excited about it and with the possible exception of some of the fourth graders, they will not make any connections to what happened.  It will just be an exciting new school for them.  There will no doubt be a few more staffers who will request transfers (thus far the district policy is to allow all such requests).  I know of at least two people who will be retiring.  For the rest-life goes on.
Posted by George Stockwell at 7:51 AM No comments:

I'm not sure what else is coming up but it's all good stuff.  I get to be back in a classroom with my grand children and when I get home I can put it all out of my mind.

What's better than that, right?
Posted by George Stockwell at 6:09 PM No comments:

I usually begin every morning by watching the Today show for the morning news while I'm checking my emails and Facebook.  The only reason I watch Today is because it's on NBC and it's the local NBC30 station that I prefer to the others.  Increasingly, however, I am finding the Today show begins with something about Donald Trump.  This morning they announced plans to devote most of the program to a town hall meeting with him.  That was it! I've had enough. I am sick of the media giving this guy a free ride-especially it seems NBC.  I guess they can't find anything more newsworthy.  I switched to CBS this morning. I only watch these shows for about 15 or 20 minutes-long enough to and get the weather and see if anything interesting happened overnight.  From there I'll switch to something I've DVRd like 'How It's Made' or 'Modern Marvels' on the Science channel.  Sometimes I'll watch the history channel as long as it's not 'Swamp People' or some other stupid reality based show. And that's my rant for the day!


Posted by George Stockwell at 7:42 AM No comments:

The World of (some) New Cars

Sandi just leased a 2015 Acura TLX.  Acuras are made by Honda.  They're billed as Honda's luxury division and they're roughly equivalent to Toyota's Lexus or Nissan's Infinity although not as expensive.

This is the most amazing car I've ever driven.  I'm sure there are plenty of people who think it's nothing special but its many features are new to me.

The car has a powerful V6 engine and an 8 speed automatic transmission that you can barely feel shift.  It's also all wheel drive which for us is a must with our driveway and this climate.

These things are just the tip of the iceberg.  The car also has a navigation system which is by now old hat but I like the fact that you can program it for a location by voice.  In fact everything is voice activated.

Here are some other features:
Heated seats.
Collision avoidance system (blind spot warning and lane; lane change warning; following too closely warning).
Windshield wipers that  automatically adjusts their speed to amount of rain.
Engine shut off when the vehicle is stopped for more than a few seconds.  When you take your foot off the brake or move the steering wheel it starts up.
Two screens-one for navigation and the other a touch screen for climate control and audio settings.
There is no gear shift lever.  It's push button.  When you stop and open the door it automatically goes into park.  When you stop and push the on/off button the car goes into park and the engine shuts off.
There's a backup camera which is quite common on most vehicles now.
Keyless entry with two settings. Everything automatically adjusts to the driver 1 or driver 2 fob.

There's more but we're still learning how to use them so I'll update this later.

All in all a very nice vehicle. 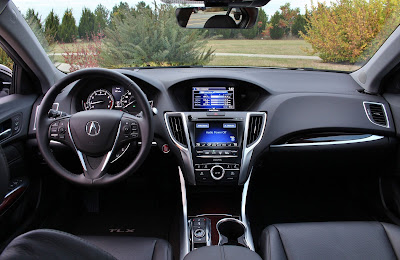 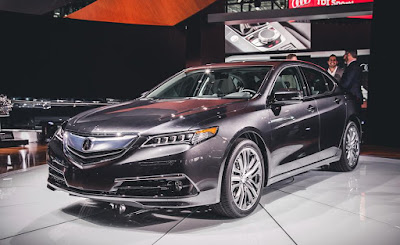 Posted by George Stockwell at 8:11 AM No comments:

I recently posted a slide show album of pictures of local fall colors.  It's on the photo gallery page of my web site.  Check it out. georgeswebpage.com

Posted by George Stockwell at 7:18 AM No comments:

Oct. 4-Happy birthday to my wife Sandi.
Oct. 11-Happy 8th birthday to our grandson Cole.
Oct. 12-Happy Columbus Day to one and all.

To learn some interesting trivia about Columbus, read on:

·  Christopher Columbus was born in 1451 and he died in 1506 (aged 54).
·  Columbus was a skilled sailor and navigator.
·  He was certain that the Earth was round. Although this was the view of most scholars and navigators at the time, it was not what most of the people alive in Tudor times believed. Many in the 15th century still thought that the Earth was flat and that it was possible to sail off the edge of the world.
·  Columbus wanted to find an easy way to reach the East Indies (South-east Asia). He decided that the best route would be to travel west from Europe, around the globe. Other navigators had also thought about this option, but they didn’t try it because they thought the distance would be too great.
·  Christopher Columbus struggled to get financial support for his planned westerly voyage. He approached the King of Portugal, John II, in 1485, asking for three ships. He was turned down. Columbus then tried to get funding from Genoa and Venice. They also turned him down. Henry VII, King of England also wasn’t interested in putting money into the voyage. Christopher Columbus finally got the money and ships he needed from Queen Isabella of Spain. This was in 1492

The Santa Maria wrecked on Columbus’ historic voyage.
On Christmas Eve of 1492, a cabin boy ran Columbus’s flagship into a coral reef on the northern coast of Hispaniola, near present-day Cap Haitien, Haiti. Its crew spent a very un-merry Christmas salvaging the Santa Maria’s cargo. Columbus returned to Spain aboard the Nina, but he had to leave nearly 40 crewmembers behind to start the first European settlement in the Americas—La Navidad. When Columbus returned to the settlement in the fall of 1493, none of the crew were found alive.

Posted by George Stockwell at 7:51 AM No comments:

One down. Many to go

Mark this day-October 8, 2015.  One very big autumn chore is now complete.  For the past two months I've been cutting, splitting, stacking, cutting, splitting, stacking, cutting, splitting....well, you get the idea.  Five cords of fire wood.  Three of them bought cheap-cut but not split or seasoned.  Two of them gathered from various sources myself.  This is wood for the season after the upcoming one.  I already have 3 cords ready for this year.  And with any luck at all I could squeeze another year out of it which would bring me to 2018 when I reach my 75th birthday.

Coincidental with today's milestone I got the second and last oil delivery for 2015.  I will have used a total of 366 gallons which is 100 gallons less than the year before in spite of record cold temps.  So how do I account for the savings?  Simple-a new Vermont Castings wood burning stove.  Between the large drop in fuel prices and the new stove I've pretty much paid for all the wood I bought and a good chunk of the stove. Pretty neat, huh?

Now it's on to other fall chores: pruning, a few house repairs, leaves, final mowing.  It never ends but I'm not complaining because I have a house and yard to do it in and I have the energy (usually) to do it. 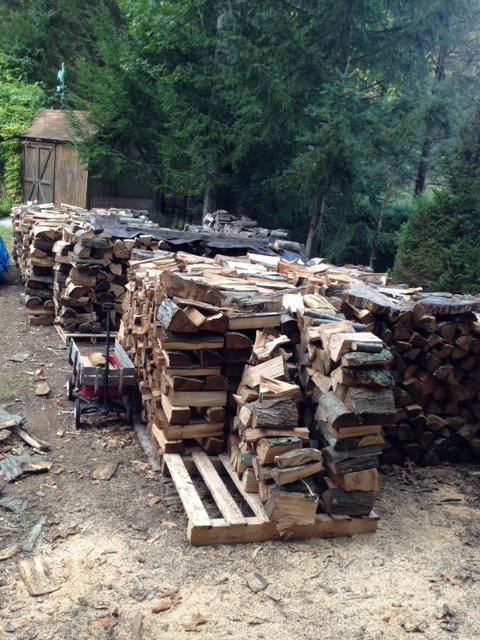 Posted by George Stockwell at 3:28 PM No comments:

Politicians need to stop saying "our thoughts and prayers are with you" and do something.

What should they do you ask?  For starters pass Federal laws that call for background check, require a waiting period, ban off the shelf sails at gun shows and stiffen the penalties for selling firearms illegally.  Will that put a complete stop to these kinds of things?  No but it might stop a lot of them and that's a start.

Once that's done, we can take it from there.  No one wants to repeal the Second Amendment. No one wants to deprive sane people from enjoying sport shooting, hunting or protecting their lives or property. The goal is to take steps toward keeping firearms out of the hands of lunatics. It's that simple.
Posted by George Stockwell at 7:33 AM No comments: