I have one more observation regarding the recent Supreme Court rulings then I'll stop for a while.

In one of its decisions it effectively removed blocks to same-sex marriages-but not entirely.  It left the door open for legislative action to be taken that would basically put the issue back on the table. Opponents of the court's ruling have 25 days to take such action.

So now the news is filled with reports of all sorts of movements underway to block Prop 8 as it's come to be known.  The opponents of equal rights for gays are simply not giving up.

My thought is why on earth are antigay forces making such a fuss. They're disguising their actions as those that preserve the 'Christian' or moral thing to do but let's face it, they're homophobes.

Does anyone really care who another person marries?  I certainly don't.  I don't care if a person marries a man, woman, goat or a tree in their front yard.  So long as they leave me alone, they can do what ever they want.

Here's the kicker:  the very people frothing at the mouth about gay marriages are the same people who rail against perceived government intrusions from the left.  Yet, they have no problem intruding themselves into another's life.   The hypocrisy and lack of logic here is totally lost on them.

These nuts need to just shut up and  go away.  Leave people alone.
Posted by George Stockwell at 12:30 PM No comments:

A recent piece in the Danbury News-Times reported on a well respected Stamford resident who is flying the Nazi flag off his front porch to protest the policies of President Obama.

Conversations with several neighbors revealed that the guy was well liked and respected.

The guy's explanation was that he was not trying to suggest that Obama was a Nazi.  He was simply trying to make the point that in his view the president was making policies very much against the best interests of the country.  Furthermore he is calling for Obama's impeachment.

In my opinion the fact that his neighbors are taking such a nonchalant approach to this display is appalling.  The Nazi flag represents the ultimate in evil.  After all, Adolf Hitler was responsible for the mass execution of 6 million people.

To even remotely equate Obama's leadership with Hitler's is so profoundly absurd that it gives one pause to wonder what on earth these idiots are thinking.

This level of ignorance is intolerable.  Fortunately for them, the First Amendment protects their right to embrace this kind of insane thinking.  I would like to think the majority of Americans are far more level headed.  At least I hope so.  If not, we're in deeper trouble than I originally thought.
Posted by George Stockwell at 4:34 PM No comments:

The Supreme Court of the United States, aka SCOTUS.  It's been in the news quite a bit lately with a flurry of activity and rulings before their summer recess.

But with the exception of a few special-interest groups who are most affected by their rulings, not many people are paying much attention.  In fact I'll bet if you were to pick 10 people at random, one at most would be able to name all 9 justices.  In fact there are probably only a handful of people who even knows there are 9 much less their names or that 6 of the 9 are men.

The fact of the matter is, however, that they are absolutely the most important group of people in the country.

Think about it.  They get to decide if the laws our state and federal governments pass are constitutional. And to top it off, unlike in lower courts, there is no appeal.  Their word is final...period.  End of story.

Two of their recent decisions for example have far-reaching consequences.

First, there's the ruling regarding the Voting Rights Act.  It effectively allows states to redraw their congressional districts as they see fit.  The upshot is that a state like Texas for example can now make it almost impossible for a democrat to get elected.  Nice, huh?

They left the door open by suggesting Congress revisit the act and modernize it.  Good luck with that.

The second big ruling is in regard to gay marriages.  Basically, they said the state of California can not deny to gay couples the same rights afforded straight couples.  It's a huge victory for gay rights.

In my humble opinion the courts screwed up in one case but got it right in another.  I'll leave it to you to figure out which side I'm on but if you're a regular follower of this blogspot, it won't be hard to do.

So the next time you hear of a SCOTUS Justice retiring, pay attention.  The next person to get on could shift the balance of the court and make a huge impact for many years to come.

OK, ready??  Who's the Chief Justice of SCOTUS?


Posted by George Stockwell at 2:49 PM No comments:

We returned yesterday afternoon from having spent three days visiting friends who live in a fairly remote area of Pennsylvania.  It's located about 45 minutes northwest of Scranton and it's overall about a 3 hr drive.

There are a number of advantages and some would say disadvantages to spending time in a region like this.

There's of course the obvious advantage of visiting with friends whose company you enjoy.  There's the added advantage to me of beautiful, untouched countryside consisting of woods, fields and streams.

The down side is that getting to stores or restaurants involves a longer drive than what one may be used to.  In fact depending on what you're looking for, it could be a rather considerable drive.

There's also the fact that where we were there was no cable or cell service.  The folks we visited did have satellite TV and a rather slow internet connection but at least they had one.

Was this a problem?  Certainly not to me.  We had a very pleasant visit.  Younger folks who have a need to 'stay connected' may have found it to be a huge inconvenience but we found it very restful.  After all, we could still eat, walk, talk and read.  What else do you need to do?

I think it's good for everyone to step away from the information highway, disconnect and relax once in a while.  Too many people are leading hectic--almost frantic--lives, constantly on their phones checking their Facebook status and emails.

Relax.  You'll live longer.
Posted by George Stockwell at 7:15 AM No comments:

Newtown schools are out for the summer.

My heartfelt congratulations to all Newtown teachers, staff and students. The year is over and you will FINALLY get to kick back for a while to let the healing process continue. How you all managed to carry on and present a cheerful demeanor to your students every single day is something I'll never know but you did it! Have a wonderful, restful summer. I hope to be seeing some of you this fall when my grand son, Cole, attends full day kindergarten.
Posted by George Stockwell at 6:51 AM No comments:

Finally catching up with yard work in spite of rain rain rain.

How about all this talk of US intelligence agencies listening in on conversations of foreign leaders?  I know.  I don't care either. 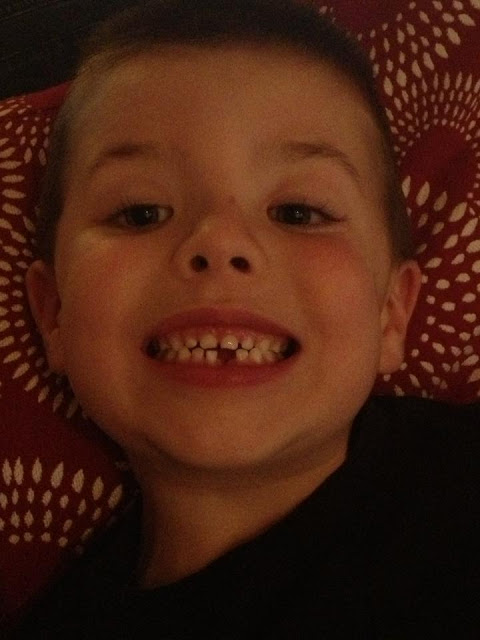 Posted by George Stockwell at 7:06 AM No comments:

Happy Father's day to all you great dads out there.  You're doing the most important job there is.  Keep up the good work!

Here's a picture of two great dads-my son Peter and my son-in-law Mike. 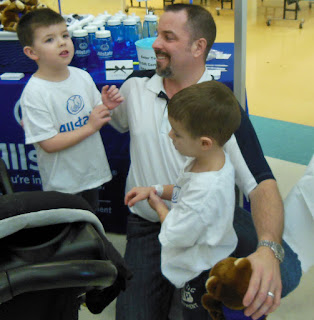 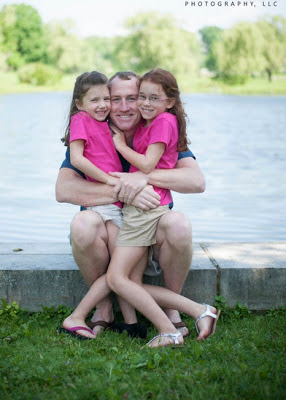 Posted by George Stockwell at 7:21 AM No comments:

Today is Flag Day.  It is also the 6-month anniversary of the tragedy at Sandy Hook School-a horrible event that is still fresh in our minds. 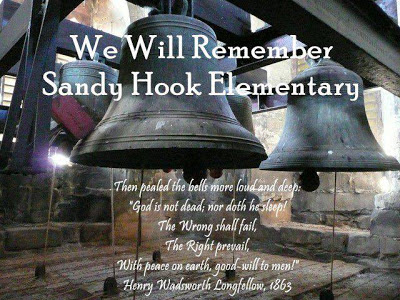 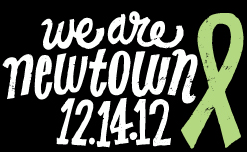 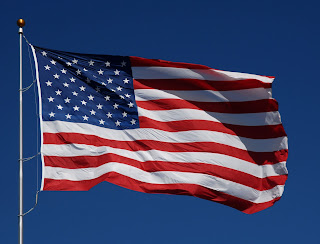 Posted by George Stockwell at 7:13 AM No comments:

The issue of government surveillance aside, the National Security Agency employee who leaked classified information to the press is a traitor--pure and simple.

He needs to be located, returned to the United States and tried for treason.

The fact that he thinks the government is going too far in its surveillance techniques is irrelevant.  There are procedures in place for people to report such abuses.  He did not follow it--not even close.

End of story.
Posted by George Stockwell at 8:47 AM No comments:

Today marks the 69th anniversary of D Day, the largest amphibious invasion the world has ever known involving over 160,000 soldiers and 5000 ships. By the end of the day there would be over 10,000 allied casualties.

D Day was the beginning of the end of World War II. 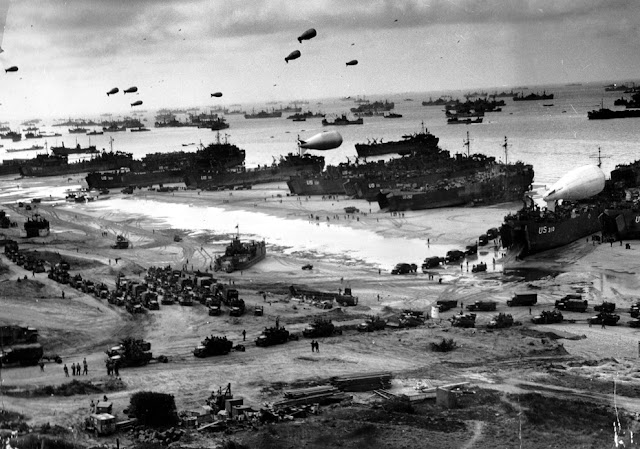 Posted by George Stockwell at 7:03 AM No comments:

Happy birthday to Becky, born this day 1975.
Time marches on! 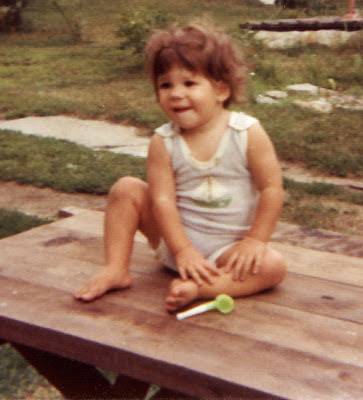 Posted by George Stockwell at 6:54 AM No comments:

Posted by George Stockwell at 3:36 PM No comments:

The Children's Studio of the Performing Arts paid tribute to Sandy Hook School last night at Oxford High School.  Grand daughters Brooke and Courtney each performed at the event.  Video of their performance to follow.


Posted by George Stockwell at 2:54 PM No comments:

Happy June one and all.  To learn more about the month, click here:
georgeswebpage.com/almanac

Posted by George Stockwell at 8:04 AM No comments: