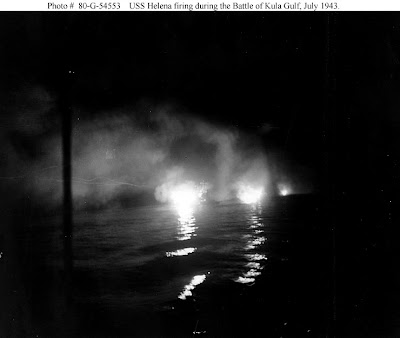 I met with 97-year-old Ed again yesterday. When looking over his WW II experience, one has to conclude it's a miracle he's alive.

First, as described earlier, he survived the bombing of Pearl Harbor.

Ed's ship, Light Cruiser Helena was not sunk but it was heavily damaged.

After repairs, Ed and the rest of the crew set out for the Pacific where they joined the task force that was headed for Guadalcanal.

Incredibly, the ship did not sink immediately so Ed had time to abandon.

Many men were killed, some made it to rafts but Ed was in water where he tread water and dog paddled for about two hours. Just when he was giving up hope, he heard voices so he swam over and was picked up by a raft.

From there they were picked up by rescue ships and that begins a whole new adventure for next time.

But when all is said and done after the torpedoes, over 400 men had been rescued and over 200 were killed.

Since we're going to be in Florida until May 8, I won't be seeing Ed for a while but I have sufficient notes to continue this narrative until our return. So come back soon.
Posted by George Stockwell at 7:03 AM No comments: 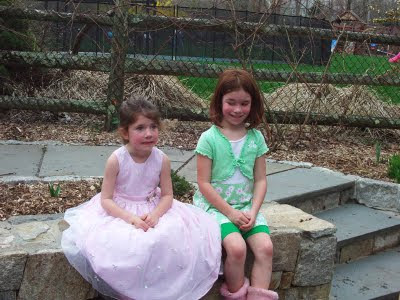 It was a great day yesterday, Easter Sunday.

Even Mother Nature smiled upon us with warm temperatures and (mostly) sunny skies.

My two grand daughters, Courtney & Brooke, are here hamming it up for the camera.

For more pictures and a video, click here:
http://georgeswebpage.com
Posted by George Stockwell at 7:44 AM 2 comments:

I have not been very diligent with my blogging lately.

I didn't meet with my two new WW II veteran friends this week so I have no new stories to report.
In addition to that I have been busy with baby sitting duties and spring chores.

The leaves that blew into the yard over the winter are finally gone and the flower beds are cleared out.

I still have to buy and spread mulch, power wash the house & deck, paint the deck, wash the windows and plan our garden.

Unfortunately, spring rains are interfering with my efforts. Plus we are leaving for Florida soon for about 8 days.

Oh well, the chores will be here when we get back.
Posted by George Stockwell at 7:01 AM 2 comments:

It is what it is. Whatever!

I'm growing more and more annoyed with the increasing frequency with which people are using certain expressions. OMG!

This is especially true where people who are supposed to have a command of the language are concerned, ya' know?

Hey, you guys. Listen up. Whenever you guys have an awesome story to tell can't you exercise a little more due diligence with the editing?

Oh, I know, I know. Awesome stories should not be minimized. I guess I'll just have to deal with it. Whatever. It is what it is. My bad. Ya' know? LOL
Posted by George Stockwell at 10:11 AM 3 comments: 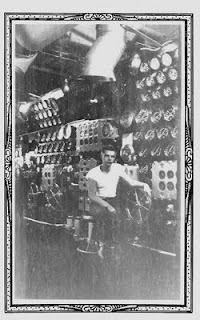 Today I met with Ed, yet another member of the greatest generation.

Ed enlisted in the navy in 1935 at the age of 21. Because he had no training or skills, he had extreme difficulty finding employment. This was complicated by the Great Depression.

He joined the navy in order to have a job and acquire a useful trade.

Ed went to Machinist Mate school for 20 weeks. He is pictured here in front of the instrument panel of the number two engine for the USS Mississippi.

When Ed finished his training he was assigned to the light cruiser, USS Helena.

On December 7, 1941 the Helena happened to be docked at Pearl Harbor. Early that morning, while Ed was showering, the Japanese attacked Pearl Harbor. Ed escaped through a port hole (window) and swam to safety.

The Helena was heavily damaged but it could be and ultimately was repaired.

After repairs, the Helena with Ed aboard headed for the Pacific. And that is where a whole new set of adventures begin.

I'll be seeing Ed and Bert (see previous post) again next week at which time I'll have more to tell you.
Posted by George Stockwell at 4:45 PM 2 comments:

Meet another member of the Greatest Generation 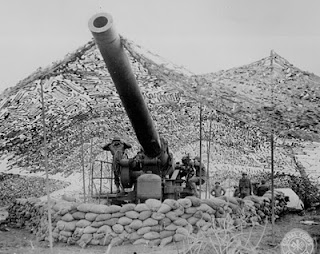 Meet Bert. Ninety two years old and a resident of an assisted living facility I visit.

Bert has many interesting stories to tell but I'll begin with the one about his WWII service.

So Bert and I had many connections.

The most interesting story so far is one he recently told me. It seems Bert was a mess sergeant. For the uninitiated, 'mess' means food service. As a sergeant Bert was in charge of getting all the troops fed.

Toward the end of the war, Bert actually had German prisoners working for him. I didn't realize we did that as a matter of policy during WWII but Bert said it was not unusual. I asked him if he ever felt in danger or if the captured Germans presented a problem since they were now working for their enemy.

Bert said to the contrary. Toward the end of WW II, the German army was suffering terribly. Half the men were starving. Because of that and other issues, they were more than happy to work for us--if for no other reason than to get fed and generally taken care of.

The really interesting part of all of this is that one of the prisoners was an 18 year old German army deserter named Joseph Ratzinger. You may know him by his more familiar name: Pope Benedict XVI.

It seems the current Roman Catholic Pope had been inducted into the German army at a very young age, learned of some of the horrible things being done and deserted. He was ultimately captured by Allied forces and eventually assigned to Bert's team.

Bert has a lot more to tell me as does Ed, another member of the Greatest Generation I'll be talking to soon.

Come back.
Posted by George Stockwell at 8:39 AM 3 comments:

Join me in welcoming two new members to the Lunatic Fringe

On previous occasions I have published a (growing) list of members to the group of people who have come to be known as the Lunatic Fringe.

They have earned this dubious distinction because of their loopy ideas and laughably absurd statements.

Let's take Trump first. He's actually considering a run for the presidency but why would anyone be surprised. He has such a monumentally huge ego, I'm surprised he hasn't declared himself the Second Coming.

This wing nut is running around echoing the lunatic tirades of the 'birthers', supporting their belief that Obama isn't really an American because as Trump puts it, no one in Obama's kindergarten class would remember him! What a jerk.

He then goes on to say that his superior negotiating skills would be used to sit down with the petroleum exporting countries and demand they lower their prices.

Uh, OK. Let us know how that works out, Donald.

There's more but I can't bring myself to think about it. It's all so absurd.

Now for the latest product of the Tea Party movement, Michele Bachmann. This nut job stated in a recent speech that the American Revolution started in New Hampshire. As we all know it was in Concord, Massachusetts that it started, not Concord, New Hampshire.

She also stated that our Founding Fathers eliminated slavery in the Declaration of Independence. Wrong, jerk. They did no such thing.

Finally, she has concluded that global warming is a hoax perpetrated by the liberal scientific community.

Enough about this one too. You get the idea.

Welcome to the Fringe, Donald and Michele. I'm sure you will both feel very much at home there.
Posted by George Stockwell at 11:38 AM 2 comments: