One more victim has been added to the list of people in the 12/14/12 tragedy at Sandy Hook School. The father of one of the victims took his own life at Edmund Town Hall in Newtown this morning.  The town is understandably reeling at the news with hundreds-perhaps thousands- of reactions on social media  and the local newspapers and television.

This latest victim was a man who 'seemed' to be dealing with his loss constructively.  He started a foundation in his daughter's name-The Avielle Foundation-and he was an active, inspirational speaker for the cause of mental health.  It is a very sad reminder that no one really knows what kind of pain people may be in-at least not until they seek help. Sometimes, as in this case, it is too much to bear. In my view there is nothing worse than losing a child. Nothing. Sure losing a spouse, a parent, sibling, etc is traumatic but losing a child is in a whole other category to me.  Frankly, it's a wonder to me that there aren't more suicides when this kind of thing happens.

But for now all one can do is be kind, be patient and try to be perceptive-and be there for anyone who shows signs of severe depression. You don't have to be a specialist but know how to get the person the help they need.

Another sad day in Newtown.
Posted by George Stockwell at 3:23 PM 1 comment:

For Whom the Tolls Toll

There's a controversy raging in the state of Connecticut at the moment.  Gov. Ned Lamont has pledged to dramatically improve the state's crumbling infrastructure and in order to pay for that he's proposed installing electronic tolls on the interstate highways that pass through the state.  Thus the controversy.

Nearly all legislative republicans, some democrats and a significant number of residents oppose tolls.  The main reason is because they cite CT as the most taxed state in the country and tolls are just one more burden on an already overburdened tax payer.   Then they go on to list a long litany of others.

Frankly, one has to sympathize with these howls of pain.  We are over taxed.  But let's face it.  The state's infrastructure is a mess.  Everyone agrees on that.  The problem is how to pay for it's repair.

Toll booth opponents maintain with appropriate cost-cutting practices, the money would be there without tolls.

I know what they mean by cost-cutting.  They mean continue to screw state employees and the teacher's retirement fund.  The state has been doing that for years. What's the problem?  Those people are over compensated as it is.  It doesn't matter that the state is contractually obligated to support the pension funds of these two groups and for years they've been underfunded.  Abiding by legal contracts is apparently not an issue for many.

So what to do?  What are some other solutions?  One that I've heard is to put up the tolls but give CT residents a significant tax break.  Let out of state motorists bear the burden.  They are using the roads so it's only fair they help maintain them.
Posted by George Stockwell at 5:07 PM No comments:

A nation of privilege

You know how the great American dream use to be work hard, get an education, be honest, treat others as you would like to be treated and the American dream can be all yours?  Remember that?

In light of recent events, i.e. the college admissions scandal, it would seem that's a load of bull.

Consider this. If you were lucky enough to be born into wealth you are entitled to the following:
An education where ever you want to go.
Quality health care.
Easy passage through the legal system if the long arm of the law finds you.
Excused from serving your country.
Good jobs and appointments to high places (maybe even the Supreme Court!).
This is just to name a few!

The good news is that with the latest incident receiving so much attention, maybe the public will start to be more selective in their elective choices.  Let's face it, the democratic party has been far more sympathetic and responsive to this problem than republicans.  Let's remember that next year.
Posted by George Stockwell at 8:46 AM No comments:

Take a tour of the International Space Station

I'm posting a link to a 25 minute YouTube video of the International Space Station.  It's a little long but well worth it.  A fascinating look at how the ISS works.  If you're into that sort of thing, check it out. 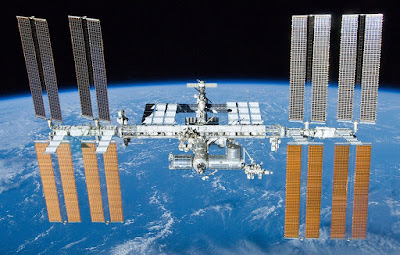 It's daylight savings time.  Tonight we'll all go around setting our clocks ahead one hour (unless you forget in which case you'll be running around tomorrow morning doing it) in the mistaken belief the days will get longer.  Obviously adjusting a clock has no bearing whatever on how much daylight we are going to get.  What we're doing is simply making the day longer at night but shorter in the morning under the belief that it's more desirable to have more light at night.

This tradition started as an energy saving strategy during World War I and for the most part continues to now.  There are some places that don't observe DST thus confusing things a little.  For example I remember some time ago my brother-in-law lived in a state that didn't observe it and whenever he called at night it would always be after we had gone to bed because he would forget about the time difference.

Anyway, there's a movement under way to leave the clocks alone.  In fact I think I heard or read somewhere that some senator has introduced a bill to change things to Standard Time and leave it at that.

I for one don't much care although I do feel bad for kids who have to get early school buses.  Very often they're waiting in the dark.  This can make for a dangerous situation.

Maybe we should leave the clocks the way they are going to be after tonight, i.e. DST.  Then we could just call that Standard Time from now on.

All I know is whatever we do it will take me an inordinate length of time to adjust.  I'll be tired one way or the other.

Posted by George Stockwell at 12:02 PM No comments:

Are you on one or more social networking sites?  I signed on to Facebook several years ago when it was quite popular and from what I read with over a billion users I guess it's still going strong.  Although others are gaining fast with Instagram for example at about 100 million and growing.  Instagram is apparently the favorite among the younger crowd or so I've heard.  My two teenage grand daughters use that.

I got on Facebook because I wanted to keep in touch with distant relatives.  Then I posted a bunch of class pictures from my 32 year career as a teacher and before you know it former students, now young men and women, jumped on board and friended me.  It was a lot of fun seeing what they were doing now and how well they were.  I'm also friends with a lot of former colleagues who I otherwise would lose touch with.

Then there are high school classmates and finally "real" friends-not the acquaintances we call friends.

Even with all that I only have about 145 friends.  I see where other people have 5, 6, even 7 hundred 'friends'.  Many people haven't a clue who their friends are.  They just keep friending people for the high numbers. I get tons of friend requests from people I don't know.  I of course ignore them.

Another thing is it amazes me to see the various things people post.  Anywhere from political commentary to jokes to math puzzles and riddles (one of my favorites to post) to romance problems to requests for advice as to what to buy or who to buy it from.  I read recently where one lady posted a description of two houses  she and her husband were down to to purchase and she wanted to know which one they should buy since they couldn't decide!  There's a lot of other stuff there too but it seems to me that a lot of those things are pretty personal.  Do you really care what a bunch of strangers think?  After all, as I pointed out, even though you call them 'friends' they're not really.

Anyway, I'll keep using it for the time being.  Whenever I encounter someone I find annoying, I simply block their posts without necessarily unfriending them.  That way they don't know I can't see their obnoxious posts.


Posted by George Stockwell at 4:08 PM No comments:

As I write this it's snowing.  More is coming tomorrow morning and even more Sunday night into Monday.  Happy March anyway.  Spring is right around the corner.
To learn more interesting things about March, click here: georgeswebpage.com/almanac 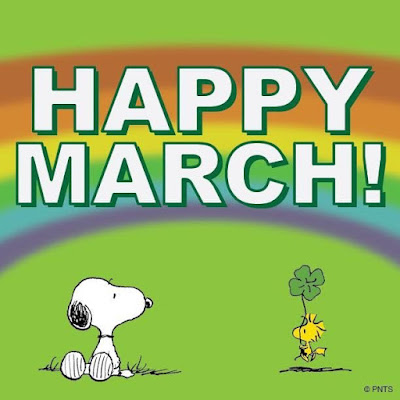 Posted by George Stockwell at 7:56 AM No comments: