I read an article the other day in the newly released 2018 Farmer's Almanac about building free-standing stone walls.  The guy listed a lot of dos and don'ts that would ensure they last a long time.  As anyone who has ever taken a stroll through the woods, stone walls can appear just about anywhere-mainly because believe it or not at one time there were much fewer wooded areas than there are today so farmers got stones out of there pastures or gardens by building walls.

I was reminded of this article while stacking recently split firewood.  It seemed to me that many of the rules applying to building a solid stone wall applied to stacking wood.

Here are a few observations:
1. Began your stack on level ground.  Nothing will bring a stack of firewood down faster than that last piece of wood tipping the balance in gravity's favor.
2.  Rather than have to find a way to support the end of the stack, build a system of crissed-cross logs to create a column.  Make sure it's composed of the right kind of logs, i.e. a good, even flat surface and no movement as you go up.
3. Like building a rock wall where there's a rock for every place in the wall, wood piles are the same. There's a piece of wood in the pile somewhere that will fit perfectly.
4. As you get higher, try to move the stack.  There should be a minimum of movement.
5. When you're finally up to 4 feet which is the optimum height and you're done, cover the top only of the stack-not the sides.  Contrary to popular belief, it's not the sun that seasons wood. It's air flow through the logs.

Follow these rules and you won't find yourself going in the house, sitting down with a glass of water and hearing a series of thumps on the ground outside.  I know because it's happened to me and in fact everything I've listed was learned the hard way so don't feel bad if you don't succeed the first time.

In my view there are few things more satisfying than gazing upon a nicely constructed stack of fire wood waiting for the first nip of winter. 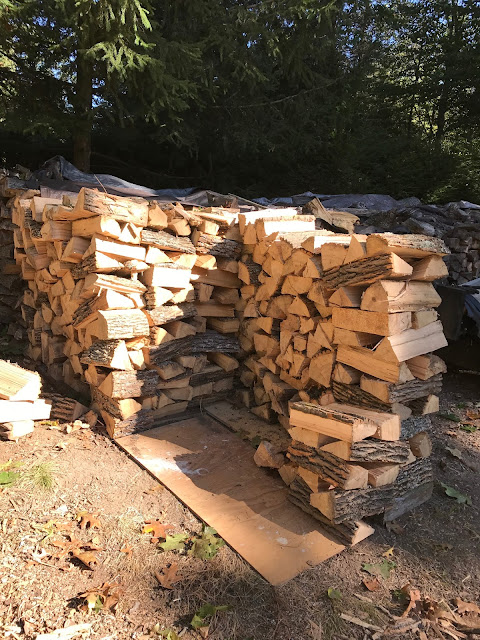 Posted by George Stockwell at 6:08 PM No comments:

"The medium is the message"

The medium is the message is a phrase coined by a contemporary philosopher/professor in the 60s.  His name is Marshall McLuhan.  It is in my view one of the great truisms of our time.

To illustrate what McLuhan meant by it,  let's look at the controversy now raging among pro athletes regarding Trump's recent remarks about kneeling during the national anthem (Isn't there always some sort of controversy? What will it be when this one dies down?).

To paraphrase Trump he said basically every team owner should fire every son of a bitch who does not stand for the national anthem.

I think most people would agree that it is a basic sign of respect for our country and the men and women who are now serving and for those who have in the past.  Who wouldn't agree with that?
Well, apparently there are in fact some people who don't. What's more it's their right-a right confirmed by the supreme court and a right guaranteed by the Constitution.

As usual, Trump's method of disagreeing with those people has become the message-not the issue itself.

The same thing happened regarding the Charlottesville fiasco. The issue there was not really about statues. The issue was the presence of Nazi's, white supremacists and the Ku Klux Klan.  In Trump's handling of this, he basically legitimized hate, bigotry, racism and violence.  The statue thing got totally lost in the shuffle.

In other words in both these examples, it was the medium that became the message, not the core issue.

We all know of course that Trump is too stupid to figure this out.  I'm sure he never heard of Marshall McLuhan much less understand his point.  But how about the rest of us.  Well, that's exactly why we see the push-back that we're seeing.  People are trying to get across to Trump that he needs to find better, more effective and respectful ways to make his point.  Think he will?  Me neither!
Posted by George Stockwell at 11:47 AM No comments:

Here are 10 facts you may not have know about Autumn.
Fact #1:  Americans typically refer to this time of year as “fall,” while the British use the word “autumn.” Both terms date back to the 16th century but before that it was called “harvest.
Fact #2:  Fall was called “harvest” because of the “harvest moon” that occurs when the full moon is closest to the autumn equinox. Before man-made lighting, this moonlight was essential to a prosperous harvest.
Fact #3:  Weight gain around this time of year may not only be due to comforting fall foods like pumpkin pie and cider, researchers have found that lack of vitamin D reduces fat breakdown and triggers fat storage.
Fact #4:  According to The Weather Channel, pumpkins are the most craved food during the fall. Although, if you’ve left the house anytime recently, this may not come as a surprise to you.
Fact #5:  The yellow and orange colors you see actually always exist in leaves but they are overpowered by the abundance of green from chlorophyll. The amount of chlorophyll starts to decrease as the sun weakens and the days grow shorter.
Fact #6:  Red and purple leaves are only that color because of the presence of sugars and sap that are trapped within the leaves. These sugars provide plants with the energy they need to survive.
Fact #7:  Many birds will prepare for their winter migration during the fall. The distance they can travel is impressive; the Arctic Tern travels 11,000 miles each way for it’s annual migration. That’s no small feat.
Fact #8:  Evergreen trees such as pines, cedars, and spruces stay green because their leaves (needles) are covered with thick wax and they contain materials that prevent freezing when it gets cold.
Fact #9:  Men and women experience high levels of testosterone during the fall. This makes sense because more babies are conceived during the fall and winter. The cause is unknown but it could be due to lack of sunlight or even go back to ancient mating rituals.
Fact #10:  We can’t forget Halloween! Halloween takes place in the fall and comes from ancient Celtic tradition. They believed that ghosts roamed on Halloween and people would wear disguises in order to hide from these spirits. 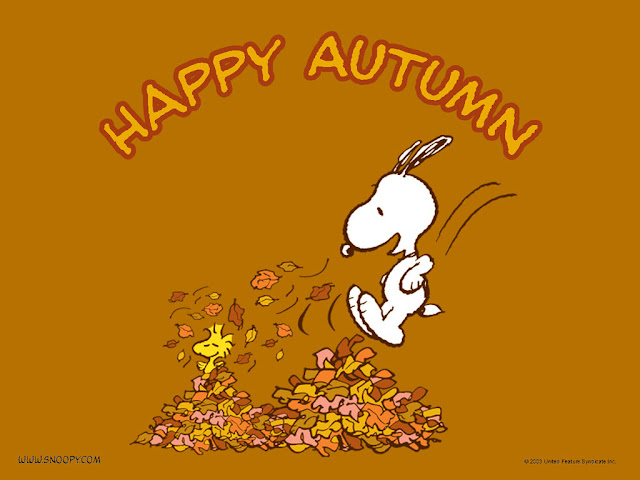 Posted by George Stockwell at 2:45 PM No comments:

1.  Jose is proving to be much less troublesome here and in FL than Irma-fortunately.
The situation in FL is getting better.  Power had been restored for some time but waste water disposal is still a problem.  Hopefully, the situation will be much improved by the middle of October.

2. Hurricane Maria, Cat 5, is now in the process of destroying several Caribbean  islands.  With any luck at all it will do as projected-turn Northeast and go out to sea.

4. Sandi got me a new laptop for our 50th anniversary-a MacBook Pro.  Great machine but missing some of the features I use, i.e. USB ports and a DVD.  I borrowed a DVD and bought an adapter for to have USB.  Why does Apple do that?

5. My son-in-law and I recently cut and brought home about two cords of wood from a friend's house.  We've split about half of it.  Already in good shape for next couple of years.  Working on year three.  In spite of global warming we still have winters here in CT.

Bye for now.
Posted by George Stockwell at 6:13 PM No comments: 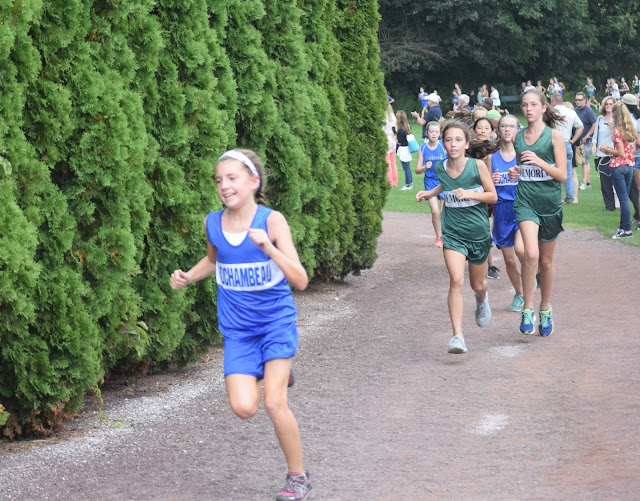 Posted by George Stockwell at 9:18 AM No comments:

It has been several days since I posted anything mainly because we've been anxiously following Hurricane Irma.

As we know, Irma was a Cat 5 hurricane, pretty much the most powerful storm to hit Florida in a very long time.  The entire state was affected but particularly the west coast where our condo is located-  Naples to be exact.

Preliminary reports were that the area was a mess.  Later reports were toned down somewhat.  There were many trees down of course and there probably isn't a carport left standing but other than that there did not appear to be any significant flooding.  According to pictures sent to me, roof tiles were intact and power and water are back on.

All in all, cleanup crews and utility workers have done a fantastic job.

We're headed there Monday to check out our place and arrange for a home watch person.  So all in all it could have been much, much worse. The storm surge we kept hearing about never happened or,  at least if it did,  not nearly as bad as they kept predicting.

So it's on to the next one. Thank God Jose is going out to sea.

Posted by George Stockwell at 2:41 PM No comments:

1. Hurricane Irma is posing a serious threat to the region of Florida where our condo is.  We were supposed to go there this week but wisely moved it down the road two weeks.  We don't have a new home watch person yet but we do have a neighbor who is going to move lanai furnishings inside before heading out.  Hoping they'll all be OK.

2. Be sure to check out my web site georgeswebpage.com. There is a new slide show link on the photo gallery page of the Corning Glass Museum.  Also, Brooke's page has been up dated.  Lots of new stuff to see.

That's it for now.
Posted by George Stockwell at 3:59 PM No comments:

It's September already. Three weeks until Autumn. To learn more about the month of September, click here georgeswebpage.com/almanac 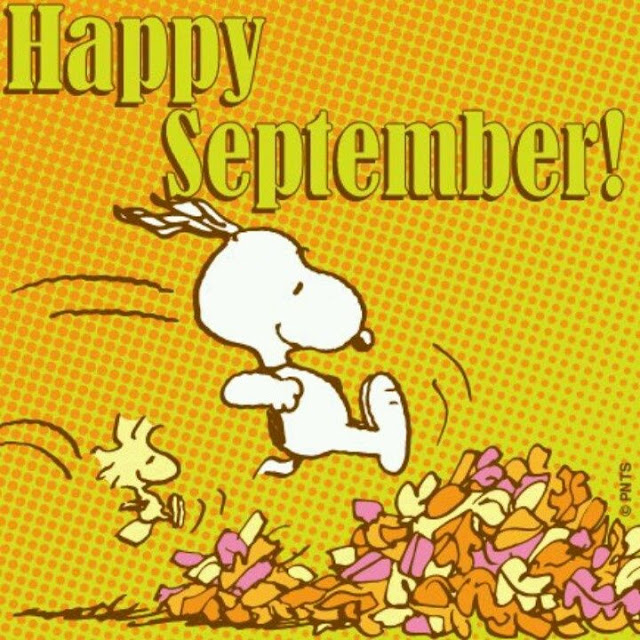 Posted by George Stockwell at 7:38 AM No comments: