This is without question one of the worst Fox News interviews ever broadcast.  The so-called journalist conducting the interview clearly has an agenda, did not read the book and is by any measure so profoundly ignorant as to defy logic.

Yet, there she is, still plodding along.  Happily-for you and me as well-this will be the last post regarding anything on Fox News because I won't be monitoring it any further.
Posted by George Stockwell at 6:23 AM No comments:

A (too) quiet house

For the past four days our two grand daughters ages 9 & 6 have been staying with us.  Their parents had work obligations that took them out of town all  week.

The girls returned home yesterday afternoon so this morning instead of getting up to let a dog out and start the day,  it is eerily quiet.

No more giggling in their room.  No more dancing, singing, playing school,  helping with workbook pages,  settling minor squabbles and preparing breakfast-all of which happens within the first two hours that they're up.

I have found quite logically that the older our grand children get, the less they need us to be involved with every thing they do.  They are quite capable of amusing themselves while I do routine household chores or workout or whatever else I might have to do.

There's a mathematical logic to this process in that the length of time they're able to go on their own is directly proportional to their age.

This of course is normal.  We want our children-and grand children-to be independent.  But it's also a reminder that we too are getting older.

We need to enjoy them as long as we can.
Posted by George Stockwell at 8:06 AM No comments:

Edward Snowden's father (and his lawyer)  appeared on the Today show recently strenuously defending his son's actions by citing all sorts of wrong-doing on the part of government in general and numerous security agencies in particular.

The poor guy doesn't get it.  None of what he said is the point.  Maybe he was right in what he said about government but the fact is his son still revealed damaging, classified information.  He broke security and then instead of staying in the US to defend himself, he fled.

He needs to be returned to the US to face trial.
Posted by George Stockwell at 7:51 AM No comments:

"A stand-your-ground law is a type of self-defense law that gives individuals the right to use reasonable force to defend themselves without any requirement to evade or retreat from a dangerous situation."

On the surface it seems reasonable enough.  You threaten me, I get to take care of myself.  Simple, right?

Well, no.  Not so simple.  In many areas-most recently Florida-it has come to mean something very different.  It means more than just self defense.  Unfortunately it means to many people "don't even look suspicious!"

The stand-your-ground movement across the country is in my considered opinion one of the most dangerous-and wrong-headed-laws man has ever conceived.

Make no mistake about it.  There are going to be more Trayvon Martins.  Many more.

Take cover!
Posted by George Stockwell at 9:30 AM No comments:

I just finished reading Khaled Hosseini's third book "And the Mountains Echoed".  The first one was "The Kite Runner" and the second "A Thousand Splendid Suns".  I read all three.

Hosseini is a gifted writer.  To me what makes his books even better is the fact that they can teach us so much about a people who are literally and figuratively foreign to most Americans-Muslims.

Every once in a while, either in print or on TV, I come across some ignorant big mouth ( I find it one of life's annoying ironies that ignorant people are often the loudest) explaining how all Muslim people have one goal in life.  That is to kill the infidel, aka us.

Fox News among others seems to be especially fond of this view.

The idea that millions of Muslims the world over want to destroy us is of course ridiculous.  Like everything else  in religion or politics it's the extremist-or lunatic- fringe that is dangerous, not the mainstream.

To really understand this, it is necessary to learn a little about a given culture-or as it has been often stated-take a walk in someone else's shoes.

Well, one way to do that, short of actually visiting the country,  is to read the fiction of that culture; hence, Khaled Hosseini's books.

Read them or at least some of them.  You won't regret it.  As a bonus you will not only have a great read, but you'll also learn that the vast majority of the Muslim people are just like us.  They simply want to live peaceful, secure  lives with the people they love.
Posted by George Stockwell at 3:53 PM No comments:

The "Experts" Weigh In

It's official.  George Zimmerman has been acquitted of charges brought against him for the death of Treyvon Martin.

But if you read the papers, watch news broadcasts, listen to talk shows, look at Facebook posts, follow remarks on Twitter, read blogs or just plain talk to a group of your friends it is clear the jury got it completely wrong.

Words like "gross miscarriage of justice" or a "travesty" or "another murderer goes free" can be read and heard everywhere.

The interesting thing is that not a single one of the people writing and stating these lovely remarks had any access to the evidence nor were they on the jury or even attend the trial every single day-or even a few days.  What they did do was watch the news or read about it on the Internet.

All of their information was gained from some other source, most notably, the media. Yet they regard themselves as well-informed enough to pass judgement.

Interesting how the human mind works (or in this case doesn't).
Posted by George Stockwell at 7:37 AM No comments:

In my conversations with numerous people (yesterday was the most recent) regarding the $11 million fund being administered by Newtown Savings Bank and The United Fund, I keep hearing a major misunderstanding.

No matter what one may think of the United Fund, the plain fact is that they are in no way what so ever profiting from the fund they're helping to administer.  In fact they're losing money.

The money is wholly controlled  by a group of people who have sole decision-making authority.  The Fund takes no fee for its efforts.

Much of the misunderstanding originates from one particular relative of one of the victims.  That person is often quoted in the press and her remarks are taken as fact.  The media needs to do some fact checking.  The Fund is getting a bad rap-at least in this particular instance.


Posted by George Stockwell at 7:09 AM No comments:

Must reading by a far better writer than me!

All I've been hearing for the past week or so is that this weather is intolerable.  The heat, the humidity-it's all more than one can bear.

Well in the interest of public service, I'm here to remind those complainers that these are exactly the days they were wishing for not such a long time ago.  Remember this?

So, cheer up.  We'll be shoveling soon enough! 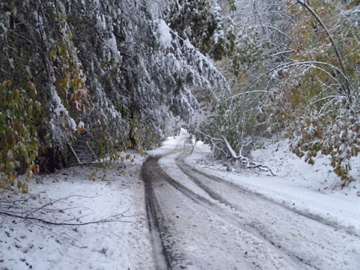 "When in the Course of human events, it becomes necessary for one people to dissolve the political bands which have connected them with another, and to assume among the powers of the earth, the separate and equal station to which the Laws of Nature and of Nature's God entitle them, a decent respect to the opinions of mankind requires that they should declare the causes which impel them to the separation.
We hold these truths to be self-evident, that all men are created equal, that they are endowed by their Creator with certain unalienable Rights, that among these are Life, Liberty and the pursuit of Happiness..." 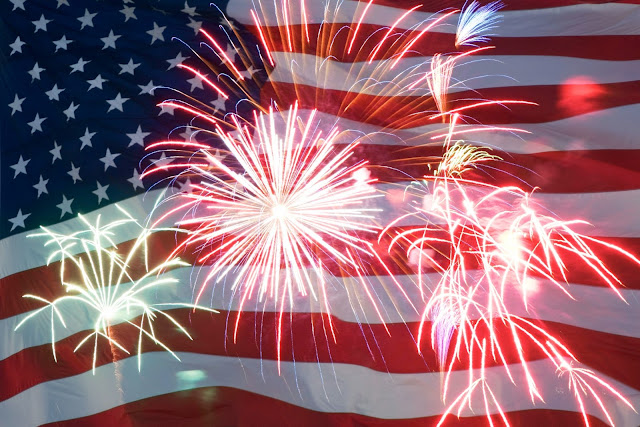 1. To learn more about the month of July, click here: http://georgeswebpage.com/almanac

2. On this day, exactly 150 years ago, the Battle of Gettysburg began.  By day's end there would be over 15000 combined casualties. 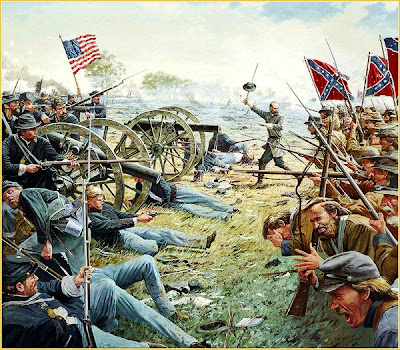 Posted by George Stockwell at 8:14 AM No comments: