I've been hearing from a variety of sources that President Obama is the one actually responsible for the criminal increases in gas prices.

The rationale is that because he's doing so little to stabilize the situation in Libya, world oil markets are worried about major disruptions in supply so they're jacking up the prices.

I've heard this on radio & television programs and I've read it in places as diverse as Facebook and comments to Newtown & Monroe Patch pieces.

The idea is of course ridiculous. Obama has no more control of events there then he does over the weather.

Furthermore the fact is the supply of oil is plentiful. This latest round of price increases is nothing more than a bunch of greedy oil companies taking advantage of a fictitious situation to pad their profits. They're thieves--plain and simple.
Posted by George Stockwell at 3:03 PM 1 comment:

I was born 68 years ago today. I normally don't make a big deal of my birthday. I look at it as just another day and hope there're many more to come. Other than that, life goes on.

Nevertheless, I can't help but take a moment or two to reflect on the preceding years.

So what have I learned in almost 7 decades? What's important and what isn't?

Well without question the two most important things are health and family. If a reasonably intelligent person has his/her health, then they can do pretty much whatever they want providing of course they've made good choices for themselves.

Family is very simply what makes the effort worthwhile.

A third thing I've learned that just makes it easier to get through the days sometimes is don't sweat the small stuff. There are lots of petty details in life--especially in the area of interpersonal relationships--that simply aren't worth blowing all out of proportion.

That's it for reflections. Time to move on.
Posted by George Stockwell at 6:28 PM 1 comment:

A Morning at the Museum

Yesterday morning Becky and I brought Brooke and Courtney to the Discovery Museum in Bridgeport.

The theme on the main level was the guitar where there were dozens of different kinds of guitars on display including some very interesting early instruments.

Other themes in the museum were space, energy, light and sound. Also, there was a fair amount of 'hands on' stuff for kids including a small basketball court that was part of a larger display honoring the founder of basketball, James Naismith.

But of all of those things the biggest hit was a mock up of a school bus. The outside looked like a bus with flashing lights and it was painted yellow. Inside there was a steering wheel, blank dashboard and a bench seat for a couple of passengers.

The girls loved pretending they were driving us to school and yelling at us to be quiet. They returned to it over and over again. Go figure.
Posted by George Stockwell at 7:53 AM 1 comment:

As Wisconsin goes, so goes the nation?

What's all the hubbub about in Wisconsin? Why have demonstrating public employees pretty much shut down the state?

So you might reasonably ask, if the state is in such dire straits, what are they supposed to do? Don't the public employees realize they need to make concessions in wages and benefits and be happy they have jobs?

No, because the budget cuts in and of themselves are not the real issue. The real issue is the state's move to make illegal collective bargaining for all except for the police and fire fighters.

Collective bargaining is huge. It amounts to a person's right to organize and have a negotiating team bargain for them.

The state's effort amounts to union busting. No matter where you stand on unions, people have the right to organize. No government entity has the right to deny that right.

How this plays out in Wisconsin is going to have enormous, far-reaching consequences. If they succeed, every other state in the country will attempt the same thing.

If that happens, a big chunk of our democracy will have withered away and died.

Not a good situation. Bares watching.
Posted by George Stockwell at 4:45 PM No comments:

Hide and Seek with Toddlers

Among the many things we do is play hide and seek. They love that game but it's a real challenge--especially with the younger one.

When it's Nicholas's turn to 'find' Cole and me, he stands in the middle of the room we happen to be in, closes his eyes and yells TWO, THREE. Then he opens his eyes and runs around, laughing hysterically, looking for us, even though we didn't really have time to hide.

The act of just running around looking for something is apparently all he needs to have a good time.

Cole, on the other hand, wants me to actually hide--which I do.

But when it's my turn to count and find the boys, they reveal their location if it's taking me too long to find them. They love getting 'caught'.

More fun adventures of a grand parent.
Posted by George Stockwell at 4:47 PM No comments: 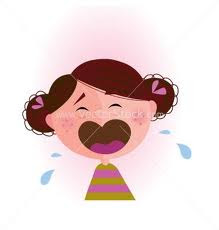 While sitting here working on a Newtown Patch column, I've also been following the saga of Lindsay Lohan on the Today show.

Over the past months as Lindsay weaves her way in and out of courts and rehab centers, I've heard many people speak of her with great derision.

But I see something different. I see a very troubled young lady who has looks, money and talent destroying her life.

What rational explanation can there be for rich people who steal or exhibit addictive behaviors? In fact this applies to anyone, not just the rich, although I suppose a case could be made for a person who steals out of desperate need.

Lohan needs intensive treatment, not jail. More jail time will only satisfy those people who call for a punitive approach to changing behavior. It does not help the 'victim' who in this case also happens to be the person charged.

People who commit Lohan's kinds of offenses hurt no one but themselves. Obviously, in the case of the stolen necklace, restitution needs to be made but that would be financial restitution--not prison time.

Our system of Crime and Punishment and the penal system in general needs a thorough overhaul. But it won't happen.

Law and Order are hot button issues that politicians would be nuts to touch. So on and on it goes, our prisons fill up only to return the same unchanged criminals to the streets.

It's crazy.
Posted by George Stockwell at 7:35 AM 2 comments:

I am officially sick of this winter. Yet I have no complaints.

We've had too much snow, too much ice and too much bitter cold but I keep getting these pictures of far off places like North Dakota from my email friends and I realize we're not in such bad shape after all.

Normally I don't mind winter too much. I have a good snow blower, a wood burning stove and an ample supply of firewood so I can handle pretty much anything Mother Nature throws at us.

There's no doubt about it, this year has been the worst ever in this area at least. Enormous amounts of snow, ice dams causing leaks in the house and extensive ceiling damage (a chunk of ceiling fell at 4 A.M. waking me up).

It's been a constant battle removing ice from the driveway and the forecasts call for more tomorrow and next week. There doesn't seem to be an end to it.

Yet, having said all that, I feel fortunate in that I am healthy enough to use the snow blower, load the wood boxes, chop ice and climb a ladder to the roof.

There are those who are burdened with the same things but because of poor health they can't do anything about it except impose on others or hire someone--which can be financially prohibitive.

So...let it snow. It will melt--some day. In the meantime I'll just continue to take things as they come thankful that I can.

What you've just read is an inkling of how most cancer survivors think.
Posted by George Stockwell at 6:31 PM 2 comments: