It's not just about the doctor.

Yesterday my wife got up early and left to have blood work done.  She returned very quickly.  It seems the doctor's office neglected to send the order for blood work to the lab.  My wife had asked for a paper scrip but they assured her she didn't need one.  That's happened before to her and several times to me.

What this means is that when choosing a doctor, there's more to just finding out if the doctor is going to be a good fit for you.  The efficiency of the doctor's office is important too.  I don't take any chances any more.  I insist on a paper scrip to hand to the lady at the lab.  If the doctor's nurse or office clerk resist I remind them that there is nothing more annoying than going to the trouble of driving early in the morning to a lab only to be told they have no doctor's orders for lab work.    I have two doctors who prescribe lab work routinely and they always hand me a piece of paper now.

The same thing applies to the promise to return phone calls.  Here's a tip for you: they never do.  I make a thorough pest out of myself until I'm talking to the person I called.  It's all about the squeaky wheel!

If you're in the market for a new doctor, keep this in mind before you commit to anything. You'll save yourself a lot of aggravation.
Posted by George Stockwell at 7:52 AM No comments:

Exactly 50 years ago today three astronauts returned from their successful, historic mission to the moon.  The year was 1969.

If you've been around as long as me or if you've studied history you know at least four things about 1969:
1. The country was embroiled in a highly controversial war in Viet Nam.
2. The president was the highly controversial Richard Nixon (affectionately known as "Tricky Dick").
3. The recent assassinations of Robert Kennedy and Martin Luther King, Jr were fresh in everyone's minds.
4. Racial tensions were at an all-time high.

Now let's compare.  Here we are, 2019, and it's amazing how little we have learned,  isn't it? Consider:
1. The country is embroiled in a prolonged conflict in the Middle East.
2. The president is the corrupt, immoral, racist and bigoted Donald Trump.
3. Thanks to No. 2 racial tensions are very high.

The exceptions are fortunately there have been no recent assassinations and thanks to the policies put in place by Barack Obama, the economy is relatively strong. But in retrospect it doesn't look like we've learned much in 50 years.

Maybe 2069 will be different but someone else will have to report on it. 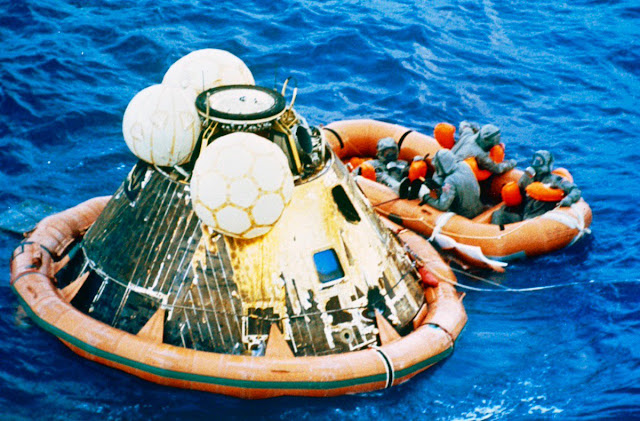 Posted by George Stockwell at 7:42 AM No comments:

On this day exactly 50 years ago I, along with many other people,  gathered in the cafeteria of the company where I worked and watched Apollo 11 with three men on board blast off for the moon.  The company I worked for manufactured parts that were contained in the rocket.

It was a historic day for our country and the world or-as Neil Armstrong noted-for all mankind.  Four days later man walked on the moon.

PBS is running many good programs about the Apollo moon launch.  Be sure to watch one. 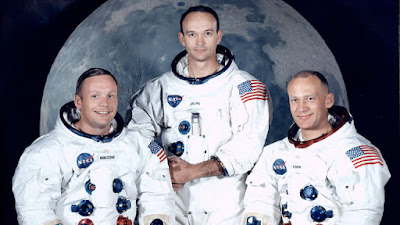 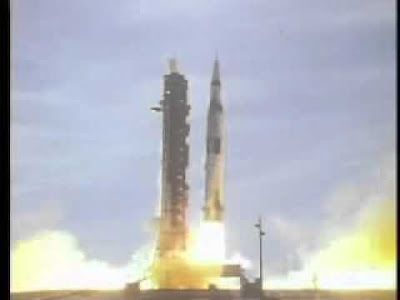 Posted by George Stockwell at 7:55 AM No comments:

A few thoughts about medical care

Yesterday we had to take our grandson to a dermatologist to have a minor procedure performed.  We had a 2:45 appointment.  We checked in about 5 minutes early, filled out a bunch of papers and waited.  Then the glitch.  Apparently my daughter-in-law's insurance company required a referral from the boy's pediatrician.  Of course we didn't have one so the dermatolgist's office staff had to contact the pediatrician for verbal contact.  After about 45 minutes we were given approval to proceed.  We finally finished and arrived back home at around 5 P.M.  Two and a half hours for a 20 minute drive and a 10 minute procedure.

All's well that ends well I guess but the whole thing made me realize how lucky I am to have medicare.  With medicare you never have to worry about hassles with insurance companies or HMOs.  I'm sure there are people who have had different experiences but everyone I know has the same story to tell.

All of this got me to thinking.  Why can't everyone have medicare?  Sure, it would be hugely expensive but people were required to contribute according to their ability to pay, I think it could be doable.

I know there are those who call this socialized medicine and for that reason reject it, but it isn't really socialized medicine.  The patient would still choose his/her doctor, treatments, medicines and hospitals.  There would simply be a single payer.

Food for thought, democrats.  Notice I don't include republicans because anything remotely beneficial to the 'masses' is anathema to conservatives but I bet if this were well thought out and presented logically to people, republicans would be out voted.

I think I'll listen to Bernie Sanders and little more closely from now on.
Posted by George Stockwell at 8:21 AM No comments:

Happy July 4th.  Did you hear the news?  Trump is throwing the mother of all celebrations.  Tanks, fly-overs, soldiers sweating their asses off, the works!  He claims it's just a show of patriotism.  We know he's full of it.  It's really a tax payer funded rally for the fat load we call a President.  For example if it's a nonpartisan celebration, why are only republican dignitaries being invited to special events.  Enough said! This is a pathetic farce. One more year of this jerk.  I can't wait!

Have you been following the fuss being made about Nike's new sneaker design.  It's shown below.  Apparently the flag on the back is offensive to some so Nike pulled it.  The way I look at it the flag is simply the one that existed at the time we became an independent country.  I certainly don't see it as a symbol of slavery.  What am I missing?

Anyway, have a great day. 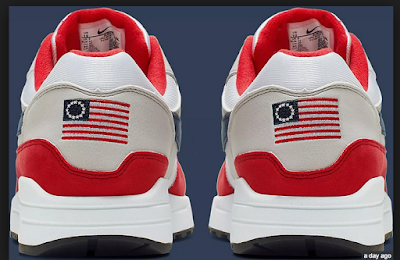 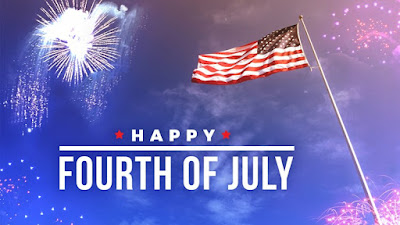 Posted by George Stockwell at 9:12 AM No comments:

1. July already.  The dog days of summer.  Do you know the origin of that expression?  It doesn't really have too much to do with dogs.  It centers on a bit of Greek mythology as do so many astronomical expressions.  The dog days or dog days of summer are the hot, sultry days of summer. They were historically the period following the heliacal rising of the star system Sirius, which Greek and Roman astrology connected with heat, drought, sudden thunderstorms, lethargy, fever, mad dogs, and bad luck.   So now you know. Have a great summer and stay cool.

2. I was finally, FINALLY, getting to the point where the last of the wood from the May 2018 storm was cut, split and stacked.  Then the other morning I awakened to another mess in my back yard.  Back to square one!!  There were so many years when I scrambled around scouting out sources of firewood so I would have to buy any and now I'm up to my eyeballs in the stuff.  When all is said and done I'll have three years worth stockpiled at which time I will be very nearly 80.  Seems like a good time to put my wood-burning days behind me and convert my wood burning fireplace to a gas fireplace.  I'm all set up for gas for our new whole house generator so it won't be difficult.
We'll see. 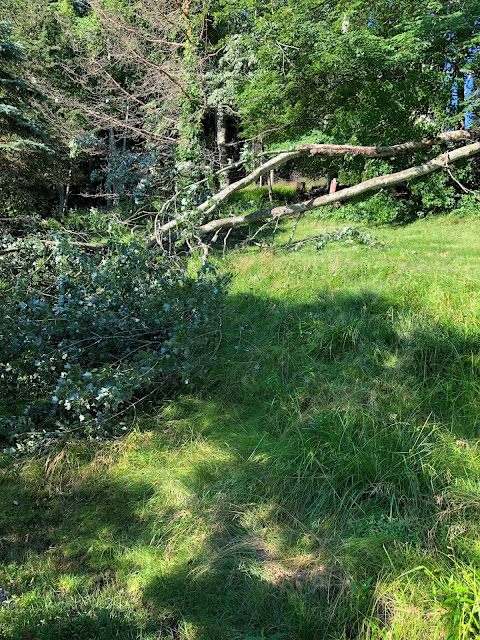 Posted by George Stockwell at 5:23 PM No comments: