It's been a while since I used this forum to rant about some of life's little annoyances so I don't feel too bad about burdening the reader with these since you too might share my feelings.

First, the continuing saga of 'no common sense'.  I regret to report that this seems to be  especially obvious among gun rights enthusiasts.

Here's the thing. I learned to shoot a firearm when I was about 8 years-old. It was under the supervision of my father and it was on a low caliber .22 single shot rifle.  Later, about 10 or 11 years old I guess, I acquired a low caliber 4.10 single shot shotgun.

I used them to shoot tin cans & clay pigeons which were flung in the air by my older sister using a mechanical contraption.  It was great fun.

The case of the 9 year old New Jersey girl who accidentally shot and killed her firearms instructor in Arizona is a tragedy that should never have happened.  The weapon she was being taught to shoot was a high caliber, fully automatic machine gun produced by the  Israeli army called an Uzi.

The idea of teaching a child how to use such a weapon is so profoundly over the top it simply defies description.

Common sense, ladies and gentlemen.  Where is it?

Second, the two worlds of Charter Communications.  First, there's the bizarro world of their billing department and telephone support.

Take the phone support part of it for example.  This morning I called for an appointment to have a cable drop installed in another room in our house.  When I got the automated service, the recording told me there were reported problems in my area and they're working on it.  Thanks for calling. Disconnect.

Idiots.  I called back and finally got a human to talk to.

About two hours later a service technician appeared.  Enter Charter's second world.  Their service techs are pleasant, competent people who got the job done.  He even took it upon himself to make some changes that would improve our service.

I've never had a problem with Charter's technical side but their billing and phone support stink.

Thus endeth my rant for today.  Thanks for listening.


Posted by George Stockwell at 4:31 PM No comments:

Can summer be over already?

(Don't forget to check out georgeswebpage.com)

Can summer be over already?  Well, maybe not from a meteorological standpoint but for all practical purposes it is.  Vacations are over, kids are back to school and there's definitely a hint of autumn in the air.

People are fretting about reports of the coming winter but to me that's ridiculous.  It's only August.  Frankly they haven't a clue.  Still, whatever the winter has in store for us, it requires being prepared.

So on to Autumn: beautiful colors, pleasant temperatures and eventually falling leaves.

I'll be watching all four grand children today but tomorrow it's back to school for them and lots of others.  Hope it's a good year for one and all-especially little Nicholas who's starting kindergarten.

Posted by George Stockwell at 7:13 AM No comments:

Have you heard of the ALS Ice Bucket Challenge that's making its way around the world?  Well, I got caught up in it myself when my daughter-in-law challenged me to do it.

The way it works is that if you don't do it, you have to donate $100 to the ALS foundation.  However, if you do it, then you can donate as much as you want.

As a result of all of this, the ALS foundation has raised millions and millions of dollars OVER their usual amount for the same period.

Anyway, here's a video clip of me fulfilling the challenge.


Posted by George Stockwell at 7:28 AM No comments:

Pictures of a recent trip to the newly opened Dickinson Park-Courtney, Cole & Nicholas. 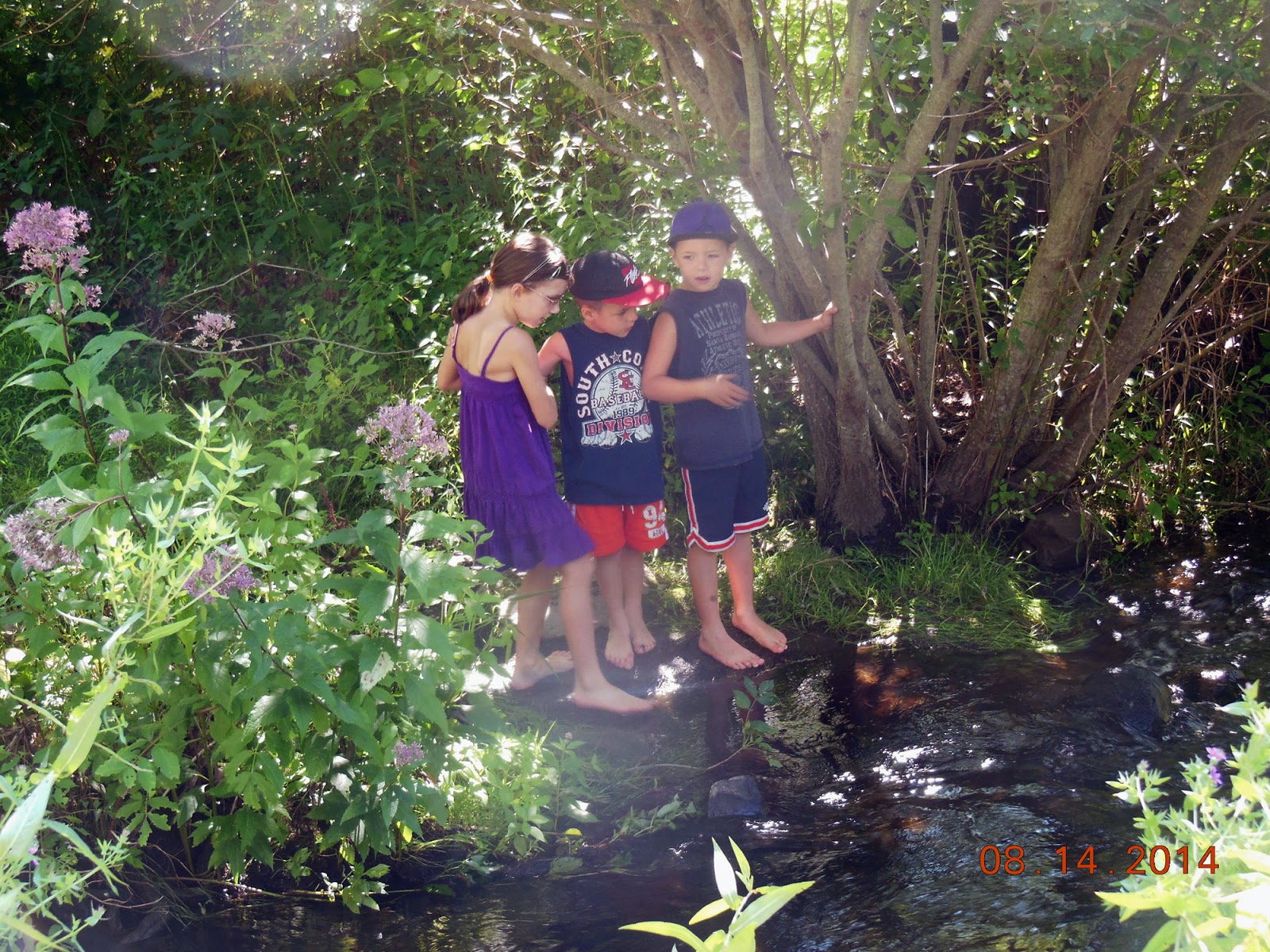 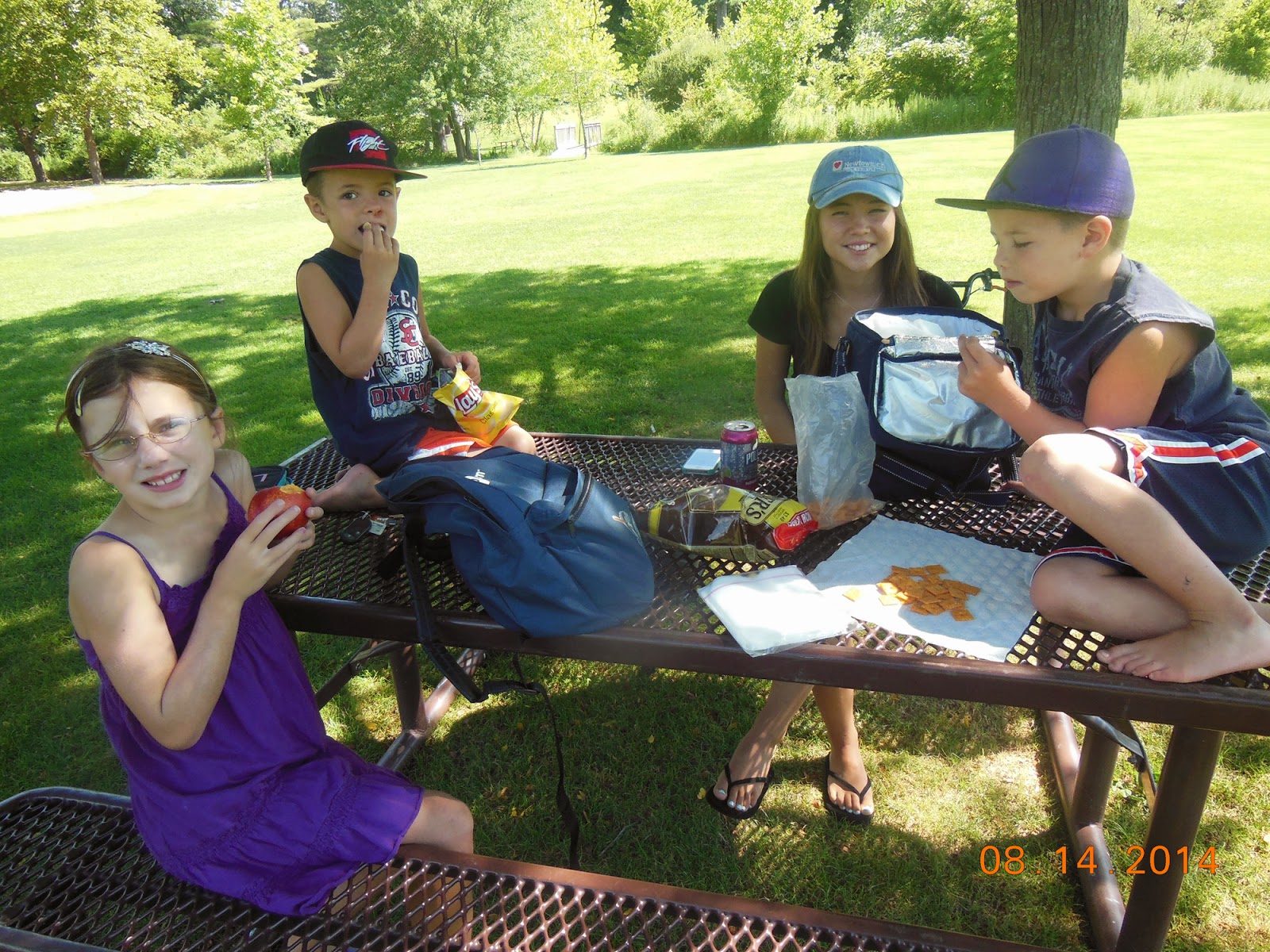 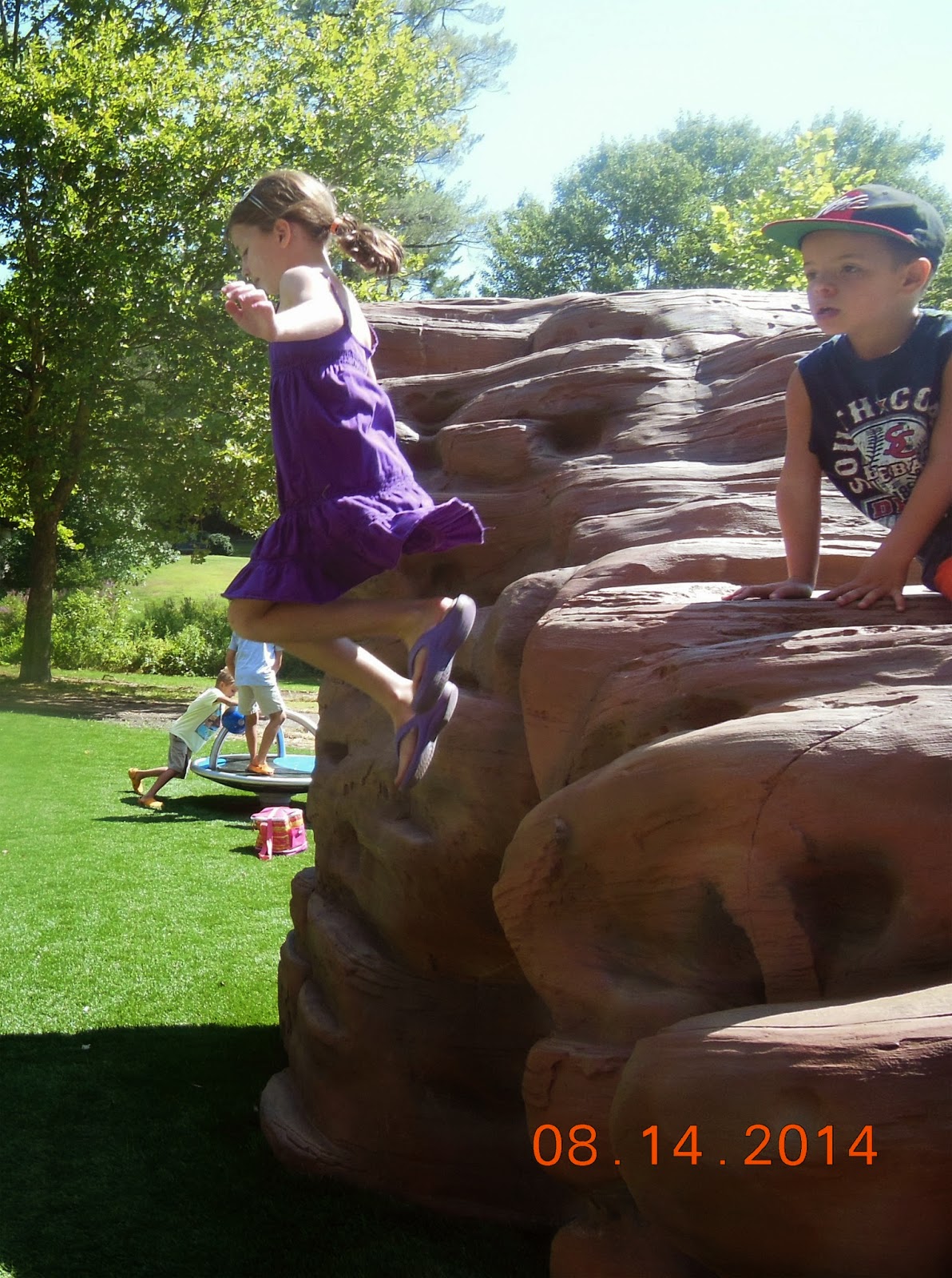 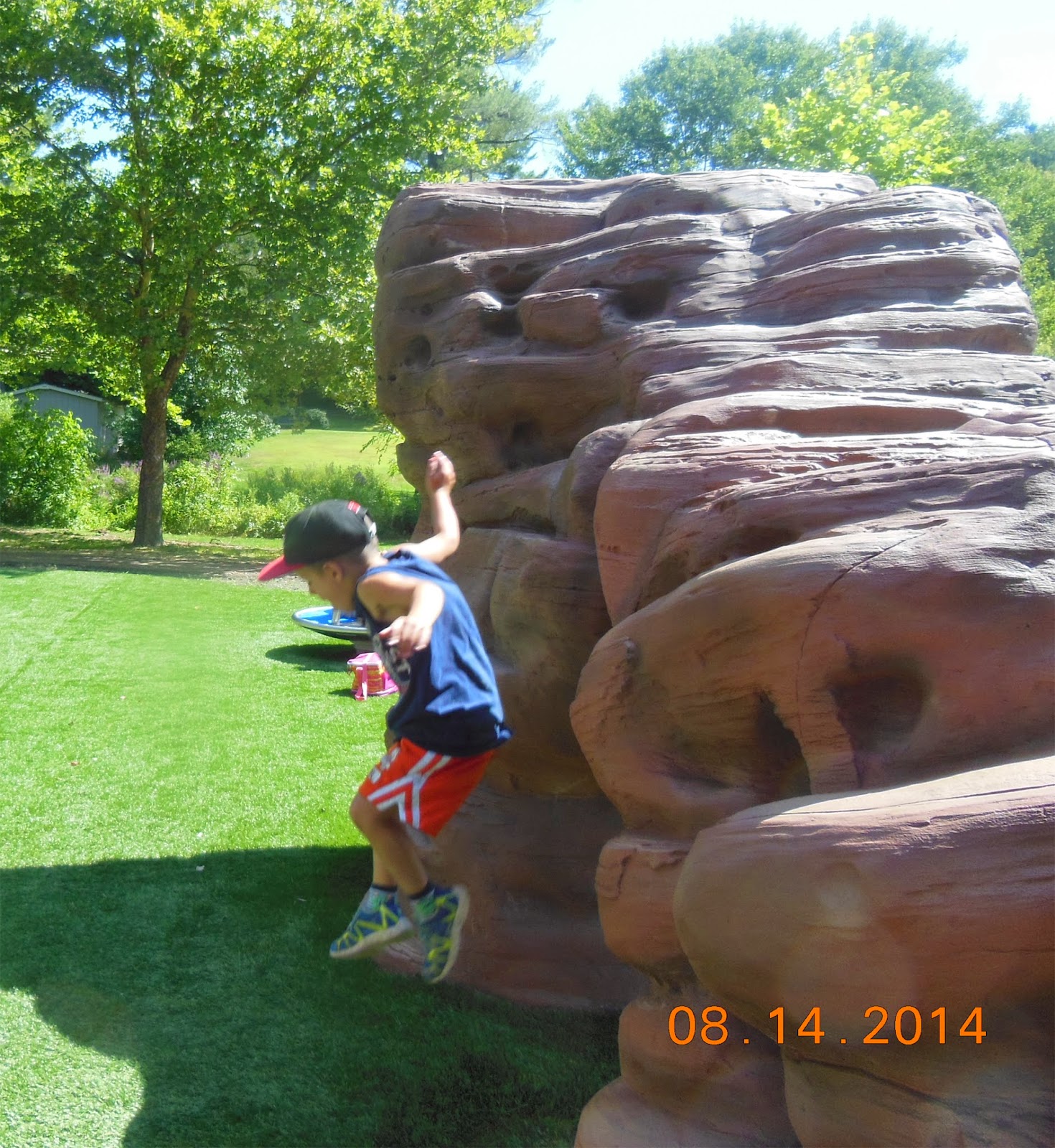 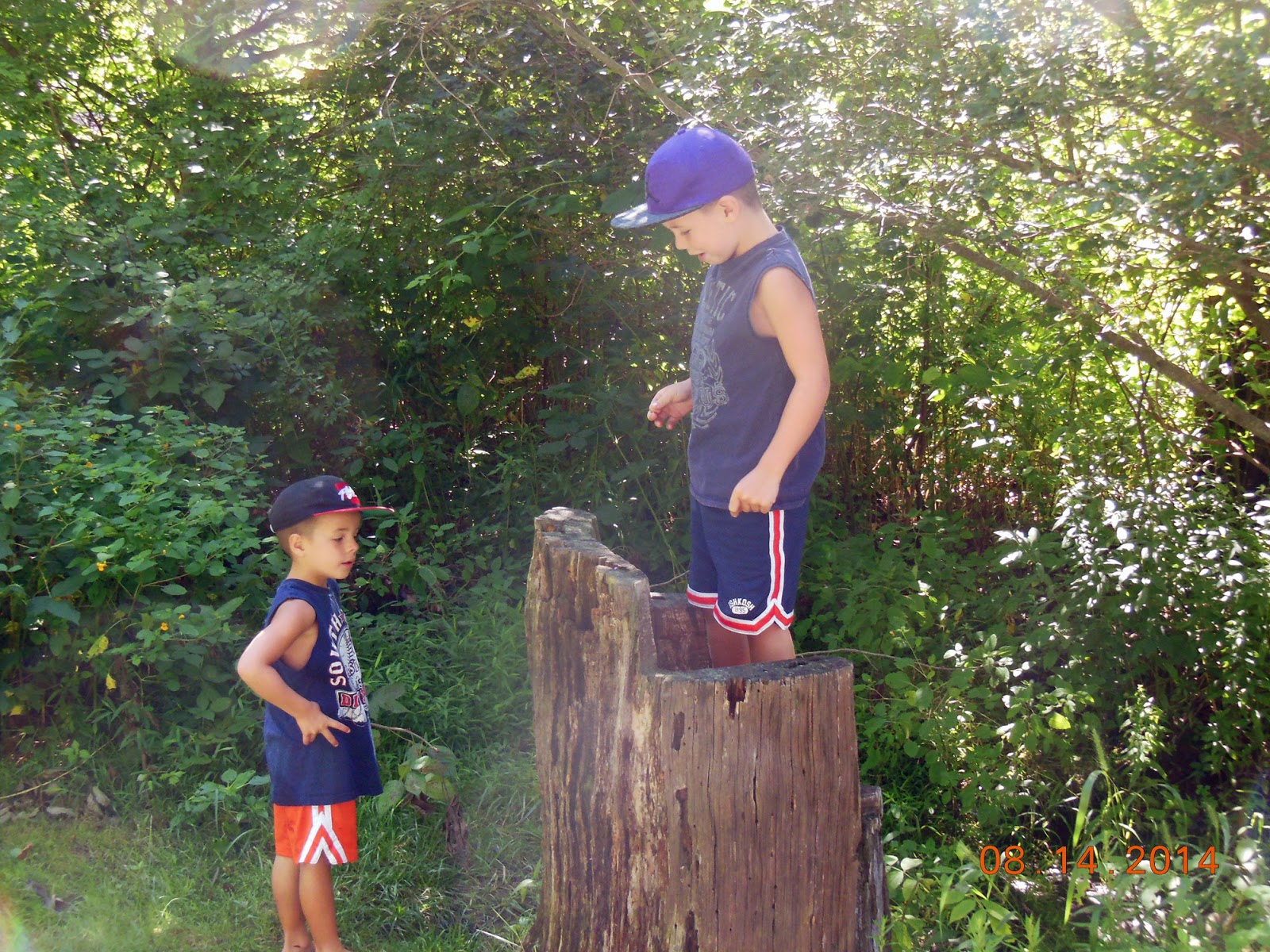 Posted by George Stockwell at 9:33 AM No comments:

What a wonderful surprise I rec'd in the mail yesterday.  A book from grand son Cole who is going into first grade.  The book is titled All About Colors and the last page says "I dedicate this book to Mr. Stockwell."  The wonders of being a grand parent keep rolling along. Thanks, Cole. 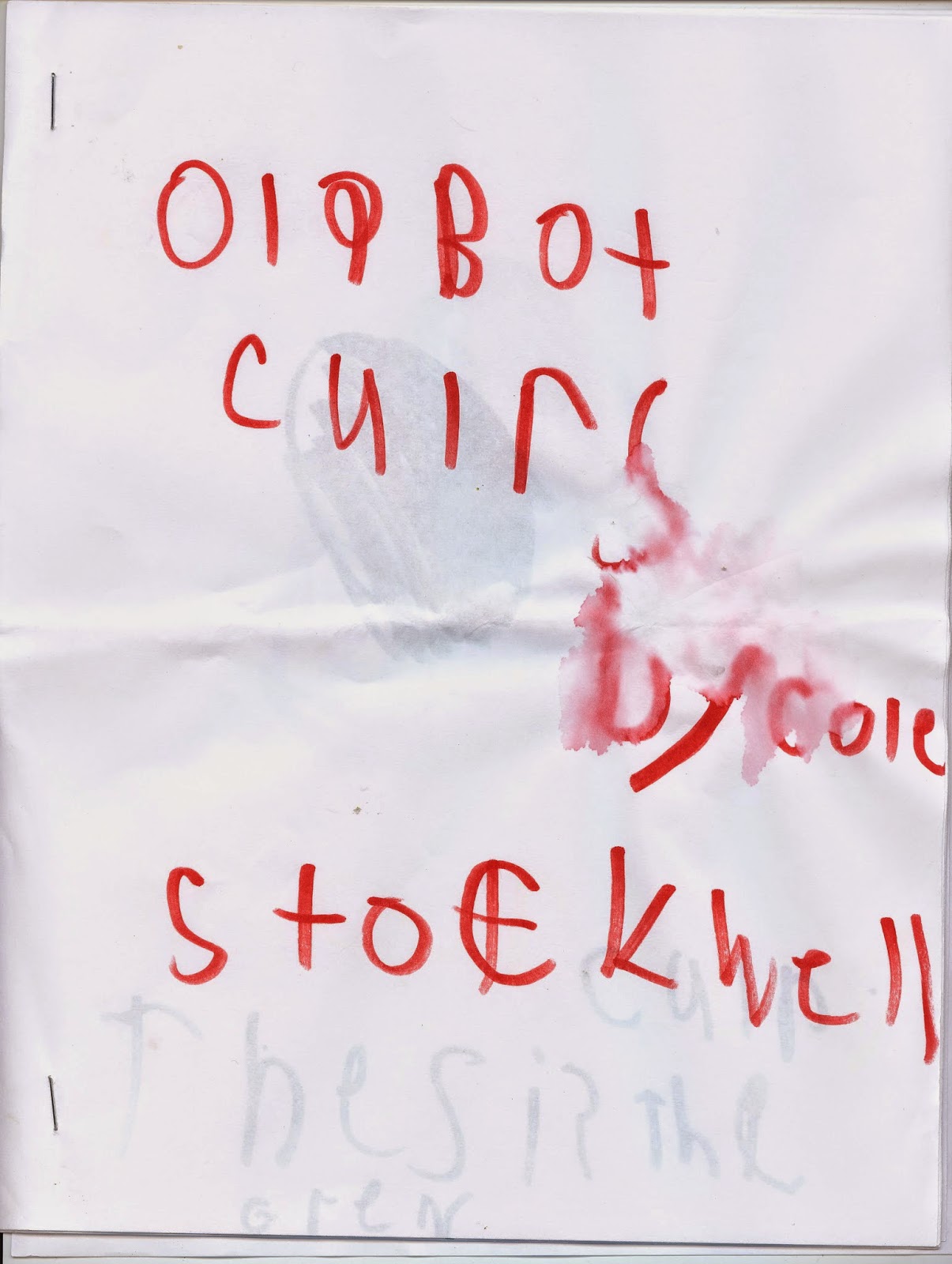 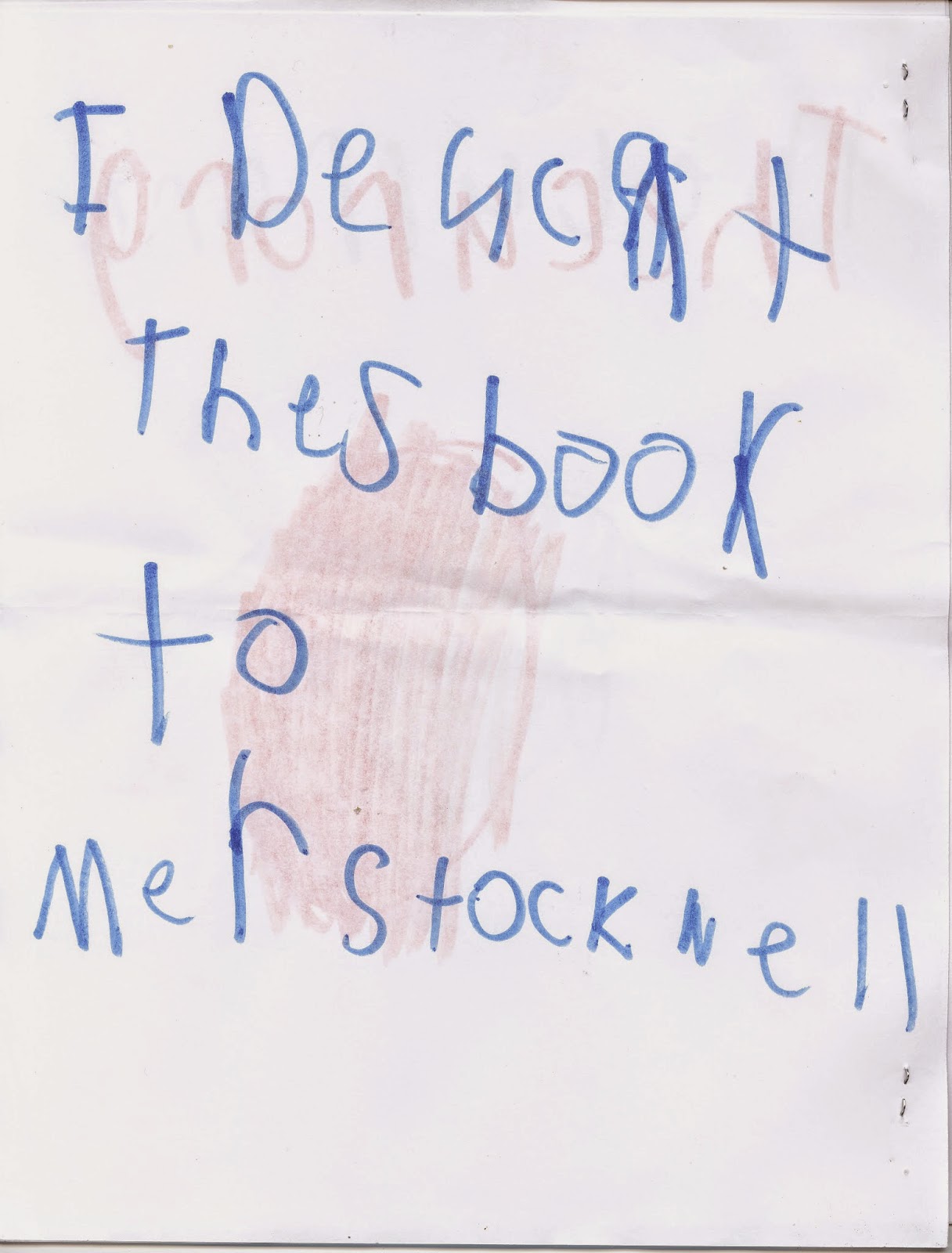 Posted by George Stockwell at 10:17 AM No comments:

Please not that the photo gallery page of georgeswebpage.com has been redesigned and simplified.  Try it out and leave a comment (see 'comments' link in navigation bar). Thanks.

georgeswebpage.com
Posted by George Stockwell at 3:12 PM No comments:

Today a little girl made a lot of old (and one person not quite as old) very happy.  She took upon herself the task of creating pictures for each of the participants in my Tuesday discussion group at Masonicare. She thought it would be nice to give them something to spruce up their apartment/rooms.

They loved it as they always do when I bring one or both of the girls with me.

Nice work, Courtney.  You're a sweetie. 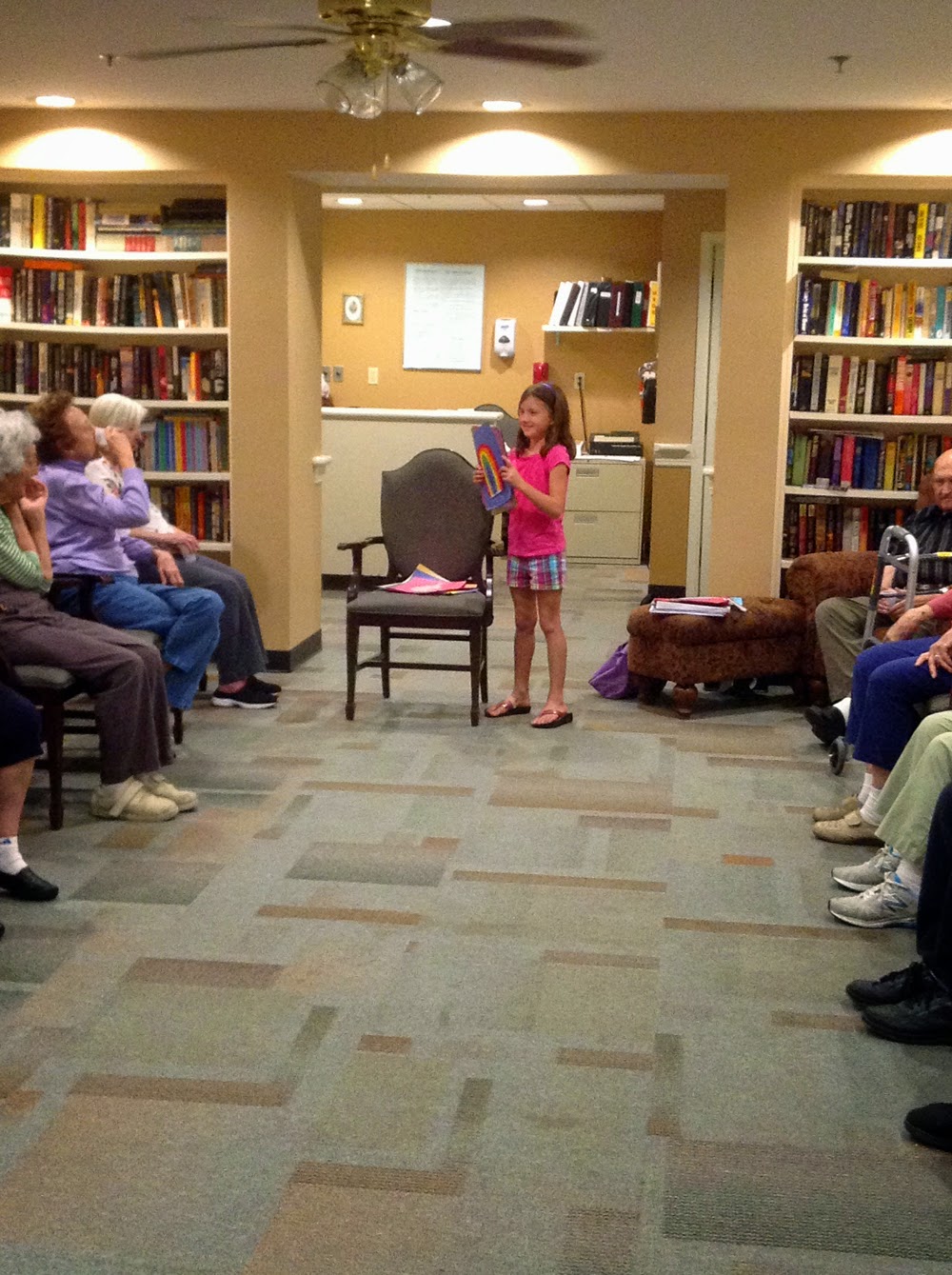 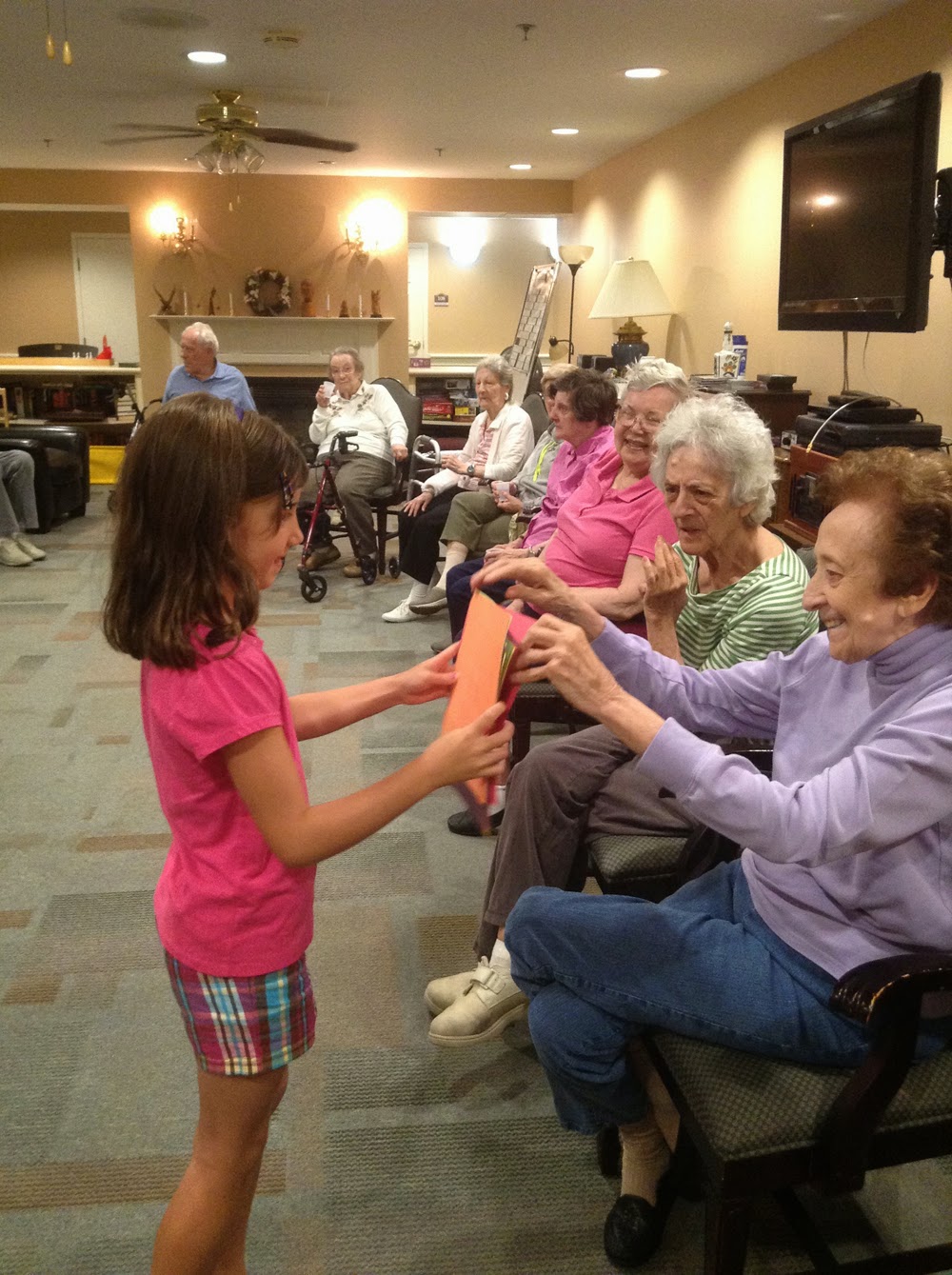 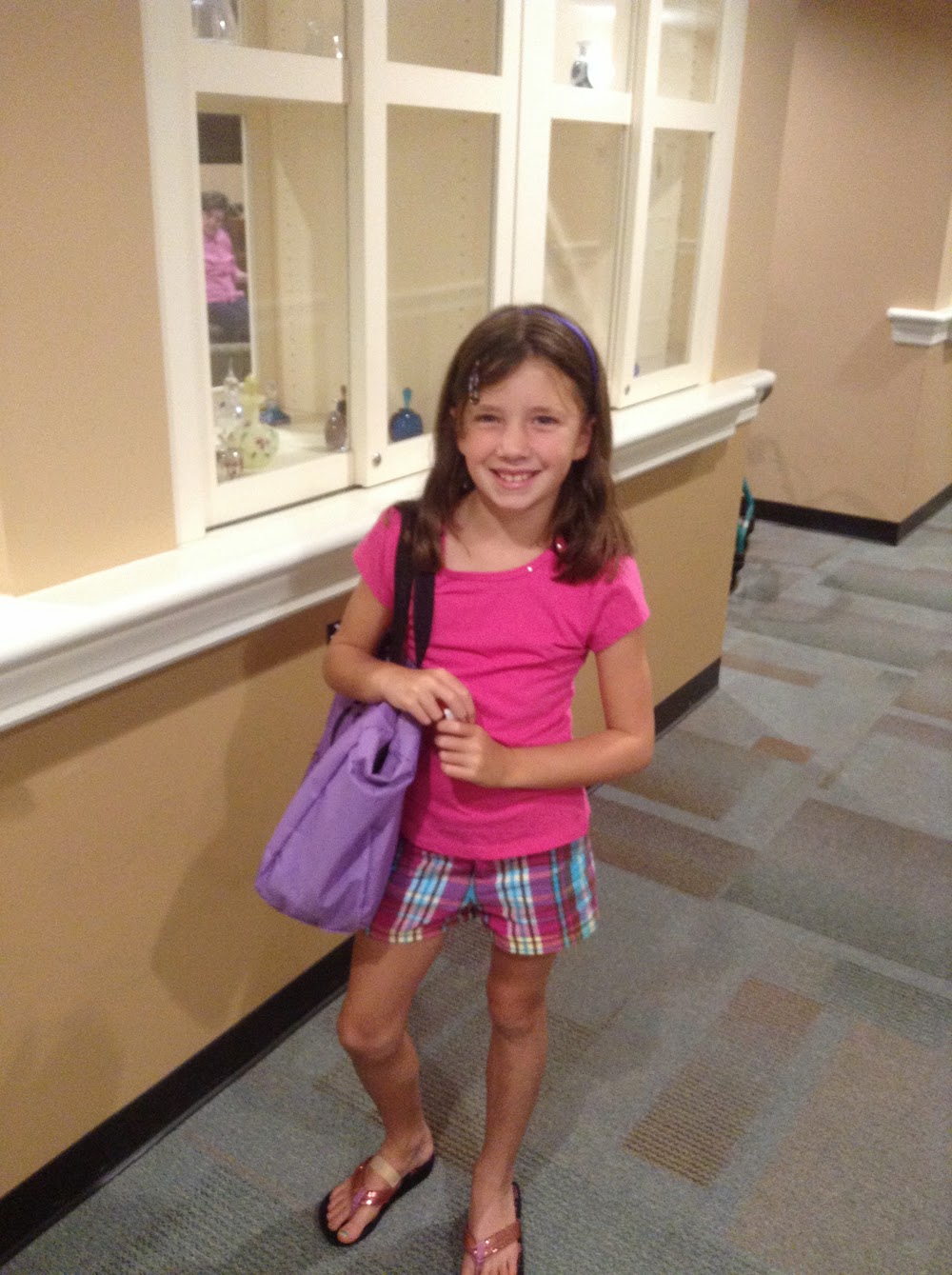 Posted by George Stockwell at 5:02 PM No comments:

Brooke's at soccer camp so Courtney and grandpa are spending the day together.  Courtney loves to do various science experiments.  Here's her latest. 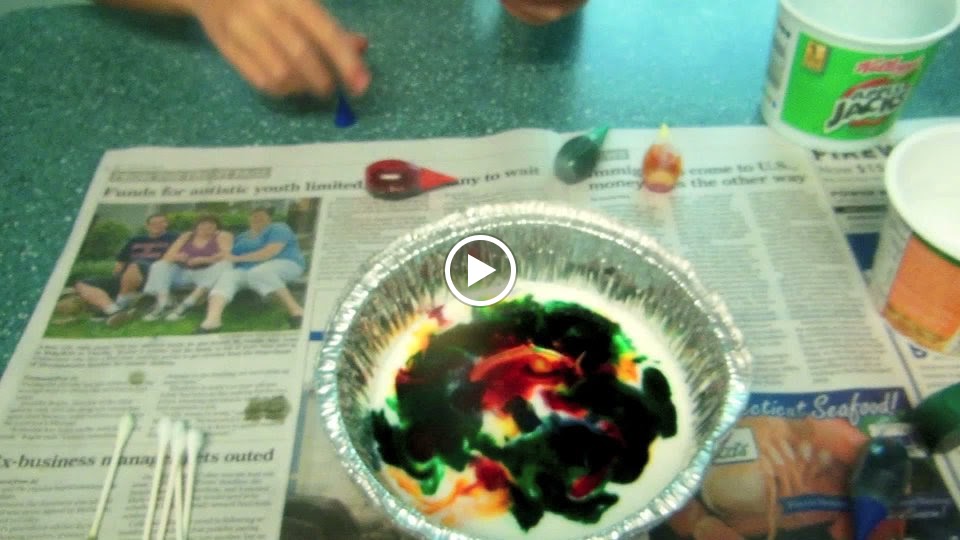 DON'T FORGET TO STOP BY georgeswebpage.com

Posted by George Stockwell at 11:18 AM No comments:

Don't forget to check in at georgeswebpage.com

The week with our two little pals has drawn to a close.  It was great having Cole & Nicholas and I have renewed appreciation for all those parents out there raising a family.  With the exception of an occasional vacation where grand parents kick in to help, there are very few days off-and it's not easy.
Here are some pictures of our last day together at the new Dickinson Park playground. 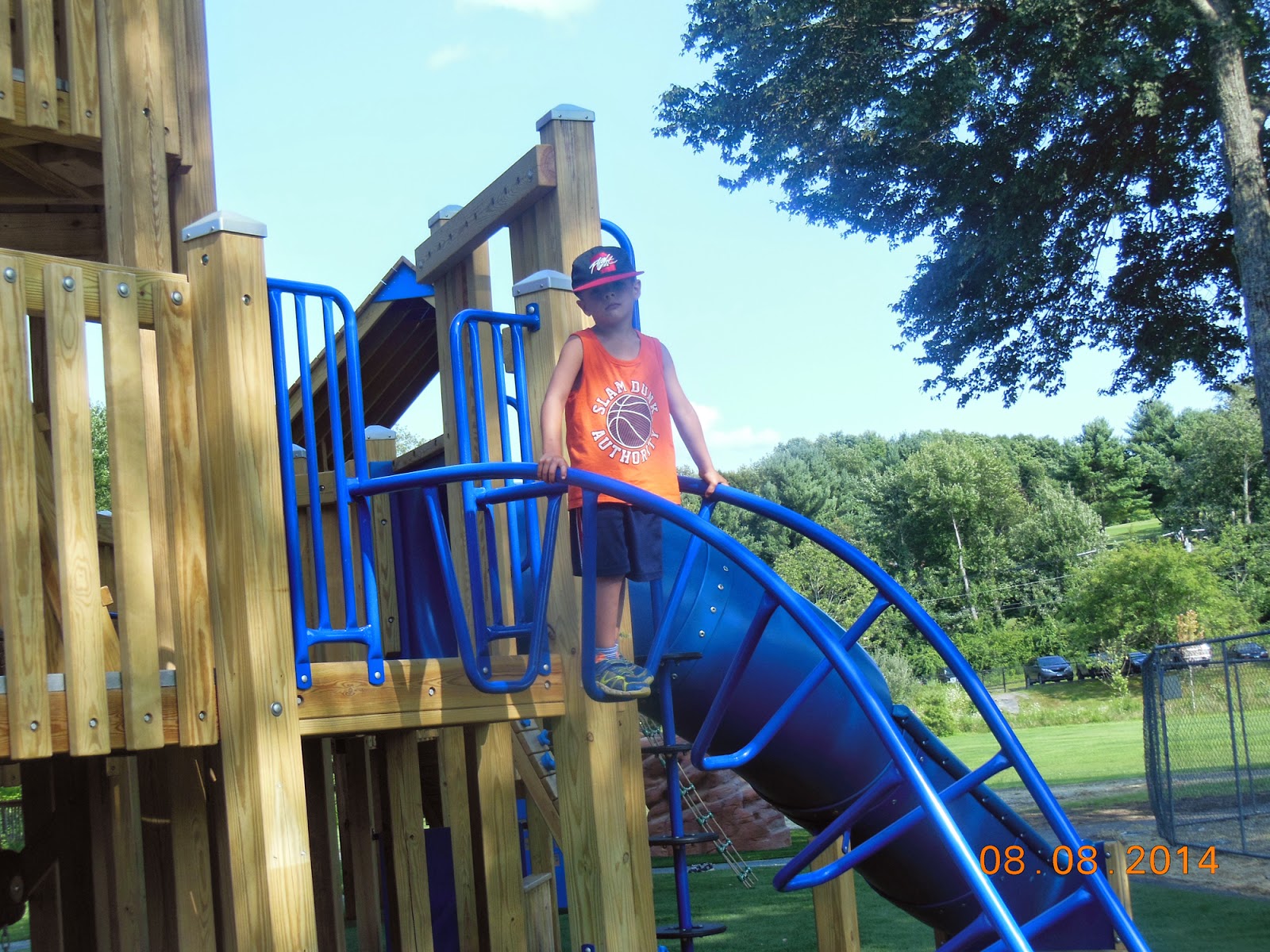 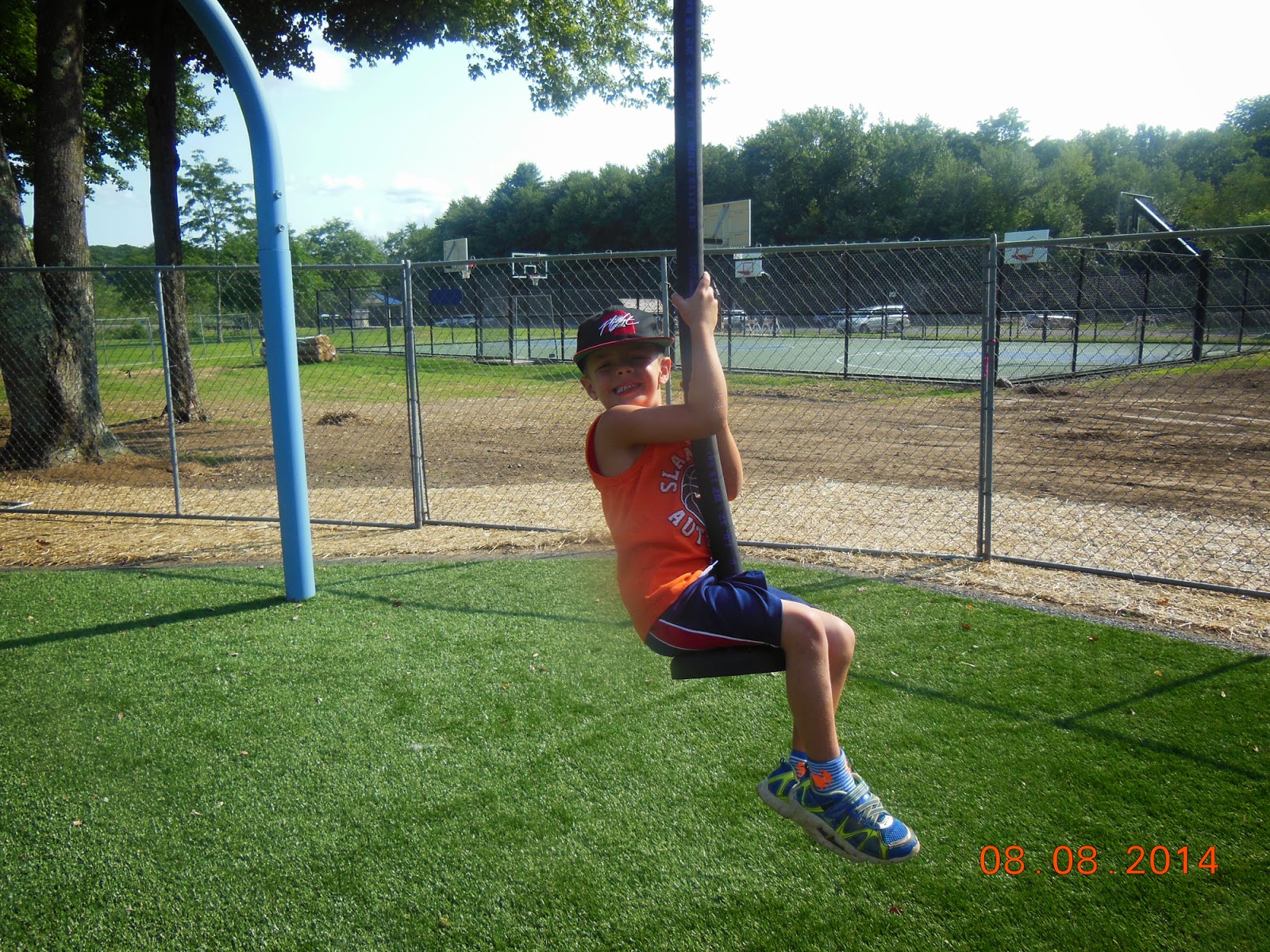 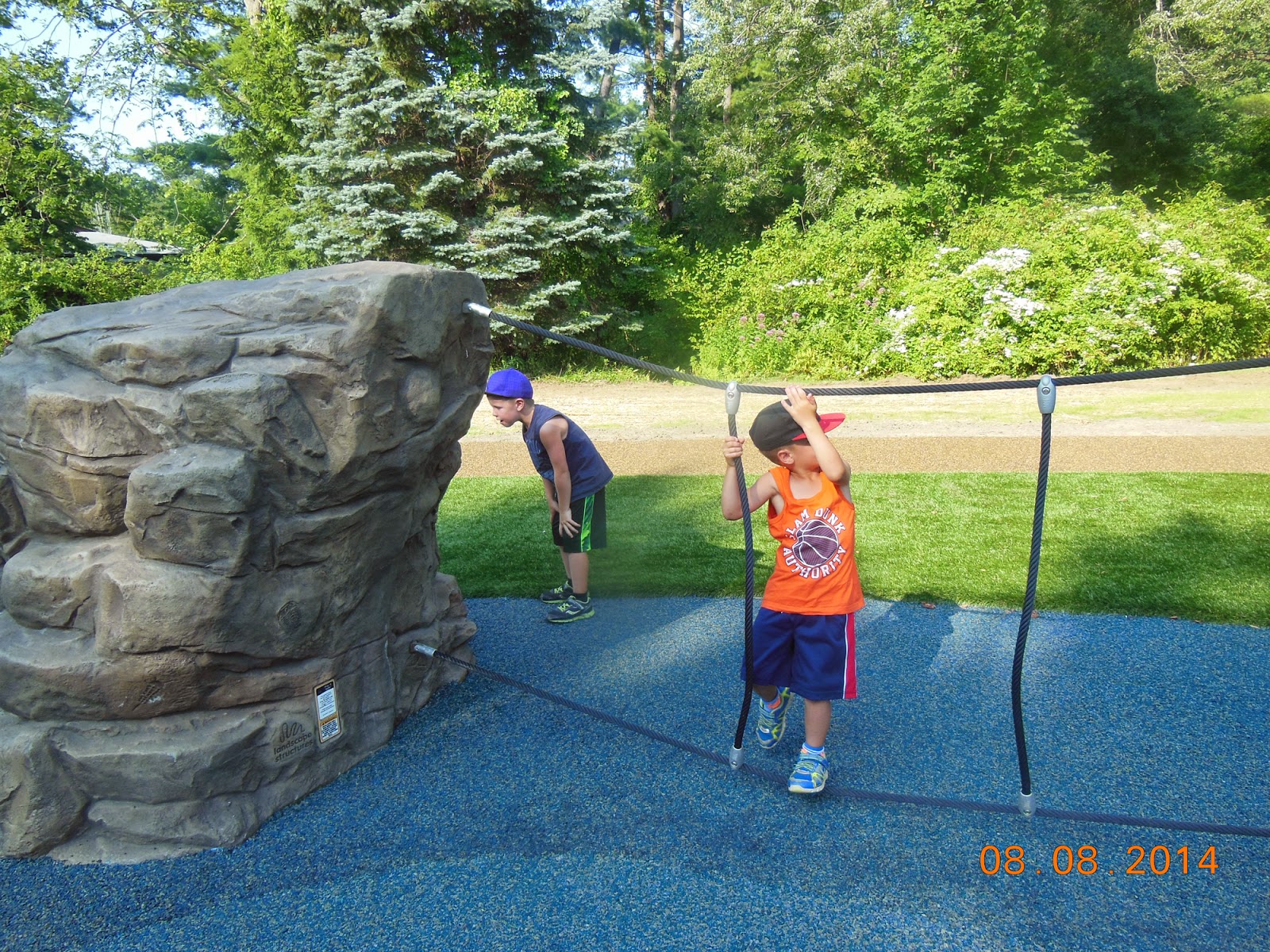 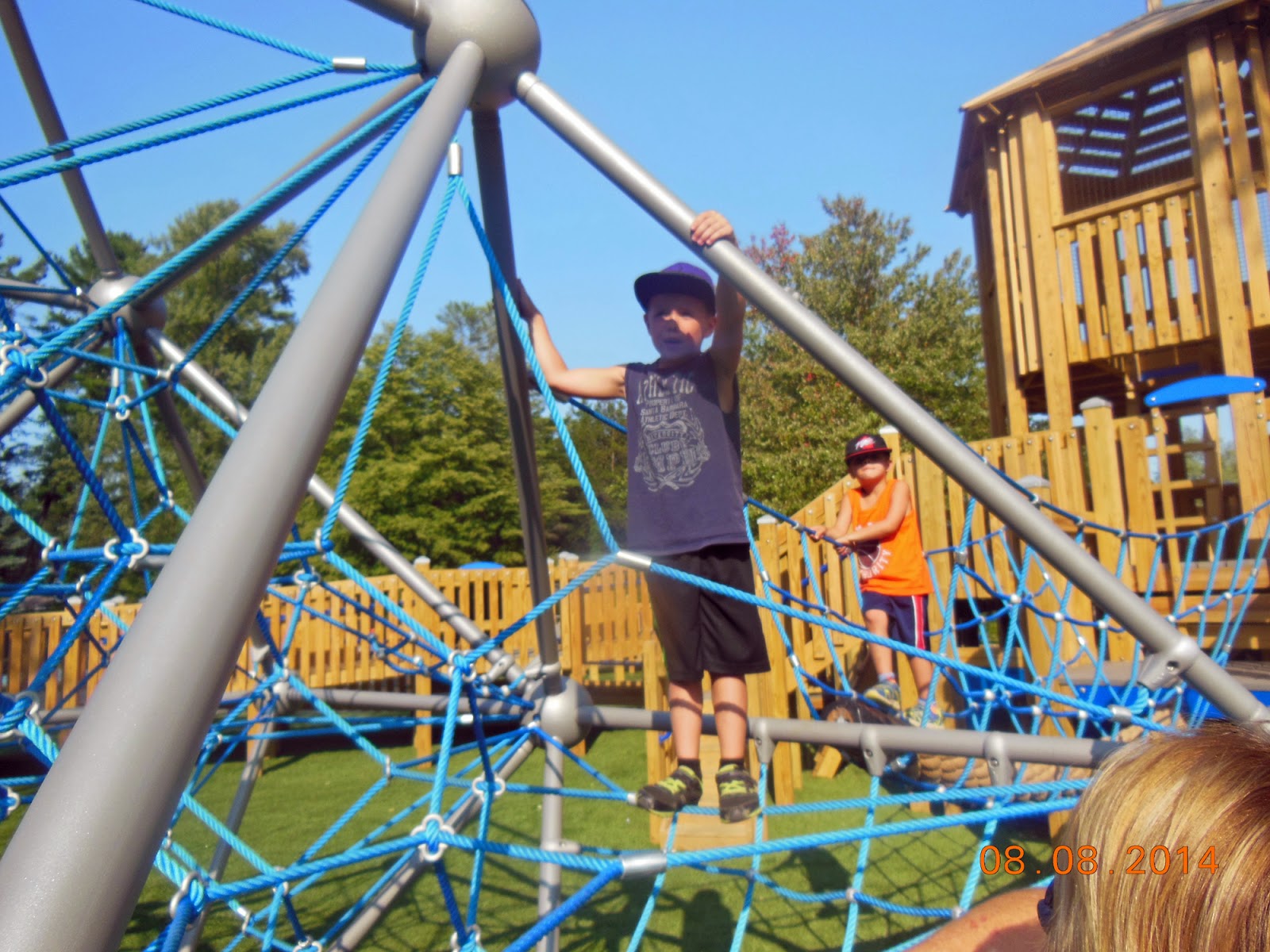 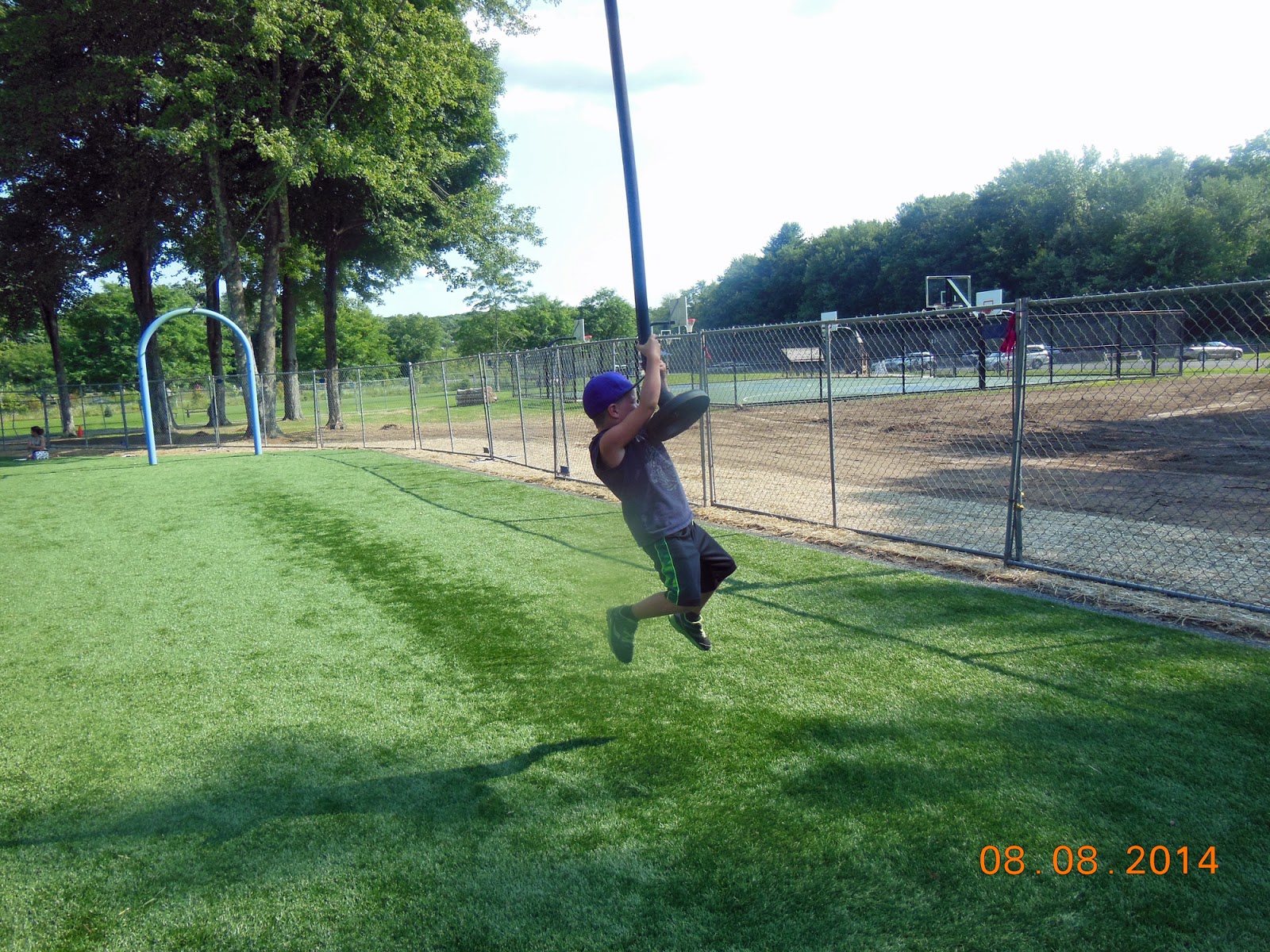 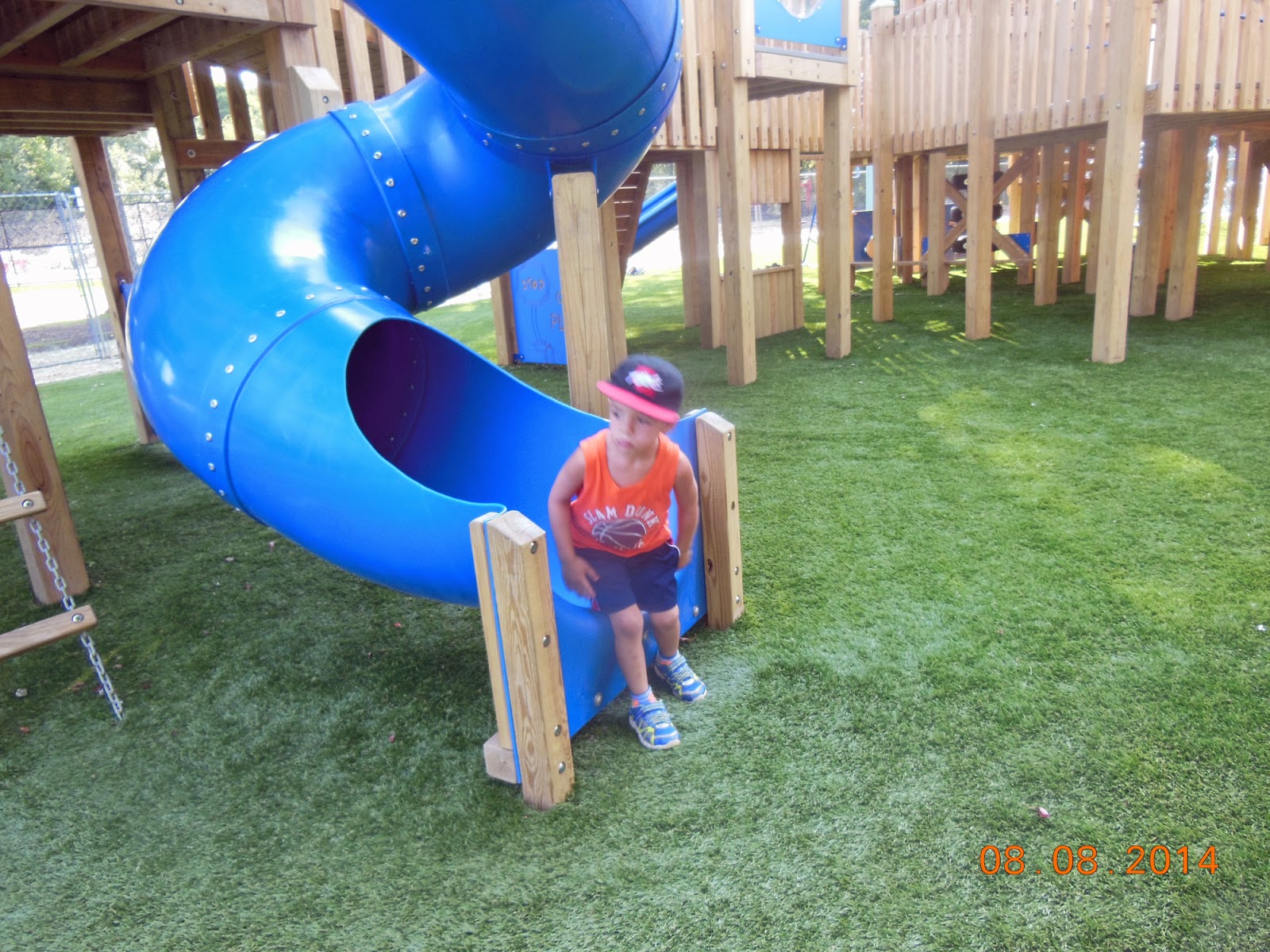 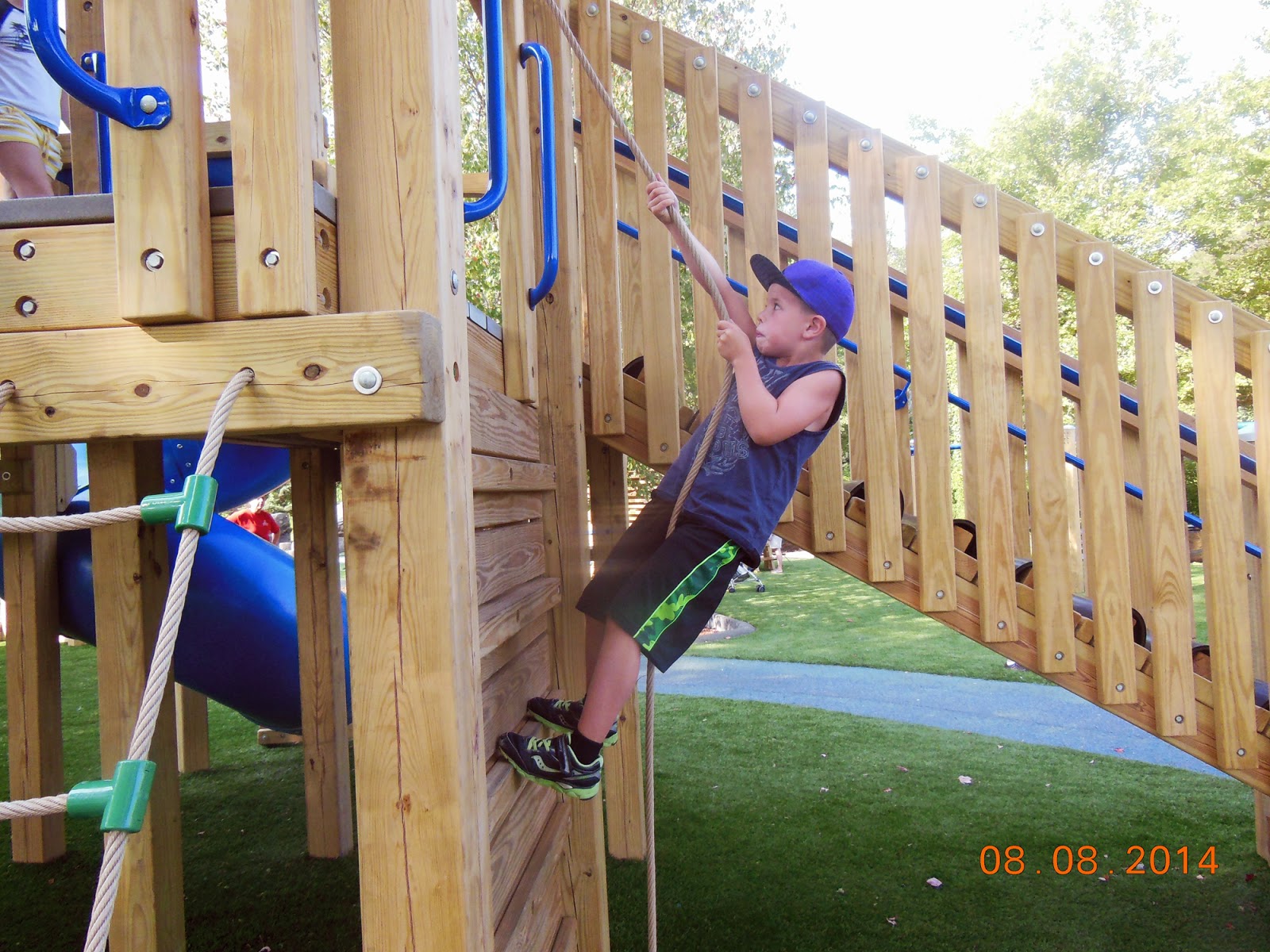 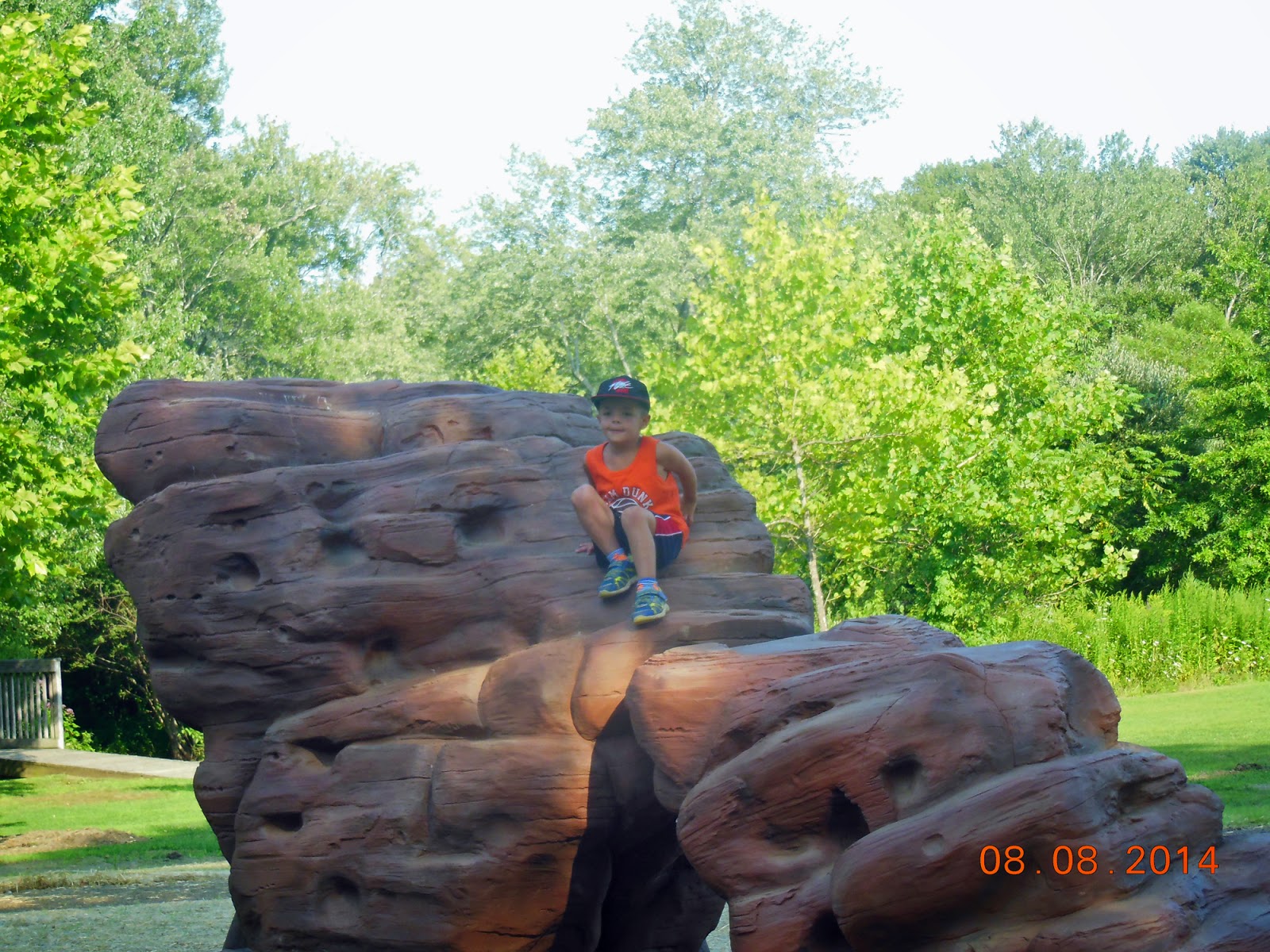 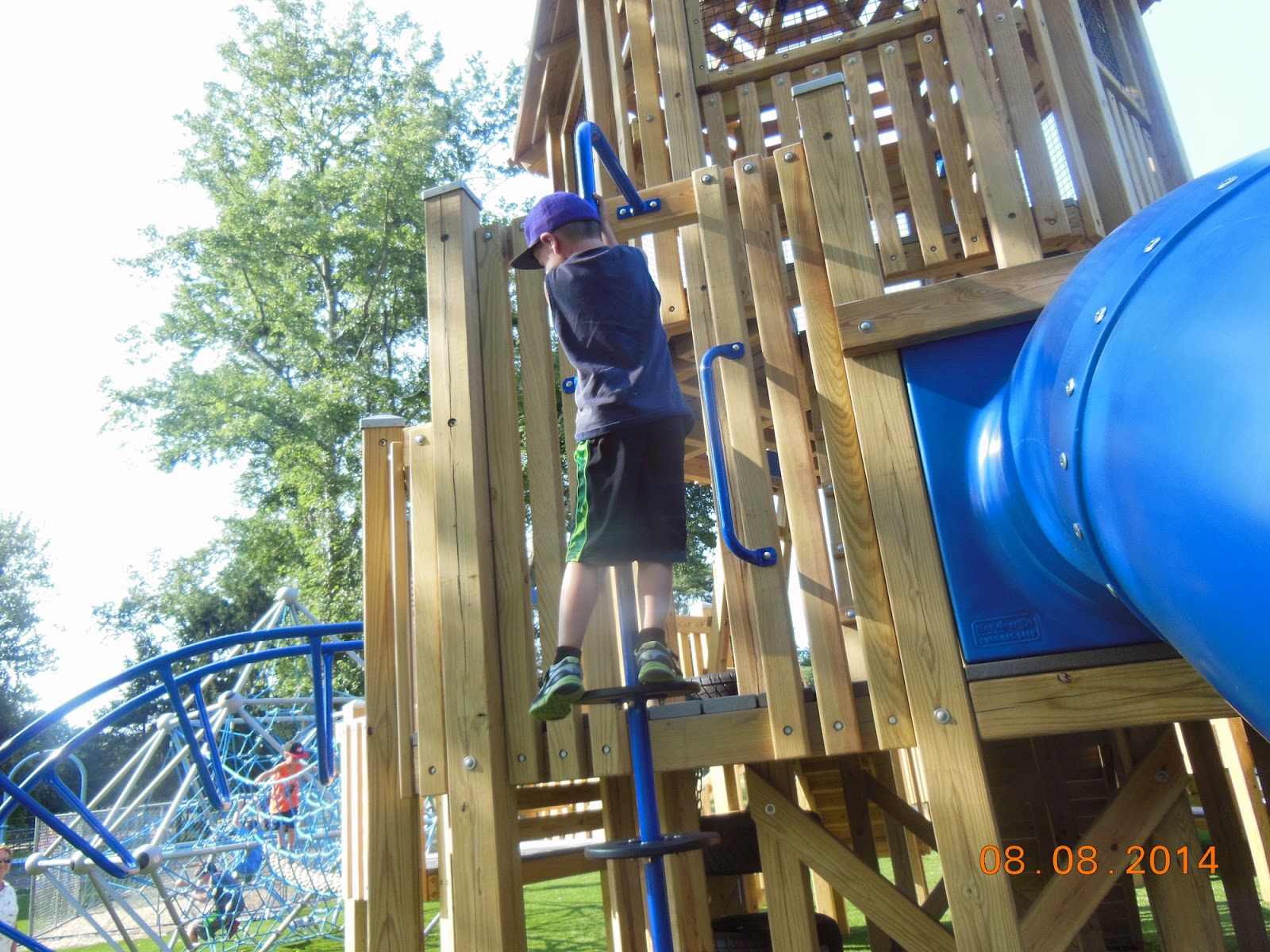 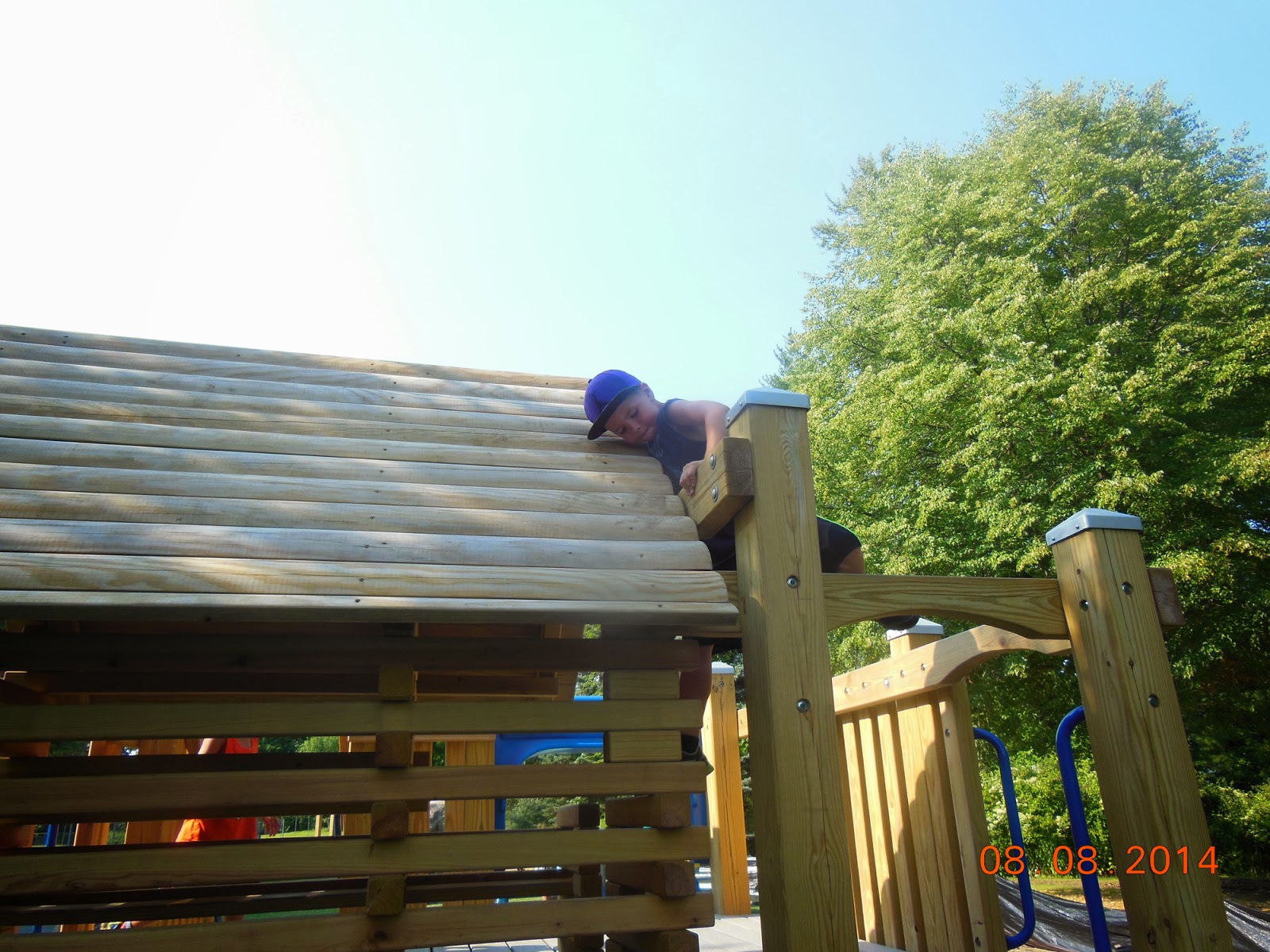 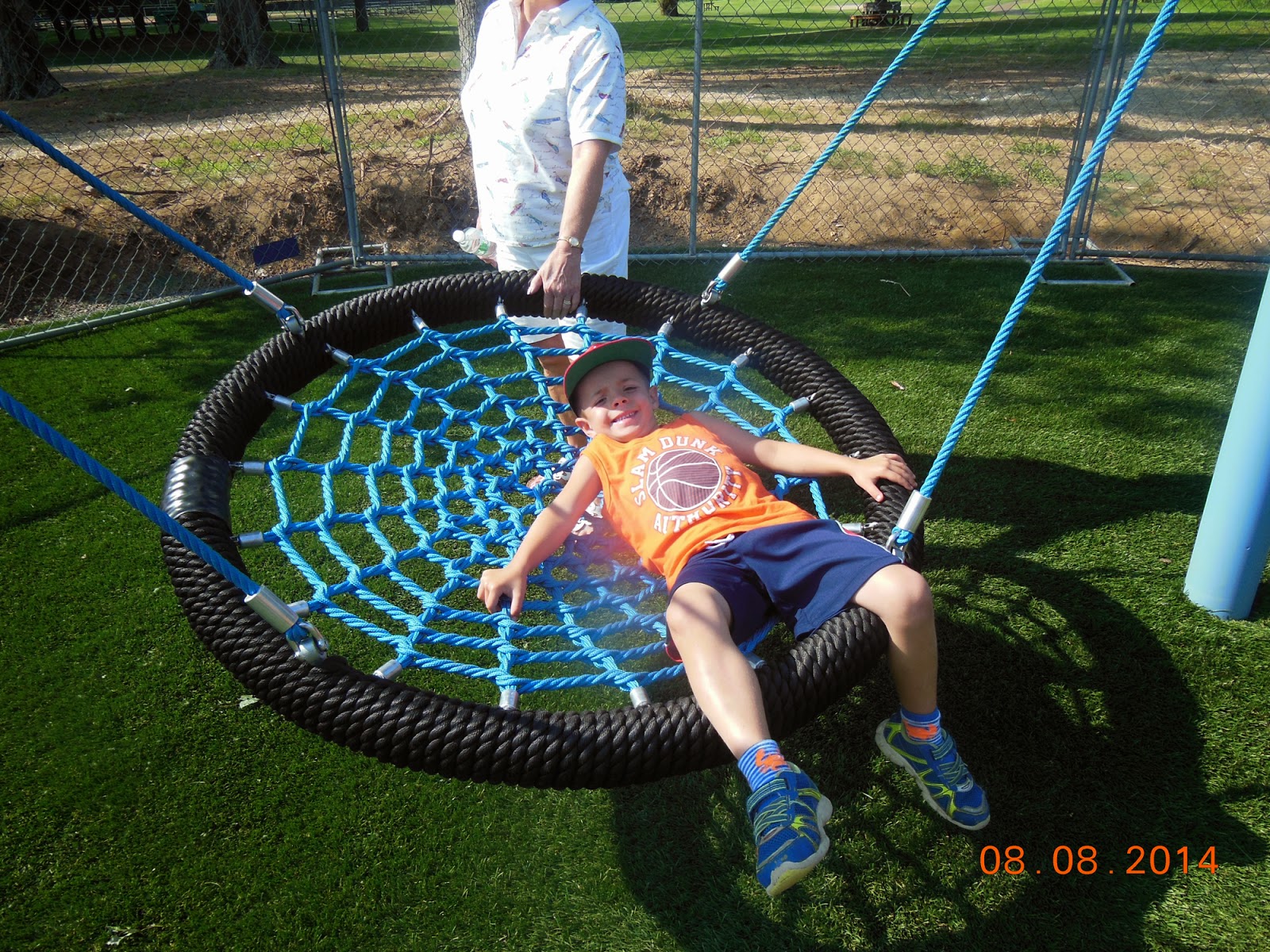 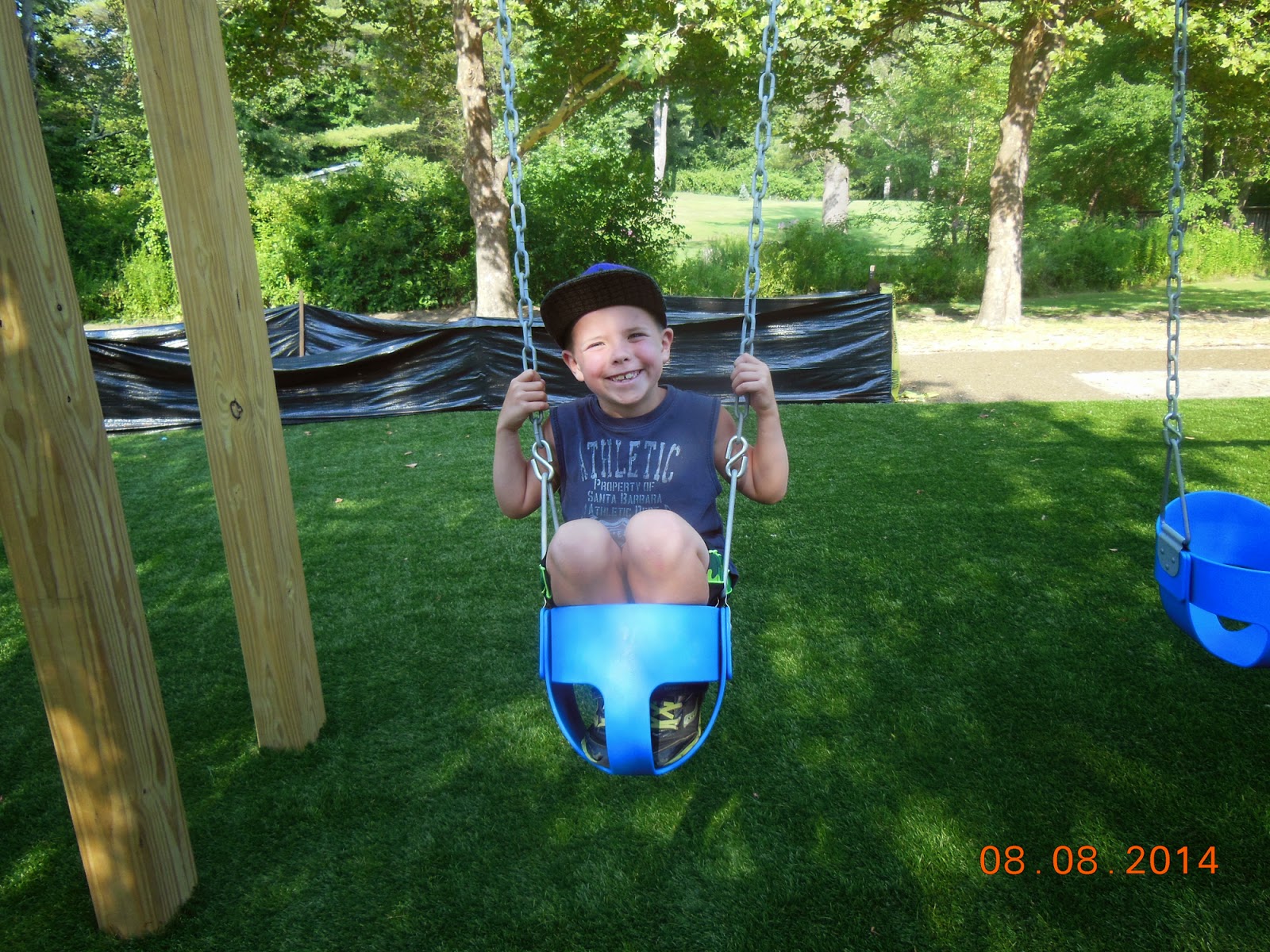 Posted by George Stockwell at 4:09 PM No comments:

A Week With the Boys

Pete & Jen are in California, so we have the boys for the week.  That means get them up, dressed, breakfast and ready for camp with bags packed, lunches & snacks made, swim suits and a set of dry clothes and signed permission slips where appropriate.   Then it's off to camp to be picked up at 3 P.M. after which it's a snack, an activity of some sort, workbook pages, dinner, baths, stories and what ever else needs to be done.  Then the next morning it's all over again.

I wonder how single parents do it?!? 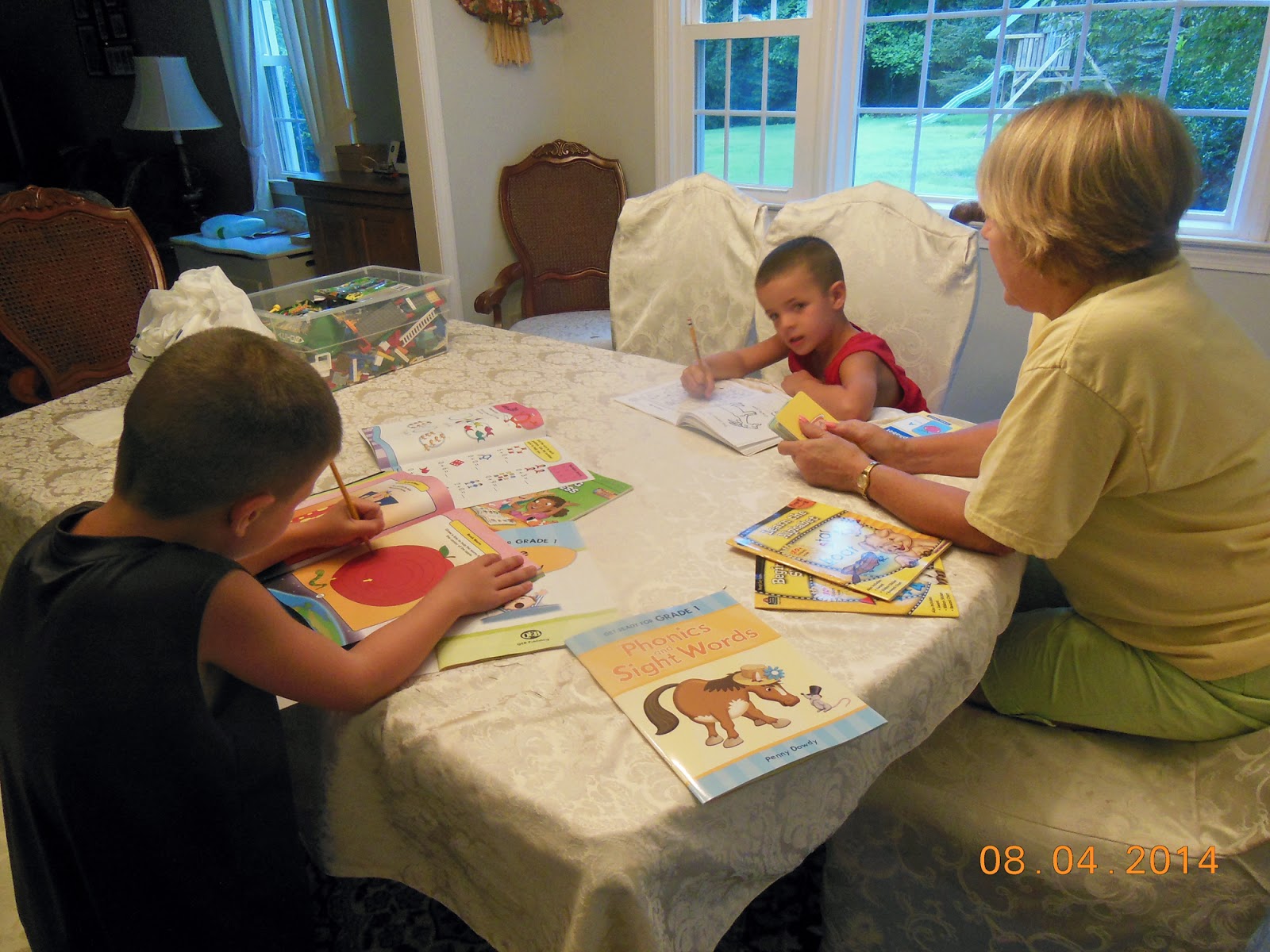 Posted by George Stockwell at 2:16 PM No comments: 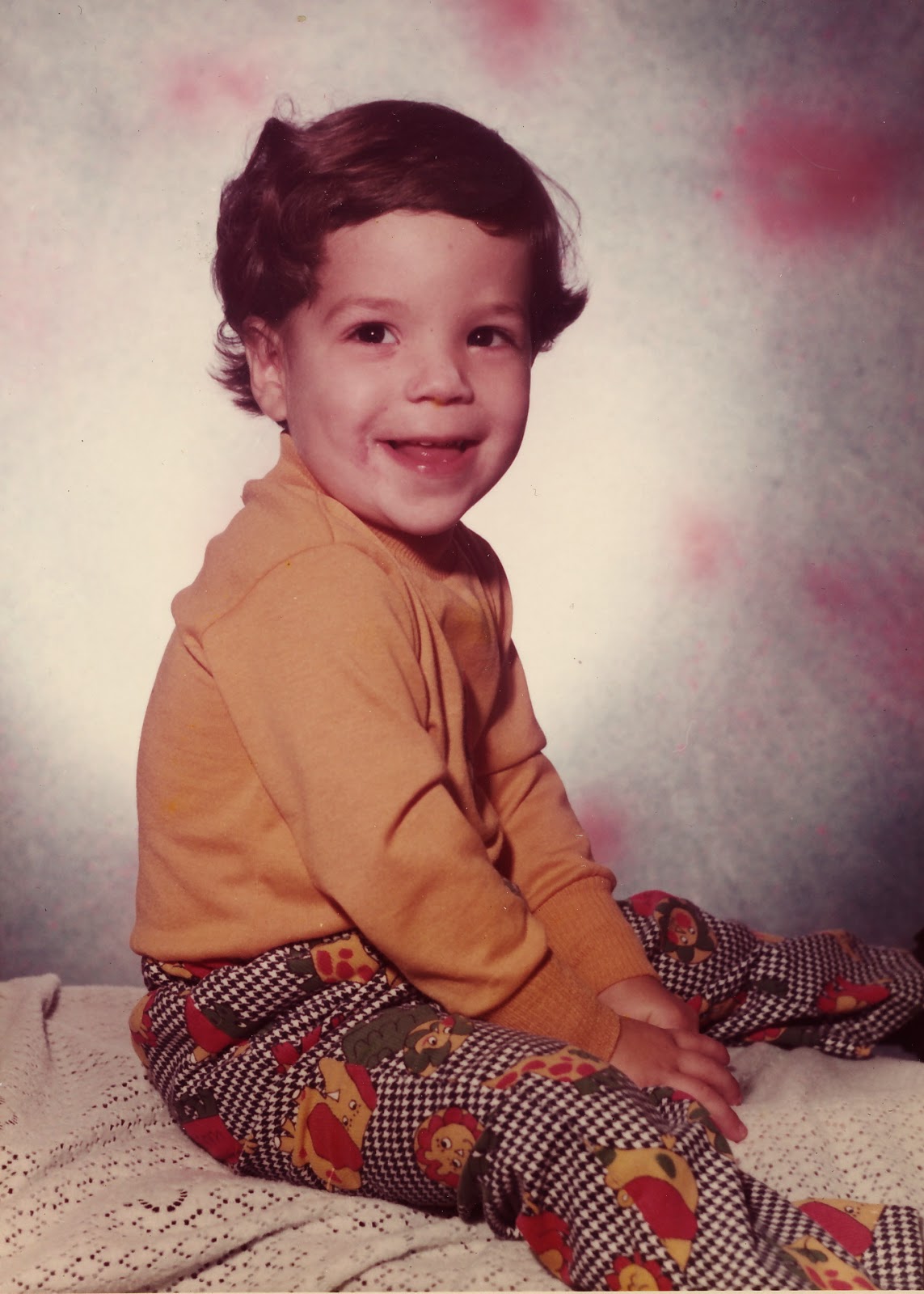 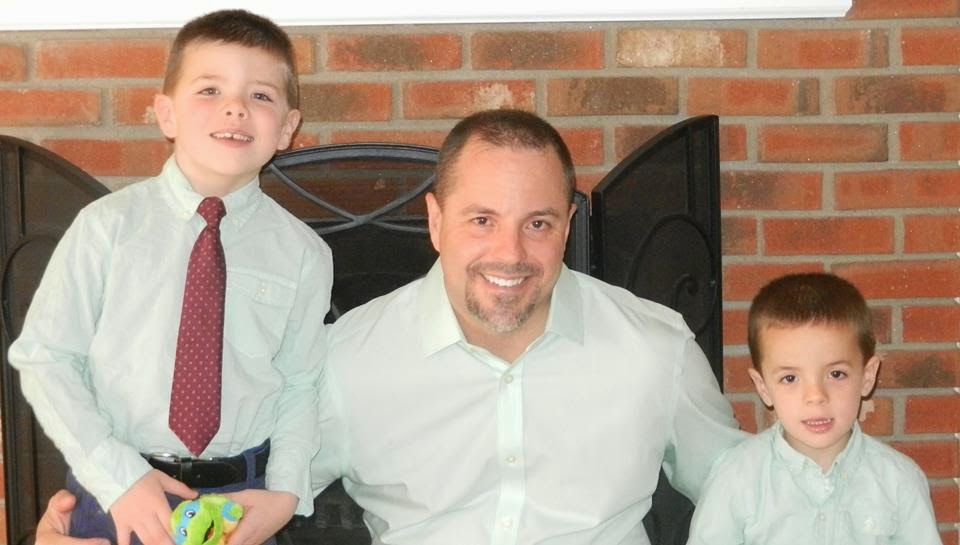