A Morning At the Library

Do you recognize the picture shown below?  Right!  It's a library card catalog file.  You use it to get information about a book or topic.  Well, actually, you DON'T use it.  At least not any more because they've been replaced by, what else?, a computer!  I lost a dollar to my grand daughter Brooke because of this sad fact.

The funny thing is that since this happened I've been informed that card catalogs haven't been in most libraries for at least 15 years.  (That's how observant I am!) It's much less work to use a computer and young people can manage it better.  That shows you how long it's been since I used a card catalog.  I usually know exactly what I want in a library when I go so I go directly to the shelf.

I've taken my grand children to the library many times.  They've become very kid-friendly with story hours, game & puppet corners, videos, computers, and a variety of other things to attract kids.

So if you have or come upon one of those old card catalog files, buy it.  They've become a hot antique. Go figure. 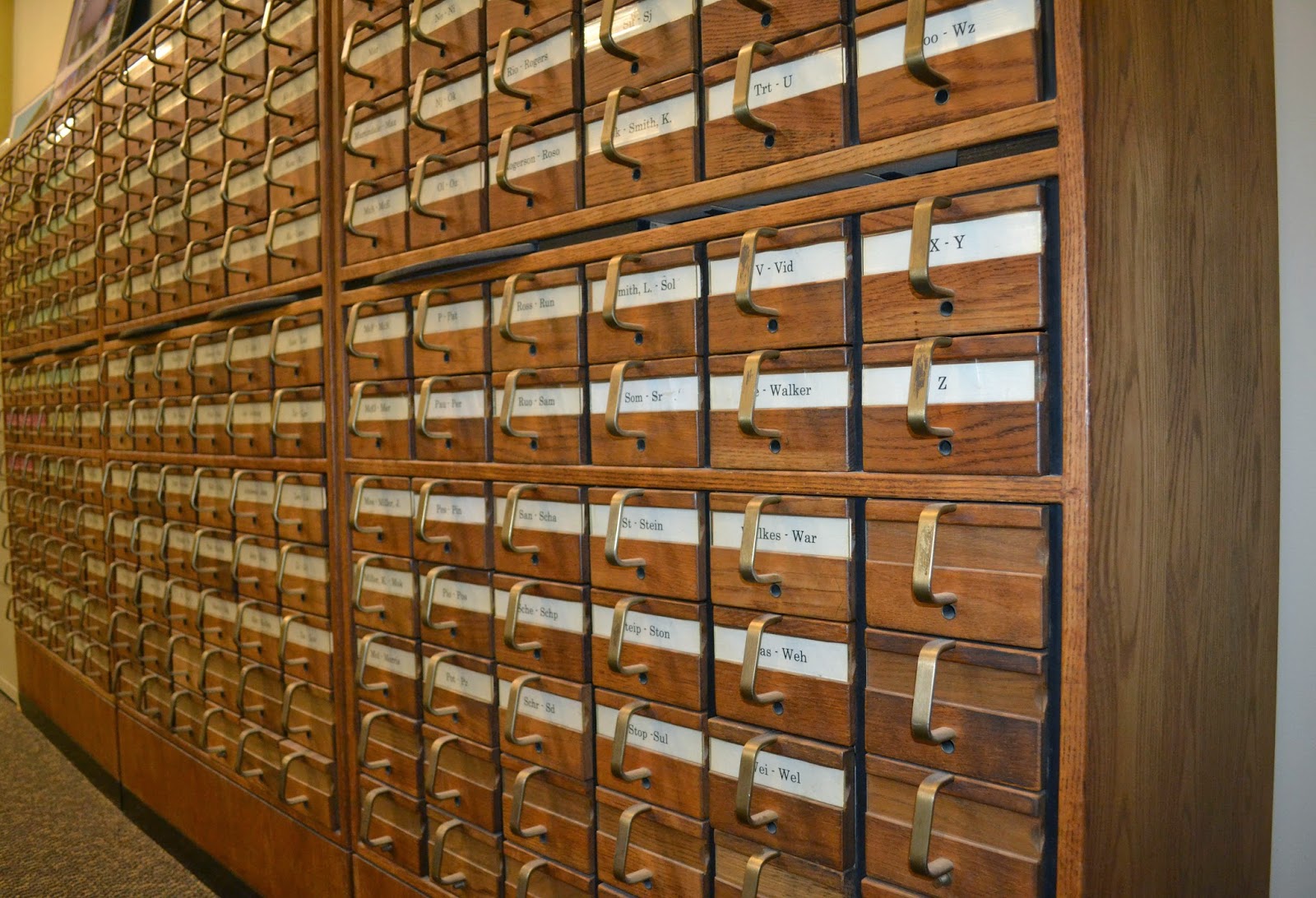 Posted by George Stockwell at 7:37 AM No comments:

We just returned from our annual three-day trip to friends' house in Meshoppen, PA.  Meshoppen is a small, very rural community about 40 miles northwest of Scranton, PA.

Before the discovery of more advanced drilling techniques, it used to be primarily agricultural and actually still is but many large land owners in the area have signed leases that give their mineral rights to companies that extract and transport natural gas-a very, very hot commodity at the moment.

This phenomena has transformed the region somewhat in that millions of dollars are flowing in-along with more people, trucks and heavy duty construction equipment.  The land owners are not complaining though since they are benefiting as well.

While I could go on to explore the pros and cons of one of the aspects of gas drilling (fracking-a very controversial method of extracting every cubic foot of gas possible), it is not about that.

I'm actually commenting on a Founders Day event recently put on by a neighboring town.  There were thousands of booths and displays-and people-up and down Main Street and among them was at least one booth decrying the evils of government in general and gun control in particular.  One of their slogans is "if guns kill people, then pencils misspell words."

According to the couple we were visiting, there are more than a few people in the area who completely agree with the sentiments expressed in that profound lack of logic-a fact which I took the opportunity to point out.  While our hosts are gun-rights enthusiasts, they agreed and laughed about it.  So I don't mean to disparage them in any way but it is interesting to see how the further you get from 'here', the more this kind of thinking pervades the community.

What does that say about the chances of seeing progress in the area of gun control on a national level?  I fear the issue is doomed-or to put it another way-death by GSW!


Posted by George Stockwell at 3:48 PM No comments: 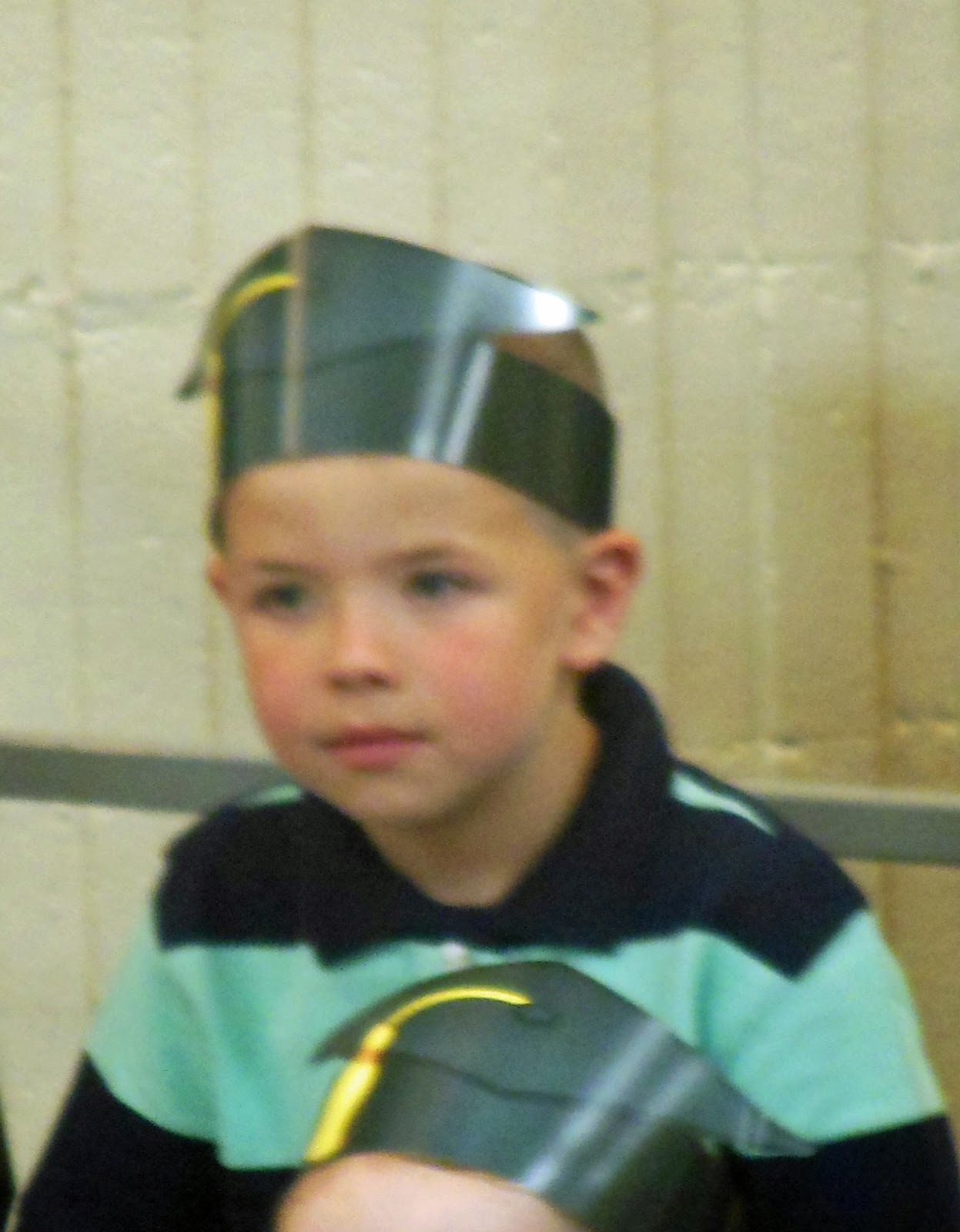 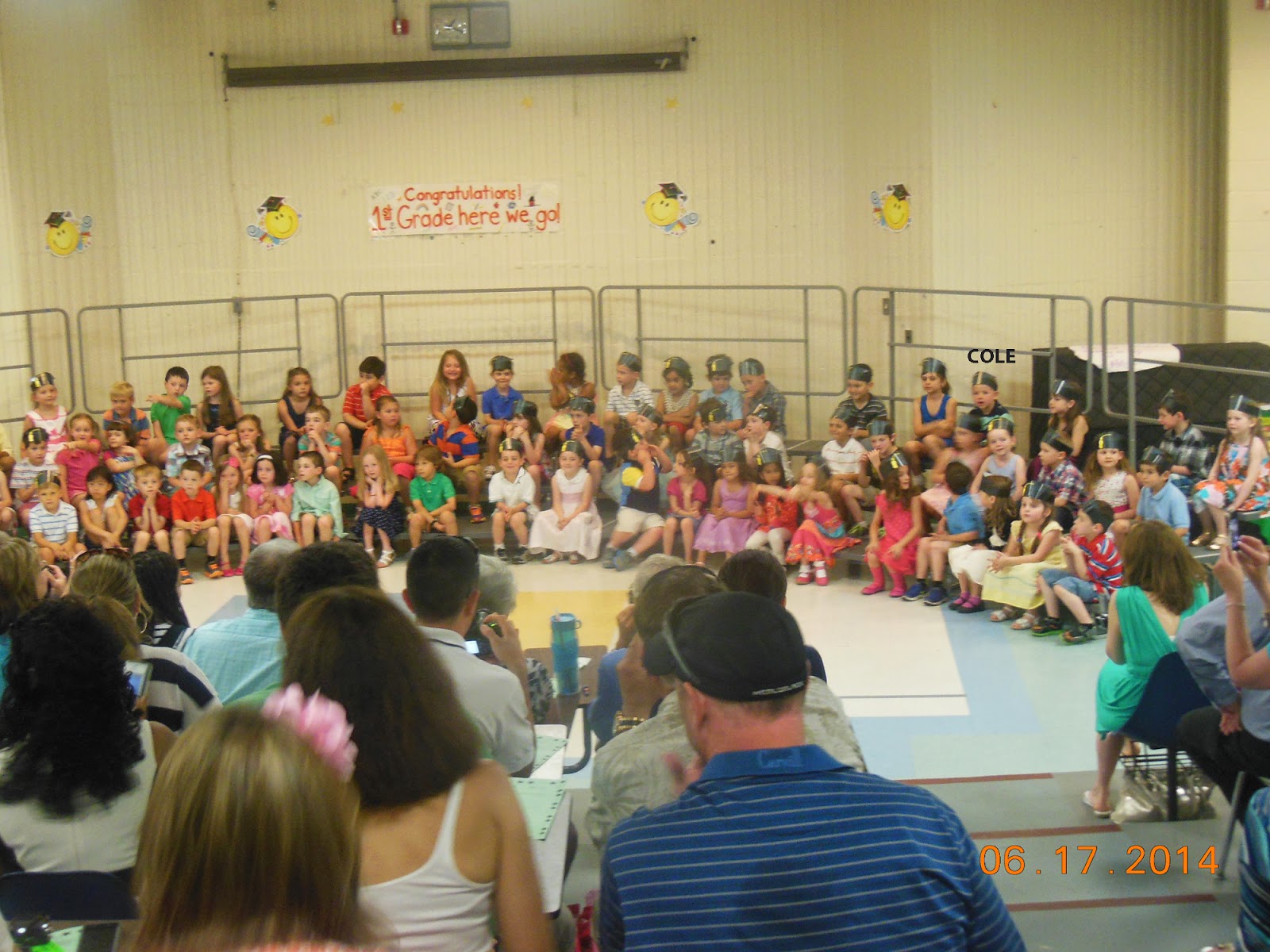 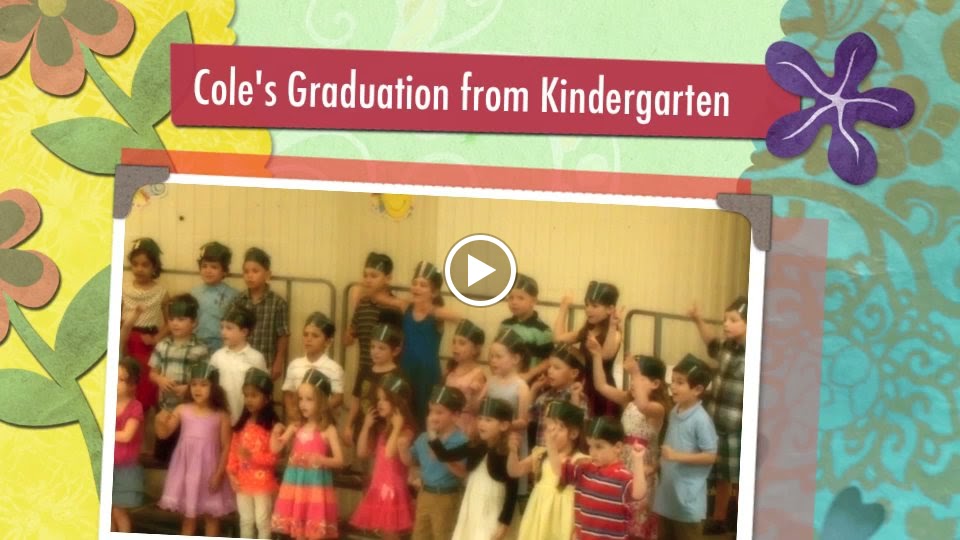 Posted by George Stockwell at 4:15 PM No comments:

Don't forget to check out the photo albums on georgeswebpage.com.  Lots to see.

georgeswebpage.com
Posted by George Stockwell at 11:33 AM No comments:

It's that time of year again-Graduations.
Over the years graduations have increased tremendously.  Throughout my life I participated in 4 graduations-eighth grade, high school, college (B.A.) & graduate school (M.S.) with the last one being forced on me by Sandi.  Otherwise it would have been three.

Yesterday we celebrated our youngest grand son's first graduation-from preschool.  The next one will be Tuesday when Cole graduates from Kindergarten.  The next after that I think will be Brooke's graduation from elementary grade 5 to middle school.  And on and on it will go for who knows how long.

What is one to make of all of this?  I used to think bah humbug, it's all ridiculous-too much too soon but I've changed my mind completely.  It's great watching how happy the kids are and the pride they take in their accomplishment.  What could be wrong with that?  What's the harm?  None.  If anything it's one more opportunity to be with the family.

So I say congratulations Nicholas and anyone else.  I hope there're many more. 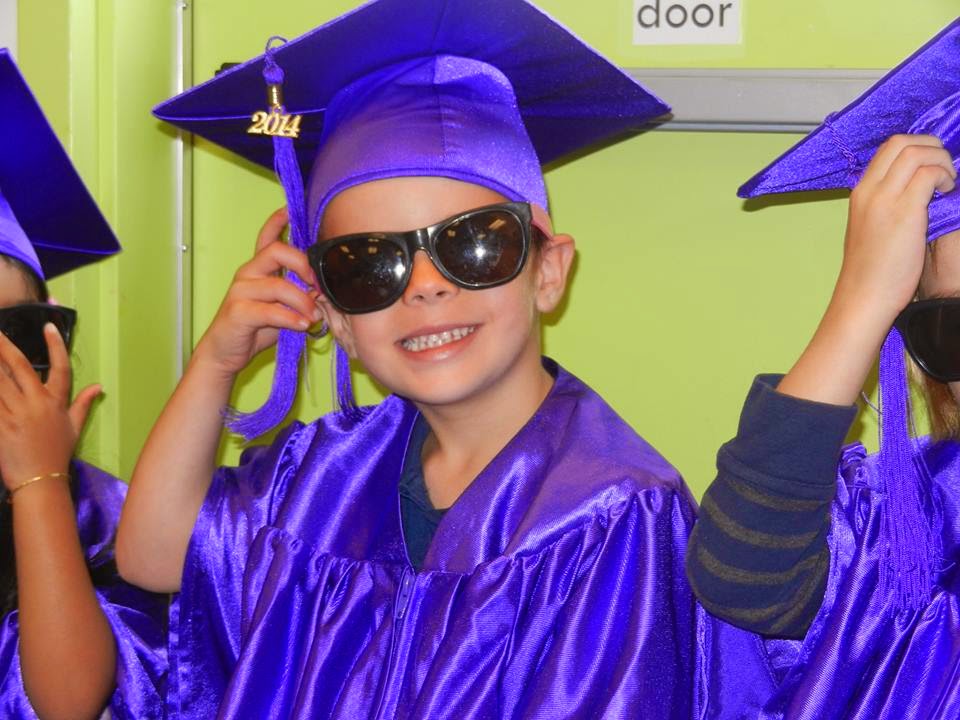 Posted by George Stockwell at 7:44 AM No comments:

(Warning: This is a political statement) Can it get worse?

The key issue is apparently U.S.  immigration policy-or more precisely-the lack of it.

Will the rest of the red states follow Virginia?

georgeswebpage.com/photogallery
Posted by George Stockwell at 8:48 AM No comments:

Happy birthday to Becky Stockwell Sullivan, born on this day 1975.  She and her brother have been a constant source of pride and happiness to us, their parents. 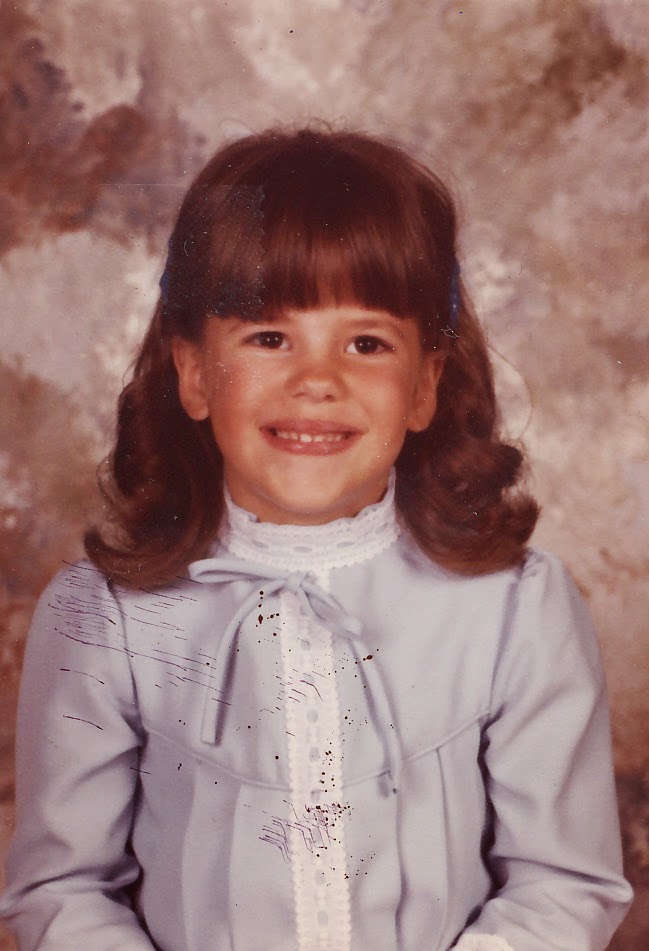 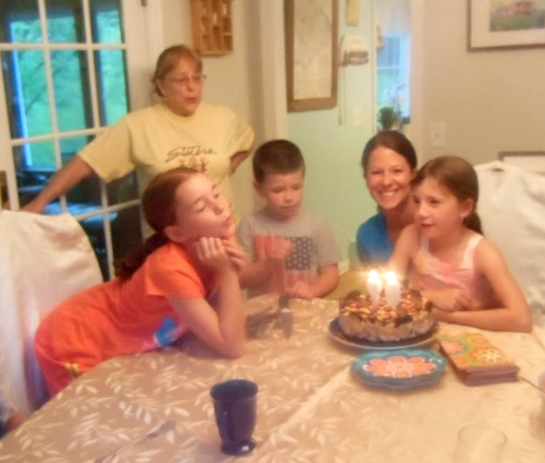 Posted by George Stockwell at 8:05 AM No comments:

Yesterday was easily one of the nicest days you could have and it was even better with the family over for an early birthday celebration for Becky.

I love watching the grand children play in the yard.  Then as the last one left the house I noticed on my message board a picture of me left by either Brooke or Courtney.  These message board drawings are beginning to become a tradition. 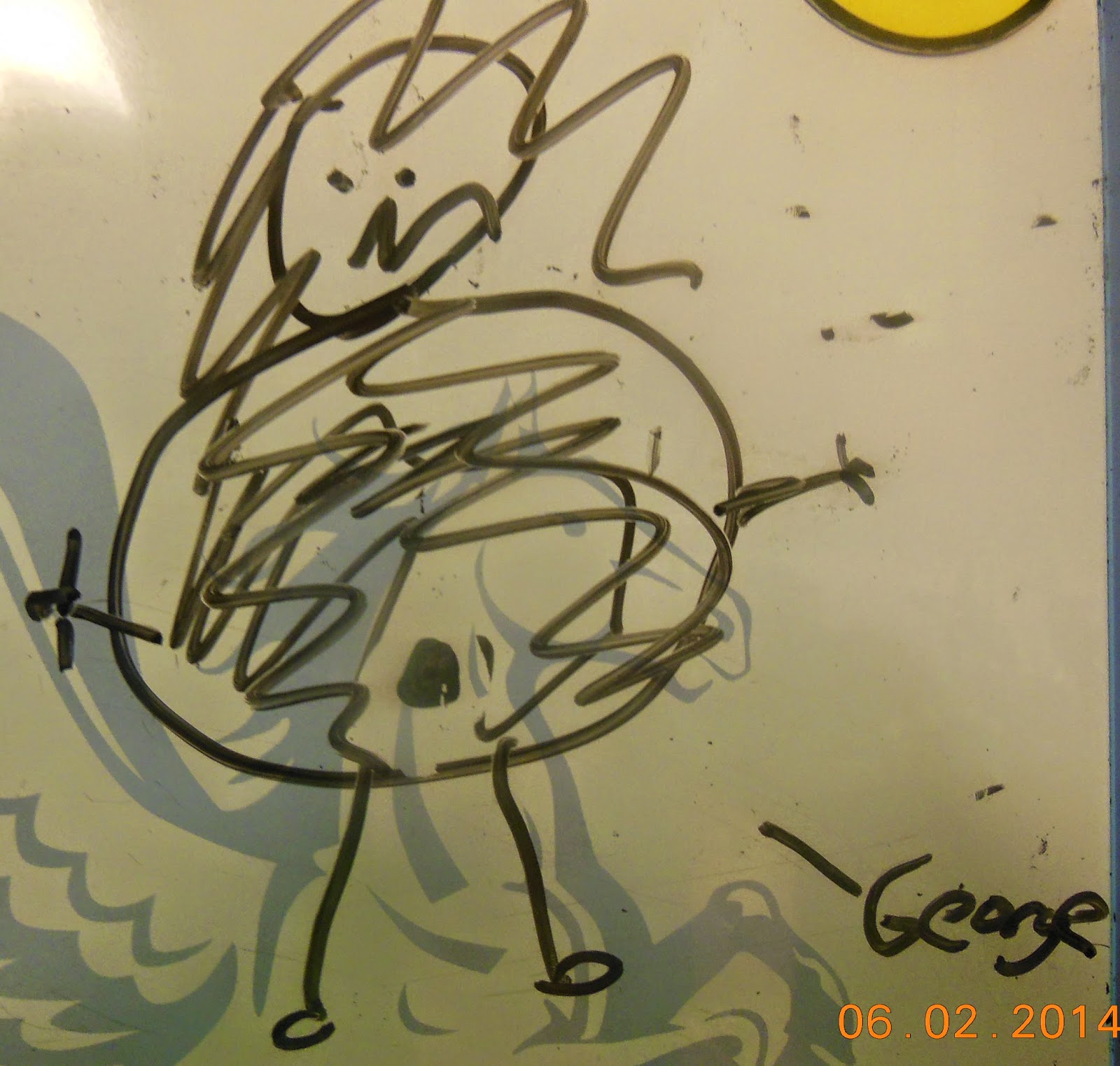 Posted by George Stockwell at 8:08 AM No comments: