Thanks, PURA, for nothing!

I am not a customer of UI but I do have painful experience with CL&P. I have found this utility to be woefully mismanaged.  During the past few years there have been numerous power outages during snow storms and hurricanes.  Granted, this is not at all unusual and in fact to be expected but the agonizingly slow response and long duration of the outages is unacceptable.

I tried to get a list of the salaries of CL&P's top management but they were able to sneak through a loophole in the law and avoid disclosure.  However, their parent company, Northeast Utilities, reports salaries for top management in the millions of dollars per year.

So now the very agency who is supposed to be safeguarding the consumer and ensuring we pay competitive prices yet again rewards negligence and incompetence.

Here's a quote from PURA's web site:
"PURA balances the public’s right to safe, adequate and reliable utility service at reasonable rates with the provider’s right to a reasonable return on its investment.

My question is who oversees PURA?  Who do they answer to?  Surely not the consumer! We already pay among the highest rates in the country. Time to write letters to reps I guess.
Posted by George Stockwell at 3:37 PM No comments:

Class pictures are in

2014-2015 class pictures of grand children are in.  Click here if interested: georgeswebpage.com  From there navigate to photo page.
Posted by George Stockwell at 7:32 AM No comments:

I attended a Veteran's Day breakfast with my two grand sons ages 5 and 7.  The 5 year old wasn't too into it because he was a little young to fully understand much of what was said and the speaker definitely bored him but the 7 year old couldn't get enough.

Following the program on the way back to their classrooms the 7 year old managed to ask me several questions.  He would have kept going had we more time and he may even pick up with it again when I see him.

Here are some of the questions I was asked:

1.     What did they teach you to do in the Army?
2.     What was everything you had to carry with you when you went camping?
3.     What did you do with your little shovel (entrenching tool)?
4.     When you camped out (went on bivouac) why did you dig a little ditch around your tent.
5.     Where did you take showers and brush your teeth when you camped?
6.     Did you ever camp in people’s back yards?
7.     When you put up your tent with the other guy how did you decide which side your dresser would be on?
8.     Did you ever see bears in the woods.
9.     How come you had to run so much?  Why couldn’t you just walk or ride?
10. How come they wouldn’t let you take your gun home with you?
11. Who got it after I was done with it?
12. What happened to all my army clothes?
13. (After listening to a talk about Veteran’s Day in the school cafeteria) What does sacrifice mean?
14. Why would you think someone else is more important than you?
15.  Why do other people want to hurt us? Why can’t we just get along like Nicholas (his brother) and me?

As I said, it could have gone on and on with the answer to one question leading to 3 more.

Don’t believe anyone who tells you kids never listen!
Posted by George Stockwell at 7:11 AM No comments:

It's Veterans Day, formally known as Armistice Day. The name was changed to Veterans Day in 1919 and declared a legal holiday in 1938.

Prior to the all volunteer armed forces that we have now, there used to be an active induction program commonly referred to as the draft because it was at a draft board that you would register.

Millions of men served as a result of having been drafted (women could serve but were not drafted).  You would receive a letter about 3 months before your scheduled departure date that began "Greetings".  It then went on to explain you've been inducted in the United States Army and then it  gave you instructions as to the next steps.

In those days if you weren't a student or married, being drafted was an expected right of passage.  Men took it as a given that they were going to serve.  They didn't whine, cry, complain, run or hire lawyers.  They just went, did their two years and returned.

I often hear veterans say they should bring back the draft.  I'm not so sure.  I'm content to let the all volunteer system let itself work.

At any rate, at 11 A.M. this morning it is customary to take a second or two to quietly reflect on the sacrifice made by so many. It's not too much to ask. 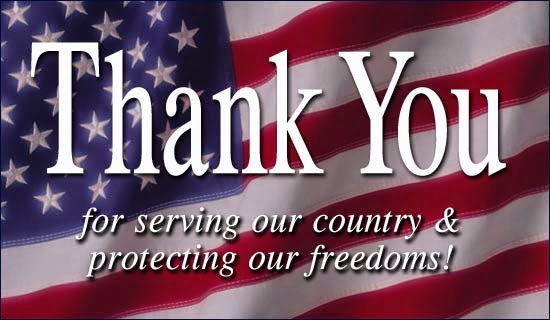 Posted by George Stockwell at 7:00 AM No comments:

A great day in NYC & new pictures to view.

It was a great day Sunday the 9th with Pete, Jen, Cole, Nicholas and Grammy & Grampy in NYC.  First the Radio City Music Hall Christmas Show.  Then Rockefeller Center, the M&M store, Toys R Us and finally lunch at the Hardrock Cafe.  After lunch a brisk walk to Grand Central Station and the train ride home.

New pictures to view on georgeswebpage.com.  Click on 'photo albums and slide shows' in navigation bar at top of page.
Posted by George Stockwell at 11:35 AM No comments:

As we approach Thanksgiving more and more stores and malls are announcing that they will be opening their doors at 6 P.M. Thanksgiving day.  It's not bad enough that the day after-black Friday-has become a feeding frenzy but now they have to open earlier.

Many people being interviewed on the news show doing this story expressed outrage.  They blamed it on corporate greed and a variety of other ailments afflicting our culture.  They apparently missed the point that it's the shopper who is driving this trend.  If people had enough brains to simply stay out of stores then they'd eventually close.  After all, no one's going to pay employees to stand around an empty store.

Common sense.  It all comes down to common sense.
Posted by George Stockwell at 7:19 AM No comments:

Today is Election Day-mercifully! We're not electing a president but it's still important because there are many senators, congressman, governors and a bunch of other people of lesser importance running.  There's a chance-some say a good one-that the republicans will capture the senate.

In a way that's good because then in two years when a whole bunch more people come up for reelection, the nation will see how much damage the republicans did and there will be a huge turnover.  Then again, the stupidity of the American electorate never ceases to amaze me so who knows.

But most important of all after today the plethora of TV ads and phone calls will stop.  While it will take longer  the lawn signs scattered all over town will slowly disappear too.

Speaking of lawn signs, I wonder if anyone is swayed by those signs.  Do people drive along and subconsciously think "gosh, there sure are a lot of signs for that guy or gal, he/she must be better.  He/she is getting my vote"? They don't influence me, that's for sure.  In fact you could say they have the opposite effect.

At any rate, it will soon be over and life will go on pretty much the same as it always has for the next two years  at which time it all starts over again.  Democracy in action.  There are worse things!
Posted by George Stockwell at 8:25 AM No comments:

Halloween has come and gone.  Happy November.  To learn more about the month of November, click here: georgeswebpage.com/almanac
Posted by George Stockwell at 1:50 PM No comments: