For the past few days and continuing into next week we have been mercifully ignorant of national and world events.  It's such a pleasure to NOT know all the bad news there is out there.  Instead we're preoccupied with warm weather, the beach or pool and family activities.

I think there's something to the notion that ignorance is bliss-but, alas, it won't last.

I'll let you know when you should check my web site for updates and new pictures.
Posted by George Stockwell at 11:55 AM No comments:

As I write this a controversy is raging over the plan to accept Syrian refugees into the United States. To date thirty one republican governors have vowed to turn them away from their state (although they do not have the authority to do so) while on the Today show this morning former director Tom Ridge of Homeland Security decried the move and went on to soundly criticize the Obama administration for everything ranging from foreign policy to terrorism itself.  Ridge of course has been out of the loop for nearly  ten years but, hey, who's counting?

Here's the thing.  There was a time when the United States of America was the go-to place if a people were fleeing political oppression and tyranny.  It was safe haven for anyone.  Remember the inscription on the Statue of Liberty?  Give me your tired, poor, etc etc.

What happened to that sentiment?  What has happened to this country?  Obviously we need to ensure that the people we allow in are safe and pose no threat to the rest of us but surely we have room for the others, don't we?

Hatred, intolerance and ignorance must not be allowed to overtake this nation. If it does, we're no better than anyone else.
Posted by George Stockwell at 10:33 AM No comments:

My son,  his family and all the rest of us who knew her had to say good bye to their dog Sadie today.  She was very old and ill for quite a while. She was a sweet, lovable dog and will be greatly missed. 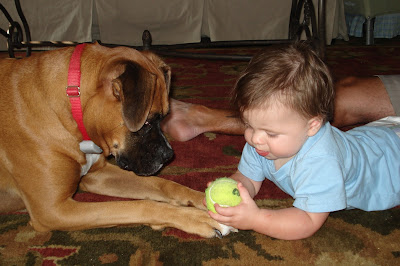 Posted by George Stockwell at 4:54 PM No comments:

With all of the miserable news bombarding us these days (politics, terrorism, etc.) it's nice to be able to report some good news.

Exactly one week from today we will board an airplane and head to warm, sunny (like today here actually) Naples, Florida.  It's our yearly family trek to our condo for about 10 days to celebrate Thanksgiving, enjoy the weather and have a lot of family fun.  We return home in early December for not quite a month at which time we once again return to Florida for a little over a week in January. Then it's back home to hunker down for the winter. But then, guess what? Before you know it, it's spring again.

And so it goes.  Month after month. Year after year.

Next blog?  In a few days.  Possible topic?  Unless something comes up to annoy me, it will probably be about an issue I've stumbled across a few times lately: shame.
Posted by George Stockwell at 7:32 AM No comments:

Happy Veterans Day, fellow veterans.  I served in the U.S. Army from May of 1964 to May of 1966.  It was during the early stages of the Viet Nam war but I was not shipped there.  I spent my entire two years at a state-side post.  None of this was through any of my own doing.  I, like millions before me, was drafted and therefore did pretty much as ordered to do.  Two months before I was due to be discharged, I received orders to report to the First Cavalry Division in Viet Nam but because I had only two months left, the orders were rescinded.

My two years in the army were relatively uneventful.  I made a lot of friends and still remain friends with a couple of people. Like anything else in life there were some good times and some bad.  I absolutely do not regard myself as a hero.  Sure, I gave up two years to serve and I could have been shipped just about anywhere at any given time but unless you were married or a full time student, so did a bunch of others. It was simply part of the times and every healthy young man could expect it to be a part of their life

America does not have a draft anymore.  Every eighteen year old male does have to register but no one is drafted.  The armed forces are all voluntary.

I'm reminded of this because a recent news item reported that a Connecticut National Guard unit has been ordered to Afghanistan.  This got me to thinking.  The original purpose of the National Guard was to maintain order and security at home-not abroad.  But over the past several years many national guard units have served over seas in perilous circumstances.  I think this is a problem.  The national guard is not meant to be a general army.  It was meant to be here, at home. Why is it necessary to use them as though they were regular army soldiers?  Is it because not enough people are volunteering in the regular army?  I don't know the answer to that but the implications are far reaching.  Am I suggesting that we bring back the draft?  No, I wouldn't want to see that happen so maybe what we should be doing is making it more worthwhile for people to volunteer for the regular army. 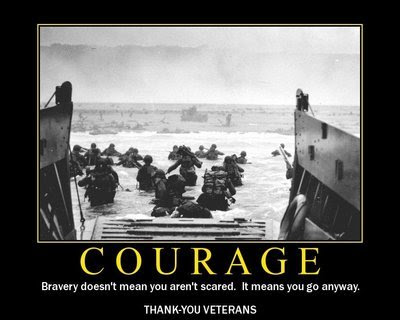 Posted by George Stockwell at 7:28 AM No comments:

Will the real Ben Carson please stand up?

This just in:  Ben Carson, republican candidate for President of the United States is now leading in republican voter polls and other polls show him beating Hillary Clinton in a general election.

For the record, Ben Carson is a nut job.  Click here to find out why.  You'll be amazed.

http://www.salon.com/2015/0/30/the_7_most_impressively_stupid_things_ben_carson_has_said_partner/
Posted by George Stockwell at 9:45 AM No comments: 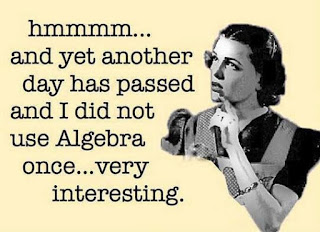 I see this a lot. People send me joke emails with it and it has been posted on Facebook many times.  I laugh whenever I see it-not because there's truth to it and learning algebra was a waste of time but because it's dead wrong.

For the record basic algebraic principles are often introduced in kindergarten and continue through high school.  To understand this it's necessary to know what algebra  is.

Algebra is actually lots of things.  Most people think it's something like this: 4X-12=2X+18 (answer at the end of this post). Well, that is certainly the kind of algebra we practiced in high school but it's much more.  Notice the equal sign.  That's important.  It implies balance.  One side has to equal another.  Think of balancing your household budget (or maybe not).  What goes out has to equal what's coming in.  Basic arithmetic is basic algebra.

Other kinds of algebra involve sorting, patterns and estimating-all taught in elementary school.   At the heart of it all is a way of thinking.  A way to approach and solve problems.  Logic and analytical skills  are the things we want children to develop.  That's algebra.