Many people showed up for the Sandy Hook 5K race Saturday morning.  Grandpa was on babysitting duties while the parents ran. 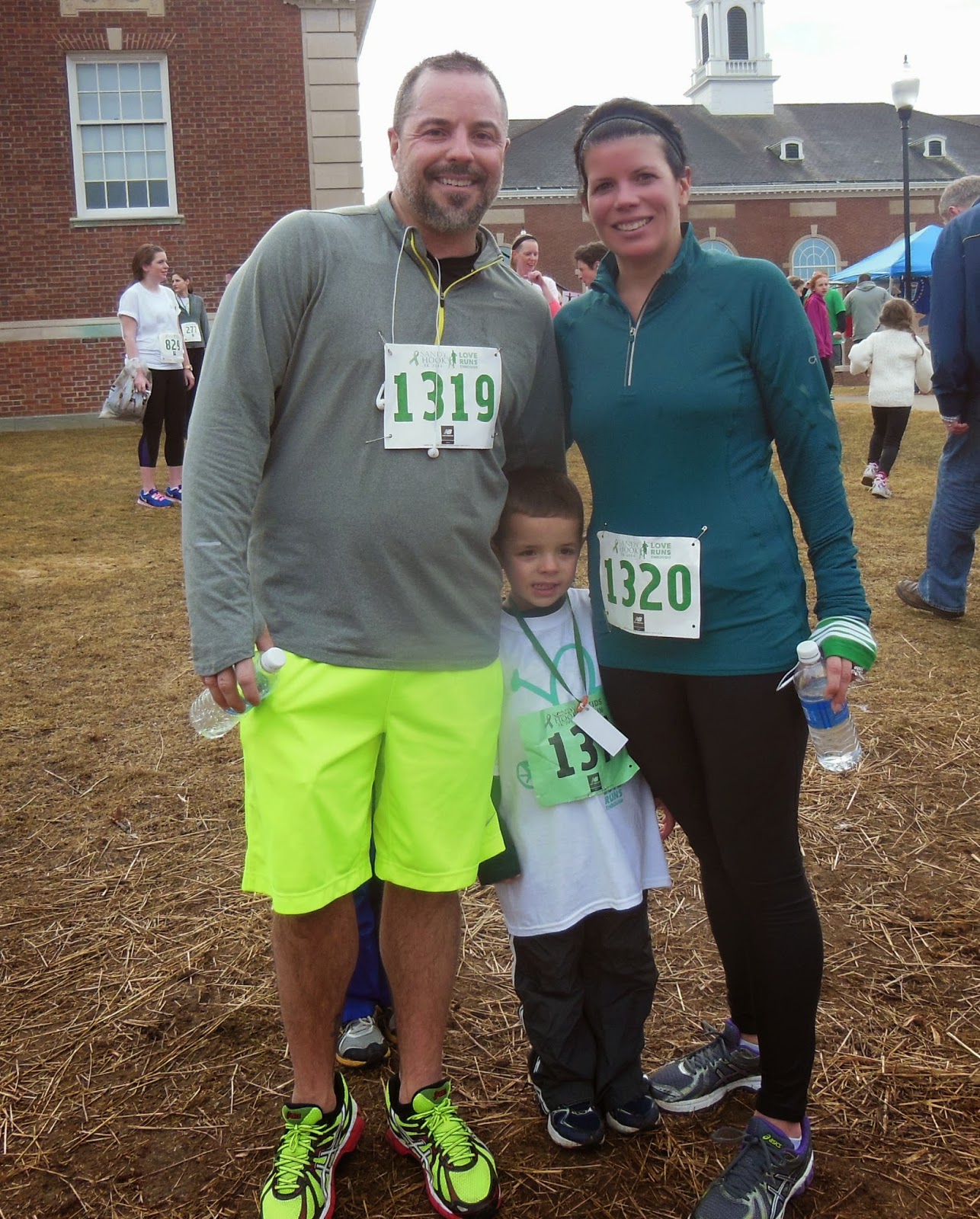 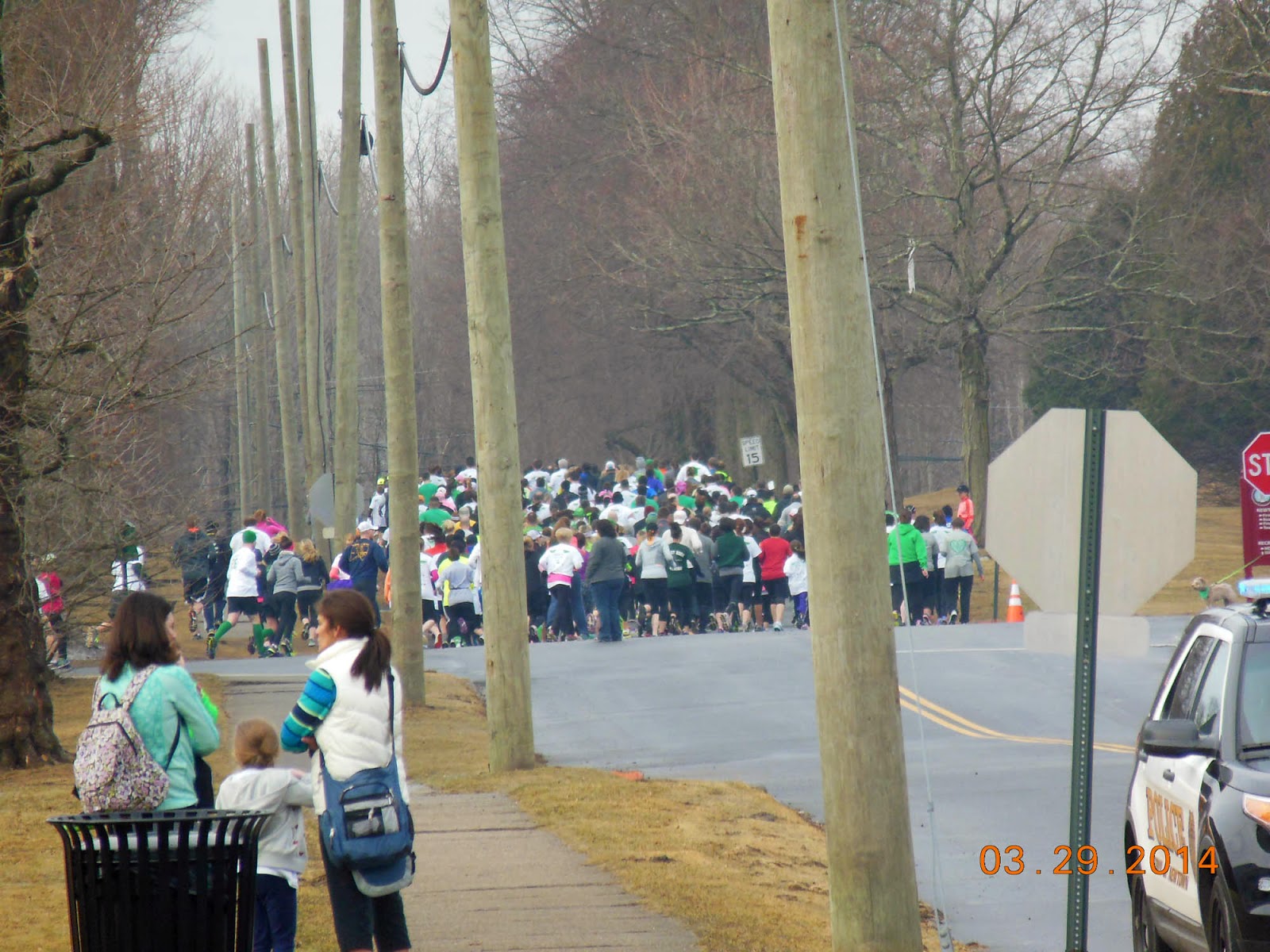 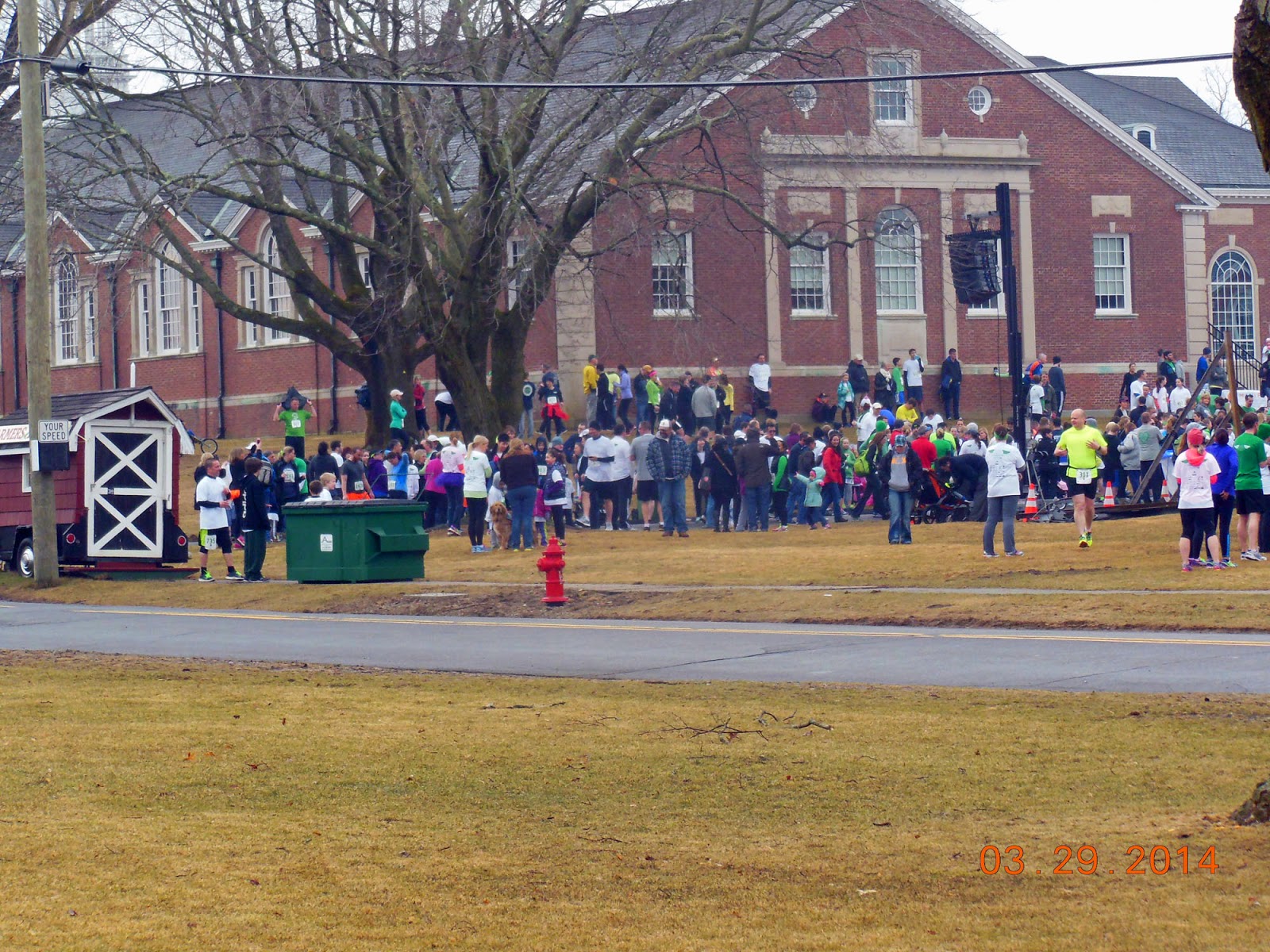 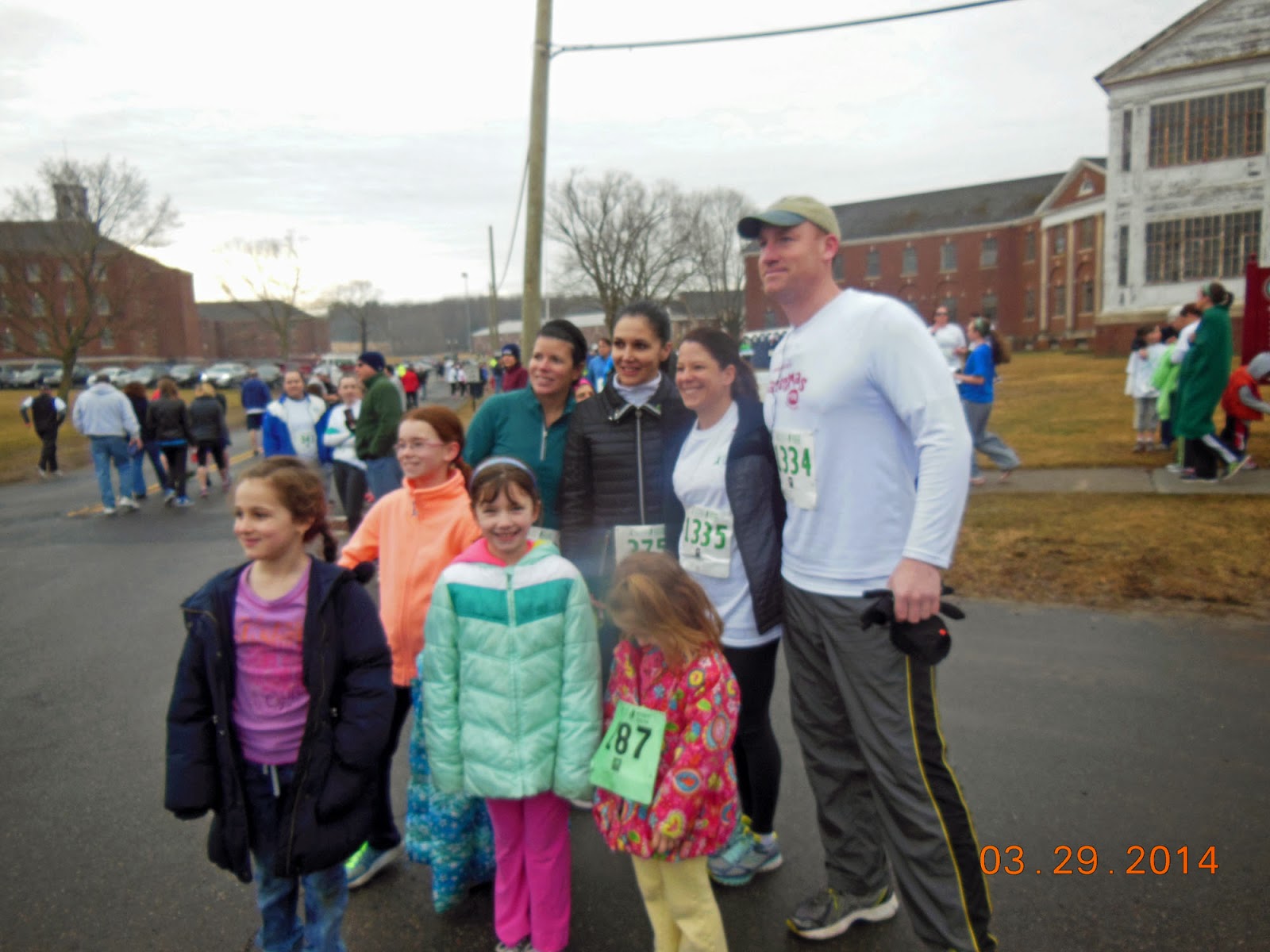 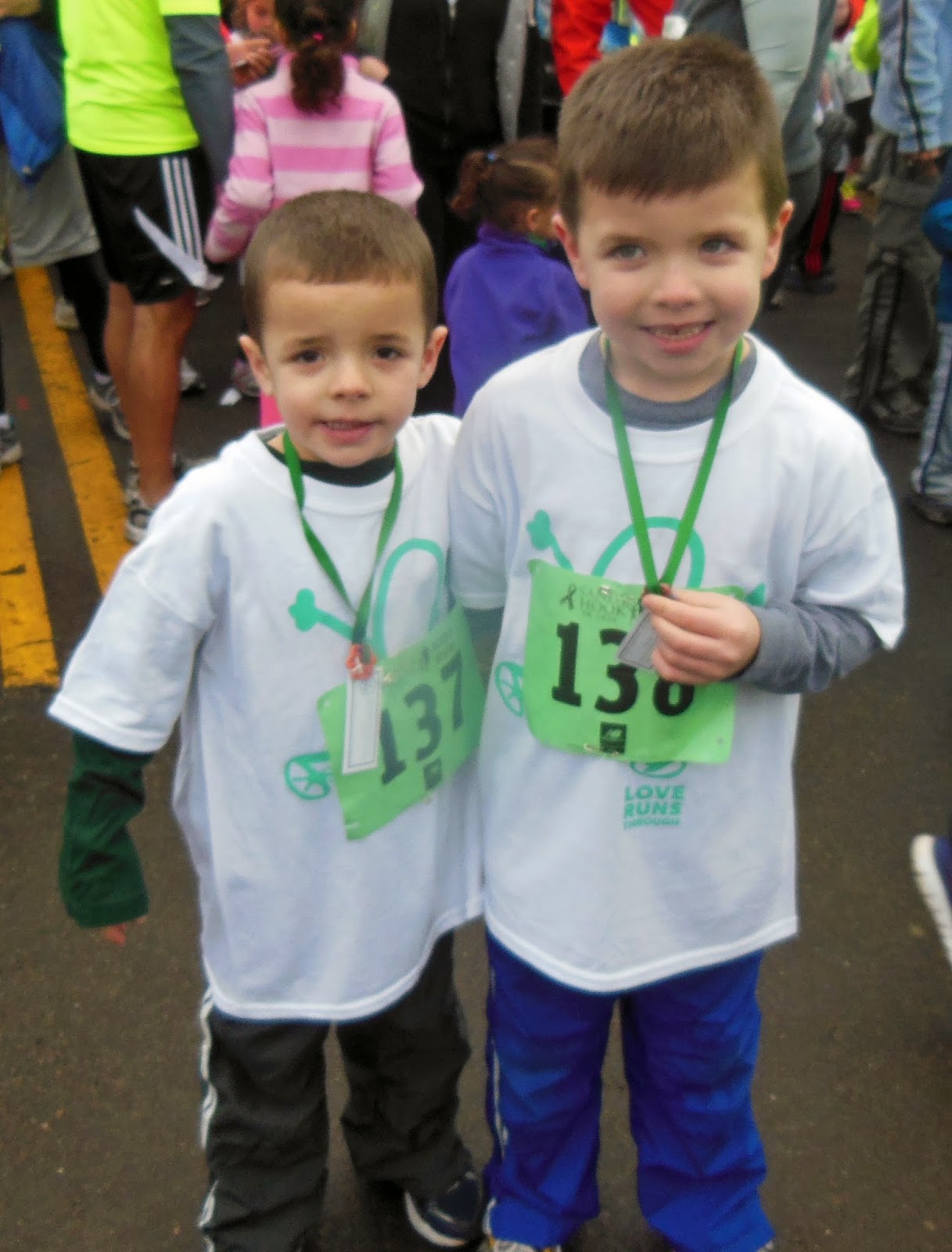 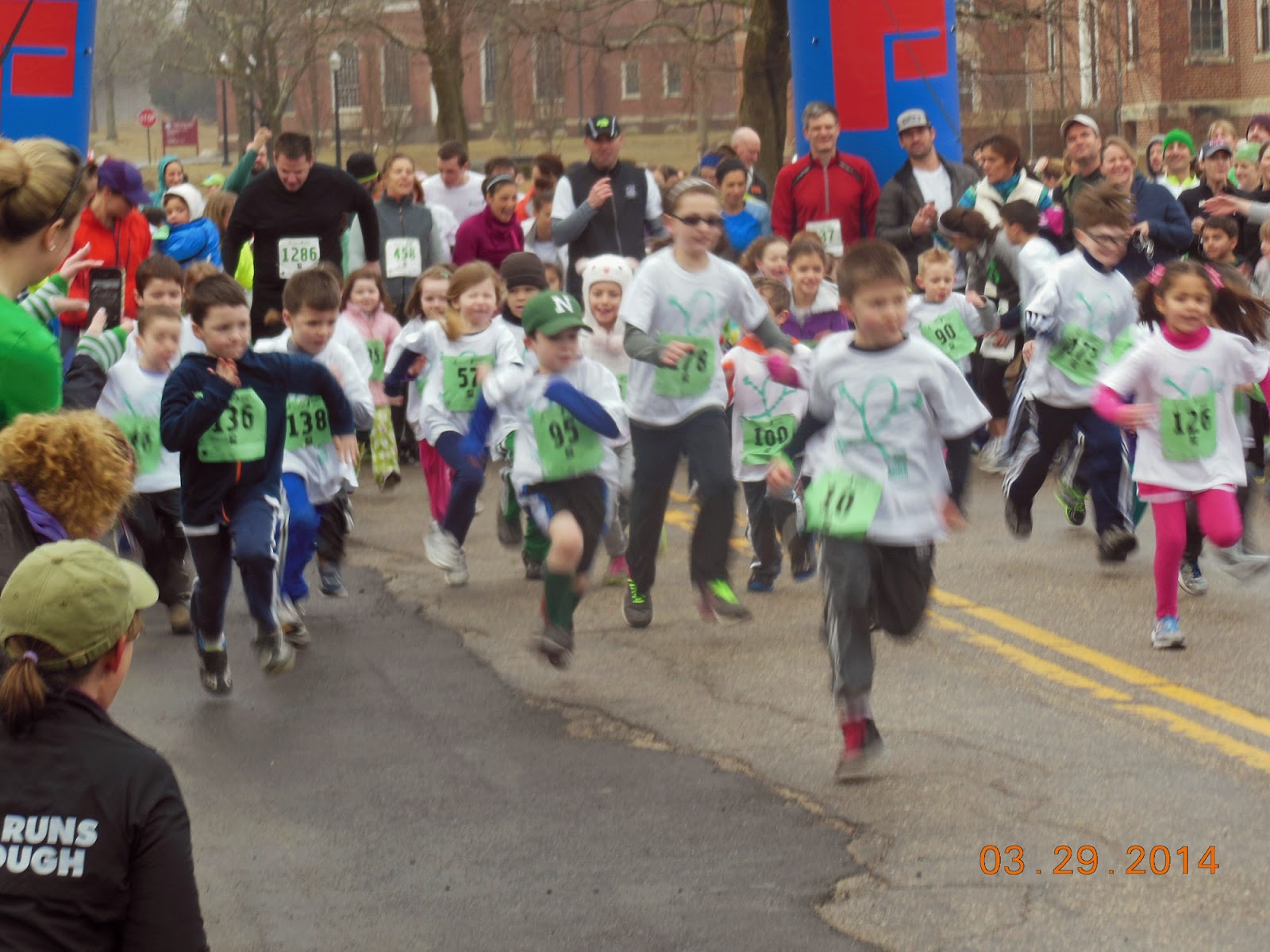 Posted by George Stockwell at 11:31 AM No comments:

Some thoughts about the minimum wage

The Connecticut General Assembly voted Wednesday, March 26th,  for legislation that would raise the state's $8.70 minimum wage to $10.10 by January 2017.

I have some thoughts about this.

First of all I find myself agreeing somewhat with those who opposed this law---but not for the reasons they state which is that such a law will put an undue strain on businesses thereby actually doing more harm than good because it will result in lay-offs.  That argument  is absurd.  We're talking about an increase of $1.30 per hour over the next almost 3 years.   Plenty of time to prepare.

But what is equally true is that it simply won't accomplish what the president and the rest of the democratic party say it will.  To think that the life style of those earning minimum wage is going to significantly improve is just as absurd as the idea that businesses will fail.

The root problem is that too many people do not earn the amount of money they need to provide for   themselves and their families.  The answer is NOT to keep giving them small, insignificant raises.  The solution is to provide opportunities to acquire skills that are more marketable and therefore valuable.  If such people choose to take advantage of these opportunities, then all well and good.  If they don't, then they get what they deserve-or more precisely-earn.

This way we still expect people to be personally responsible for their actions while at the same time lending them a helping hand.

Now, doesn't that make sense?
Posted by George Stockwell at 7:51 AM No comments: 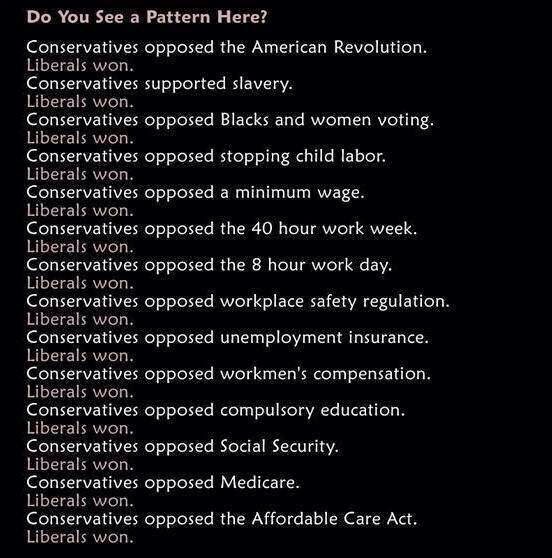 Posted by George Stockwell at 3:08 PM No comments:

It's about time.  I'm sick of winter.  It's been a tough one.  Bring on the daffodils! 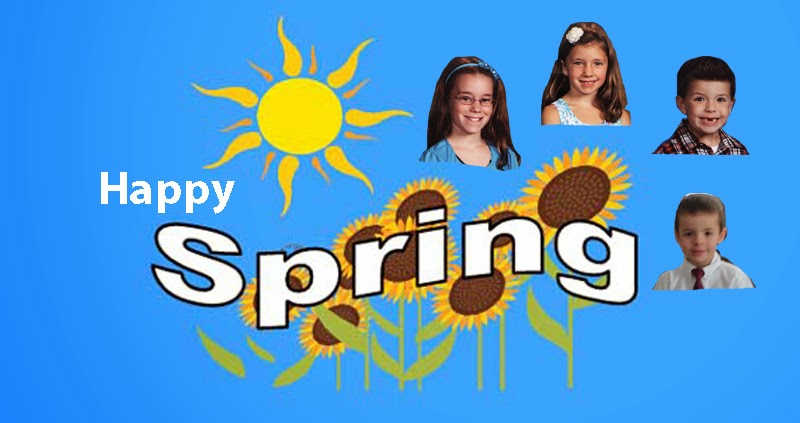 Posted by George Stockwell at 11:07 AM No comments:

The Calm Before the Storm

A local TV news program recently reported that the town of New London, CT has built into its school calendar a day off for a Muslim holiday along with the long established Christian and Jewish holidays.

As far as I know, NBC30  was the only news station to report this and there has been nothing in local papers.  It seems to be just another 'filler' on a relatively slow news day--if you discount the hubbub surrounding the missing airliner.   But I have a feeling this is the calm before the storm.

As this trend grows, and I think it will, there will eventually occur a national outcry.  I can just hear the tea party republicans screaming and moaning, veins popping out of foreheads, frothing at the mouth about the destruction for our cherished values and eventual takeover of Muslim 'terrorists' in our country.

The truth is if you must adhere strictly to the Constitution, there should be NO religious holidays built into a government service such as education.

But the conservative/Christian/Judeo powers that be conveniently overlook that little fact.

It's just another example of their profound arrogance.  They whine about government intrusion yet have no problem telling us how or what to worship, who to marry and what we can or can not do with our bodies.  They're a bunch of hypocrites.

This is an issue to watch.  Should be interesting.
Posted by George Stockwell at 8:15 AM No comments:

Happy St. Patrick's Day one and all in honor of which I have immersed myself in green paint and intend to remain this way for the day. 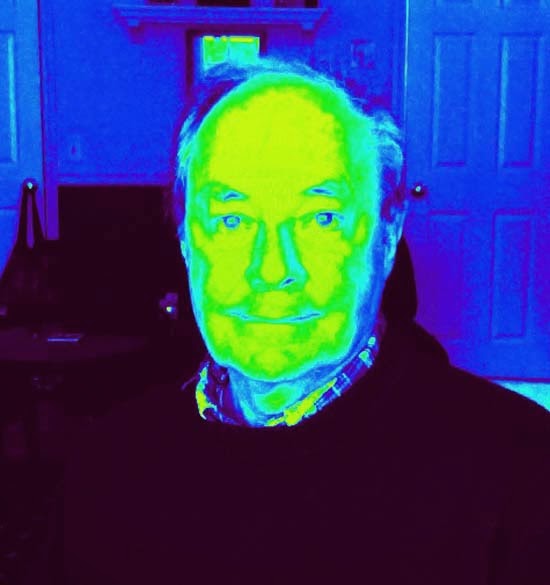 Here's a note I found in a bag I brought home from Brooke & Courtney's house. Brooke wrote the note because she's the one who I played in chess.  By the way, it was a stalemate but she nearly beat me. 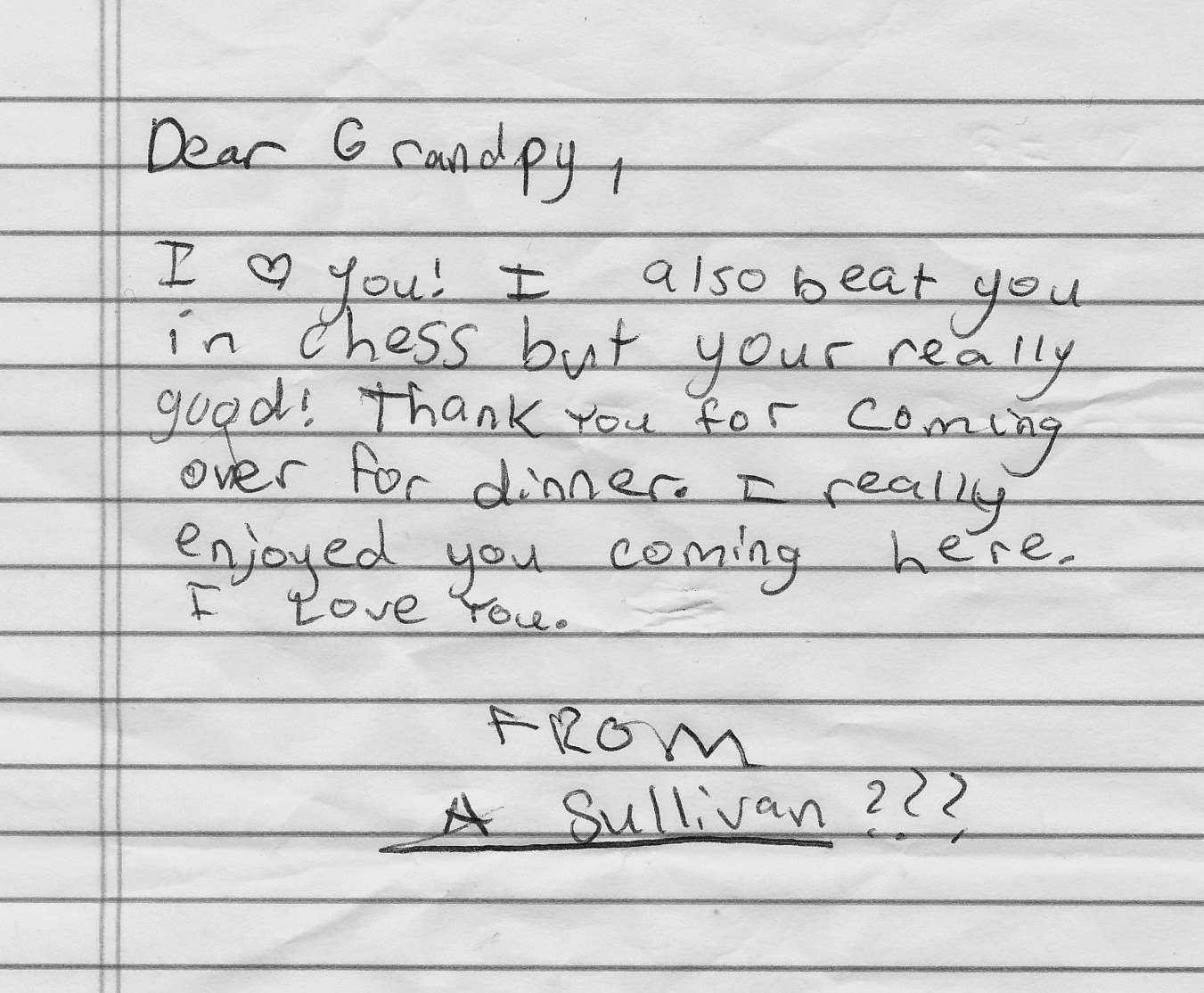 Posted by George Stockwell at 4:41 PM No comments:

The Today Show recently aired an interview with a journalist from New Yorker magazine.  The magazine just published an interview of their own with the father of Adam Lanza-the person responsible for the Sandy Hook tragedy (or was he responsible?).

The journalist speaks very kindly & forgiving of Adam's parents-especially his mother-who had what you could arguably describe as nothing less than an arsenal in her house.

The journalist points out that dozens of psychiatrists, psychologists and other mental health experts never picked up on Adam's psychosis so how could his parents?   But then the journalist goes on to explain how Mrs. Lanza had increasing concerns regarding her son's condition and took great pains to shelter and protect him.

I haven't read the interview in the magazine and I don't plan to but I'm not quite ready to exonerate Adam's parents to the extent that the New Yorker magazine has.  There is too much that could have-and should have-been done.


Posted by George Stockwell at 7:45 AM No comments:

What do they want?

Recent news reports show the president continuing to draw fire for not taking a strong enough stand against the Russian interference in Ukraine politics.

I have an idea.  Let's line these guys up, issue them M16s and send them over.  Let's see how long it takes them to back off their calls for more action.

They're idiots.  All of them.  One can only hope the nation comes to its senses in the next round of elections.

Thus endth my political rant for the day.

Posted by George Stockwell at 8:36 AM No comments: 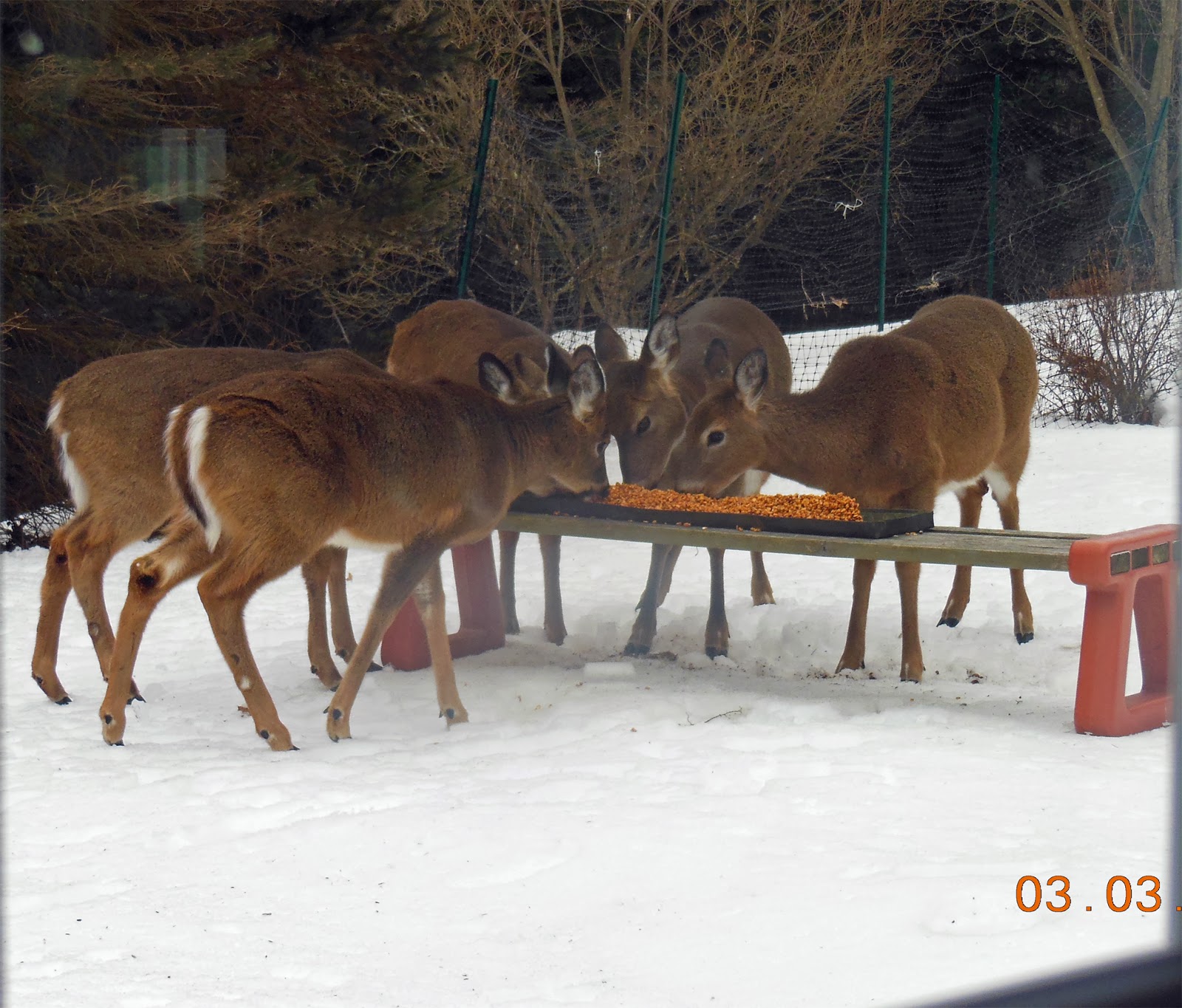 So here are my choices.  With all the snow cover, the deer are slowly eating all of my rhododendrons, azaleas and holly.  I can either sit and watch it all disappear or break down and buy deer food and get them through early spring.  Deer food is a fifty-pound bag of corn and molasses. It costs $10 a bag and one bag lasts 3 days so that's the route I've decided to go. 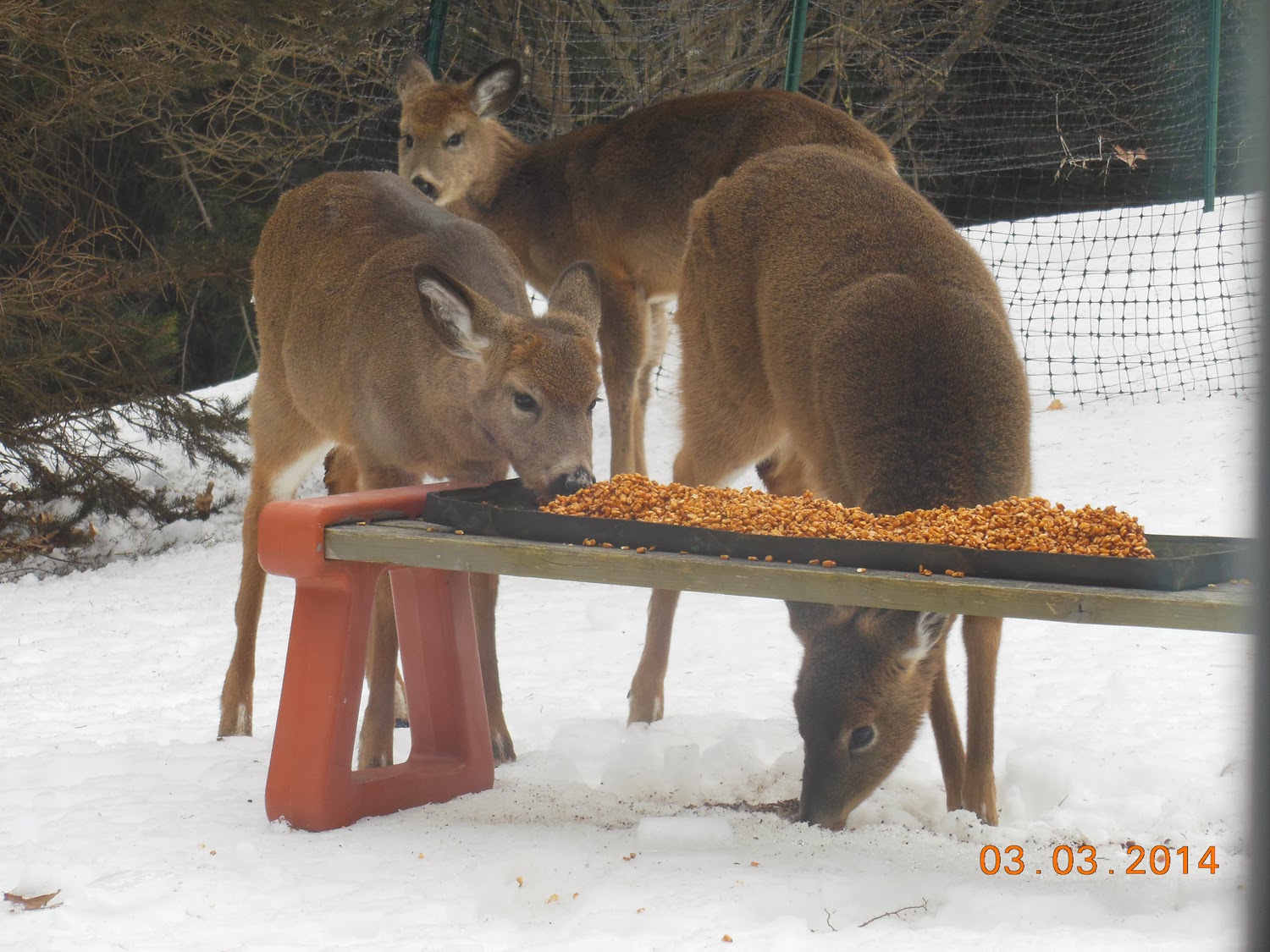 Posted by George Stockwell at 1:54 PM No comments:

It's March 1st and spring is in the air...well, not exactly since at the moment it's 10 degrees and there's a big storm coming tomorrow night but believe me, spring is coming...eventually.  It always does. So cheer up and start planning your garden.

To learn more about the month of March, click here georgeswebpage.com/almanac 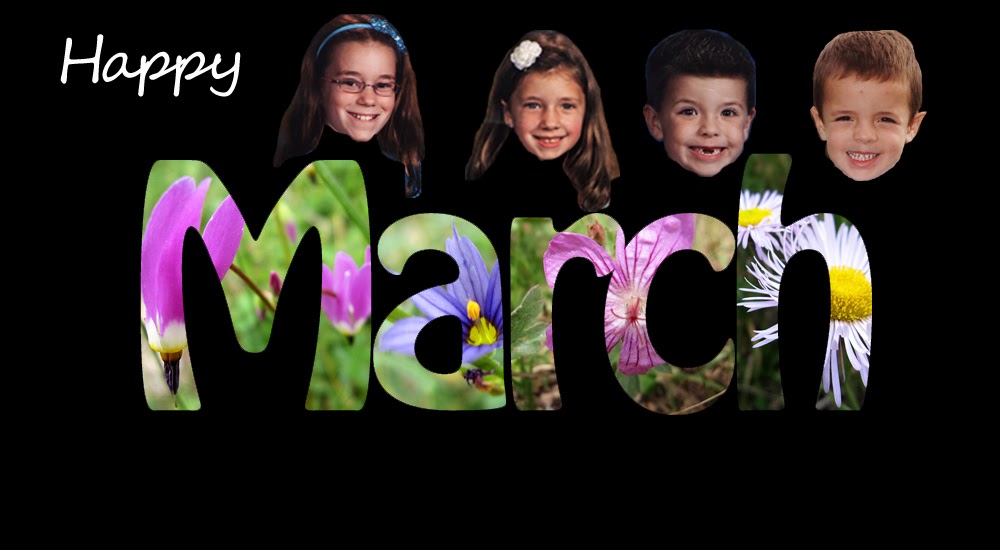