There's apparently no end to the number of thorns out there awaiting to poke you in the side as you make your way through the year.  Here for example are two:

Annoyance #1:   We went to the Verizon store to upgrade our iPhones and create a new plan because my wife and her business partner had to dissolve their old account.

Fine. No problem,  but in the course of the conversation it came to the customer service rep's attention that I had a separate plan for my iPad.  He suggested I bring it in the next day and merge my plan with my wife's new plan thereby saving about $10 a month.

So I returned the next day with my iPad and all the paper work.  The guy we originally spoke to was busy so someone else helped me.  I explained the whole thing to him.  He played on his computer for a while, then he reconfigured all the settings on my iPad.  He told me to be sure to call my credit card company and tell them not to charge me anymore for my original fee.

Fine. I called, explained everything and the guy said they already knew about it.  Great.

The very next day I found a charge on my credit card statement for the old plan!  Sooooo I called again, got a different person of course who barely spoke English and explained everything.  They're starting an investigation.  I got a case number and, well, we'll see. Stay tuned.

Annoyance #2:  I got a bill a little while ago from my local newspaper for an outrageous yearly subscription amount for 7 day a week delivery and the e-edition.

I called them to cancel the print paper and just go with the e-edition because their paper wasn't worth half what they wanted to charge.  The lady passed me on to their 'retention' representative and we negotiated a 50% cut in the yearly amount if I agreed to pay by credit card so I did.

Sure enough my statement reflected the old price.  I called again, explained everything yet again and got a credit.

I suppose in the overall scheme of things these annoyances don't amount to all that much but why should I have to resort to spending all this time making all these calls and explaining things over and over again to straighten out screw-ups?  The answer is I shouldn't.

Happy new year.
Posted by George Stockwell at 7:45 AM No comments:

Happy day after Christmas. To see new pictures and a nice collection of older ones, check out my website: georgeswebpage.com
Posted by George Stockwell at 8:28 AM No comments:

Merry Christmas one and all.  Although Christmas is obviously a uniquely Christian holiday, it's possible for all people of all religions to embrace some of the lessons of Christianity.  Love thy neighbor, the Golden Rule, Peace on Earth are sentiments that exist in all cultures.  So whoever you are, wherever you live,  here's wishing you a peaceful, happy life. 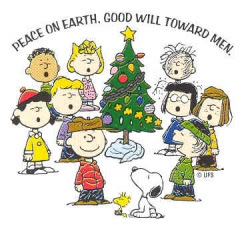 Posted by George Stockwell at 11:23 AM No comments:

The first significant snow storm of the season occurred Saturday resulting in a mailbox knocked off its post by snow plows and a cranky barely two-year-old snow blower.  Not a good start to the winter season.

The mailbox I fixed with bungee cords and the snow blower seems to be working fine-after the fact.  I managed to get the driveway done but it was slow going.  Something appears to be going on with the drive train.  The engine and auger itself which actually throws the snow were working fine.  I'll work on it some more to see if it needs to be brought in.

Let's hope this isn't an omen of things to come.

Posted by George Stockwell at 1:42 PM No comments: 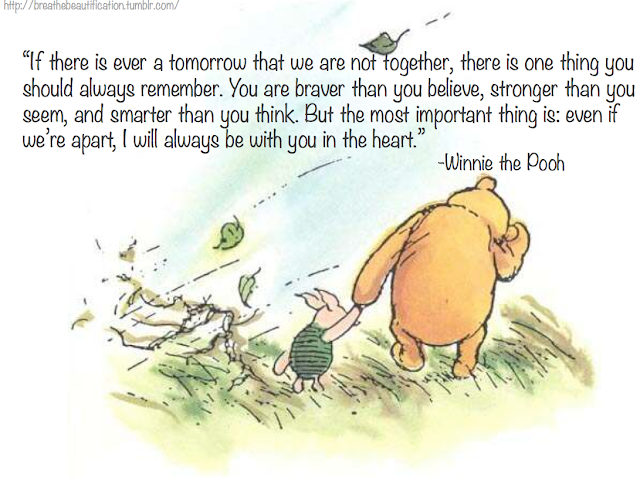 Posted by George Stockwell at 7:23 AM No comments:

Another monthly bill BUT...

Yesterday afternoon (Sunday) we finished most of our Christmas shopping for the grand children.  This morning I'll do more.

We're not doing this by bundling up against the cold, fighting traffic, jostling for parking places, maneuvering through crowds and standing in line.  We did it in the comfort of our family room, a nice fire going in the wood stove and me sitting in front of my computer.

That's right. Once again I find myself turning to the internet.  We went to several web sites for what we wanted but as usual I found myself buying most of our stuff from Amazon.  And it's not just at this time of year that I do this.  There are numerous other times when I've bought something off of Amazon.  In fact they just sent me a report telling me how much I spent in shipping charges over the course of this year.  I was amazed. The reason why they did that is because they're  trying to get me to join Amazon Prime.

Amazon Prime is a program where you pay a monthly fee in return for which you receive free two day shipping on everything you buy all year.  In addition they offer a video streaming service.

So after doing the math I discovered I save more money by belonging to Amazon Prime.  I haven't thoroughly researched it yet but I think it's $99 a year. Since my shipping charges for this past year have been in the $160 range I think it's worth a try.  Just for Christmas shopping alone I should save a bundle.

Stay tuned. I'll let you know how it turns out. Happy shopping!
Posted by George Stockwell at 7:55 AM No comments:

First education and now the environment.  It just gets better and better.

Posted by George Stockwell at 8:16 AM No comments:

Text of a message I just sent to Senator Chris Murphy, D-CT

Dear Senator Murphy,
As a grand parent of school-age children and a former educator of 32 years at Sandy Hook Elementary School in Newtown I wish to express my deep concern for President Elect Trump's recent appointment to Secretary of Education, Ms Betsy DeVos.  My research has convinced me that this individual is not only wholly unqualified to serve in this important post but also has the potential for disastrous consequences for public education in this country. I don't know if  you and your like-minded colleagues can do anything about this but I would like  you to know that there are many of your constituents who share my opinion in this matter.
Mr. Trump brags about 'draining the swamp' but this appointment puts him up to his neck in the political swamp.
Thank you for your attention.
Regards,
George Stockwell

Feel free to pass this along.
Posted by George Stockwell at 11:05 AM No comments:

There are several ways to predict the future of this country under the leadership of Donald Trump. One way is to simply listen to what he says. The problem here is that he's often contradictory in addition to which he's already backed off much of what he's promised.

But another important way to 'tell which way the wind is blowing' is to observe who he's appointing to various cabinet positions and posts.

Take for example his recent appointment as Secretary of Education.  The person's name is Betsy DeVos.  She is a billionaire from Chicago who has contributed heavily to Trump's campaign.

Let's review her qualifications and/or beliefs:

1. She has never attended a public school; her children do not attend public schools; and as far as anyone can tell she hasn't even been inside a public school-ever.
2. She believes strongly in school choice and charter schools over public schools.
3. She does not support public school teachers nor is she endorsed by the NEA.

And there you have it.  This individual has no problem watching a bedrock of our democracy simply disappear.  One of the most important things this nation has done besides medicare, social security and the GI Bill is offer free public school education.

What really puzzles me is the apparent lack of concern for this disaster-in-waiting.  The only people thus far who seem to be horrified by this choice are educators or former educators and a handful of parents.

I believe there are two possible explanations to this.  First, the media hasn't embraced it as an issue. It's not juicy enough for them.  Second, altogether too many people in this nation  have put education at the bottom of their priority list.  They don't even take the time to understand 'school choice' and the possible consequences of ignoring the public schools.

So why did Trump appoint her? Simple. Payback.  Welcome to the world of politics, Donald.  For a guy who kept talking about 'draining the swamp' you are now up to your neck in it.

For more on this, I refer you to the following blog: http://greenhauseducation.blogspot.com/2016/11/dear-president-elect-trump-i-am.html

Stay tuned for more.
Posted by George Stockwell at 10:46 AM No comments:

I've updated the class pictures of all four grand children.  Check them out georgeswebpage.com/classpictures
Posted by George Stockwell at 11:19 AM No comments:

Thanksgiving has come and gone and we now welcome December. As has become our custom, the entire family spent Thanksgiving week in Naples, FL. (That's why you haven't seen a post here for a while.) The weather was perfect and we had a great time.

Information about the month of December along with many new pictures of our recent trip to Naples can be viewed on georgeswebpage.com.  Just go to the navigation bar at the top of the page and click on the link you want.

December promises to be a bitter sweet month.  There's a lot to like about it but there's also the constant reminder of the tragedy at  Sandy Hook School.  As always, the key is to just keep going forward.

Before you know it, we'll be celebrating a new year! 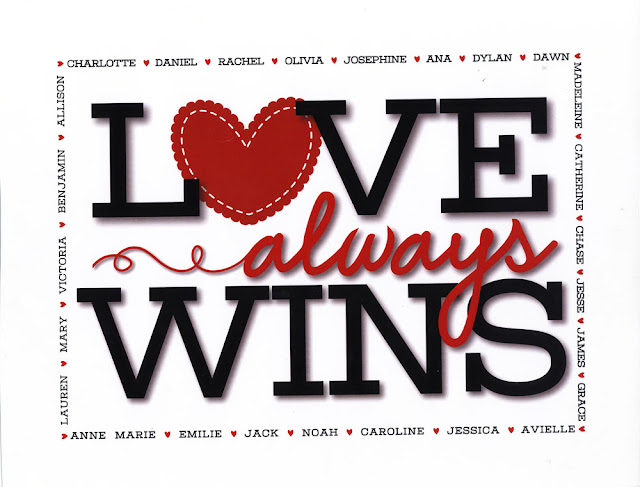