Do you know this woman? 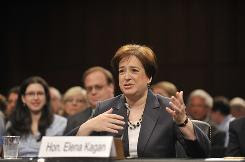 I know you probably don't know this woman personally but do you at least know her name? Take a good look at her. Still don't know, do you? That's OK. Not many people do.

Her name is Elena Kagan. She's President Obama's most recent Supreme Court nominee and she's undergoing Senate confirmation hearings as I write this (Do you know whose vacancy she's filling?).

I was reminded of this because there was an item in the paper today that reported on a recent Supreme Court decision that prevents cities and/or states from superceding the 2nd Amendment of the Constitution.

Do you know what the 2nd Amendment does? No? That's OK. You wouldn't be expected to unless you were a constitutional scholar--or a gun rights advocate--because that's what it does.

It's the 'right to bear arms' amendment.

I'm mentioning all of this not because I necessarily have an opinion one way or the other regarding gun ownership rights.

I mention it because it has been my view (as reported in previous blogs) that one of the President's most important and far-reaching actions is to appoint Supreme Court justices.

Don't feel bad if you don't. Recent polls reveal that there are very few people who can name more than a couple of them much less all 9. And this in spite of the fact that the Supreme Court is arguably the most powerful group of people in the country.

OK, we're done here. You can go back to doing what ever you were doing.
Posted by George Stockwell at 12:13 PM No comments: 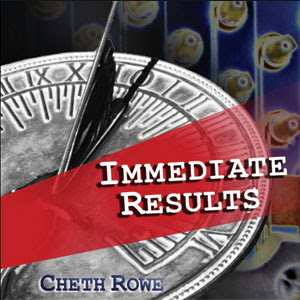 Items heard on the news recently:
-we're not making progress quickly enough in Afghanistan.
-Obama isn't getting the Gulf mess resolved quickly enough.
-We've been in this recession too long and while we are in fact coming out of it, it's taking too long.
-What's taking so long for us to become energy independent?

These are just a few but I'm sure you can see the pattern emerging. We are without question the most spoiled, immature nation in the world.

We're like kids who want--make that demand--immediate results no matter how big the problem.

And all of this on top of the issue of misplaced blame. What a bunch! No wonder no one in the rest of the world understands us.

Scroll down several posts and read what Pogo has to say about the whole thing.
Posted by George Stockwell at 7:26 AM No comments:

As anyone who reads this blog on a regular basis knows, I have a long list of obnoxious gas bags (which I affectionately call OGBs). Among others the list includes Rush Limbaugh, Glenn Beck, Dick Cheney, Karl Rove, Ann Coulter, Al Sharpten, Jesse Jackson, etc.

Now another name has emerged for inclusion on the list. It's Texas Republican Joe Barton who yesterday apologized to the Chairman of the Board of BP for the apparent 'shaking down' of his company.

This guy is a pathetic jerk. Few people realize that some time ago as chairman of the health oversight committee he promised parents of autistic children more federal funding.

When the bill was ready to leave committee for a full house vote, he scratched that part of it because he didn't see a need.

Since then he obviously has not been very well liked in special education circles.

So, congratulations, Joe. You made it into an exclusive group of people. Good luck to your opponent when you come up for reelection.
Posted by George Stockwell at 7:07 AM No comments:

By the end of the day today we will be the proud owners of a fully furnished, three bedroom condo in Naples, FL. It is in a gated community and has a community club house and two community pools. It's about 40 minutes from FT Myers Airport and 15 minutes to the nearest beach. It will be primarily a vacation home for friends and family so we have no plans to rent it. In fact our kids have already determined that we'll have Thanksgiving there this year. We're going there in July to buy a few things for it and get it closed up for the summer. Then we'll return in November. We're not sure of the other times that we'll be going there but we do know that this will be pretty much our only vacation spot from now on. The reason we did this is because Sandi has always wanted a warm place to go to from time to time. When she's retired we'll be able to spend more time there during our winters. Also, the kids and grand children love the area and there's plenty to do. I have absolutely no desire to live in Florida year-round. In fact I don't really want to spend an entire winter there. I like New England and I don't really mind winters--yet. But, who knows, that may change over the coming years as I get too old to handle a 250 foot long inclined driveway during snow storms. For now it's a place where all or some of us can go to for a little sunshine and salt water. Plus, after going to a friend's condo in the same area for the last four years and looking around each time, it's my opinion and that of others that the market in that particular region of Florida has definitely bottomed out and it is now rebounding. So, if nothing else, this should turn out to be a good investment. Here is a link to my website with some pictures: http://georgeswebpage.com/condopics
Posted by George Stockwell at 7:25 AM No comments:

This morning on the Today Show, Matt Lauer was challenging President Obama on his calm demeanor. He suggested that perhaps it would be appropriate for the president to show a bit more emotion than he has been over this Gulf mess.

I find myself agreeing strongly with a friend of mine who wrote in his blog on my website (http://georgeswebpage.com/kensblog) what I consider to be a point worth repeating: We do not want a president who's going to rant and rave when confronted with a problem of this magnitude. We want someone who is going to calmly evaluate the situation and take appropriate action. The only reason Matt Lauer wants more emotion is because it makes for good television.

The president was too polite to tell Lauer to take a hike but I don't have a problem with it. Take a hike, Matt. Improve your ratings some other way.
Posted by George Stockwell at 5:15 PM No comments:

Just What I Need. Another Thorn in My Side 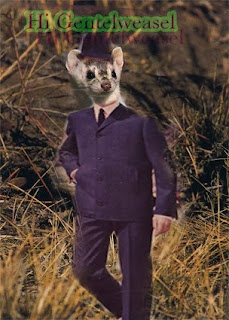 You know who's starting to annoy me a lot? That weaselly little governor of Louisiana, Bobby Jindal.

First of all why do some men insist on calling themselves by a childhood nickname? Bobby...it's so juvenile. He should go by 'Bob'. It's much more distinguished.

Second, this pompous little wannabee runs around the coast of Louisiana whining about how the Obama administration has blown its responsibility in handling this BP disaster as though Obama had the tools readily at hand to solve the problem.

All this from a little jerk who not so long ago made a name for himself by insisting the Federal government stay out of his state. He doesn't need their help. My, how his tune has changed!

What it all boils down to is this. He's started his run for the 2012 GOP nomination. He's simply making hay while the sun shines-or in this case-while the oil flows.

Go away, BobbEEEEEEE. I'm sick of listening and seeing you.
Posted by George Stockwell at 8:46 AM No comments: