It's About The Candidate-Not the Party 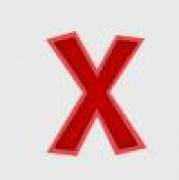 Here we are, three days after election day and the airwaves and printing presses are still abuzz about the so-called Republican sweep. In some cases as in Newtown and other Connecticut communities there was indeed a Republican sweep. There was also a couple of cases where Republican governors unseated a sitting democrat. All of this is true but where it starts to go awry is the analysis of election day results and the conclusions drawn by a number of newspapers and cable news stations. To suggest that this happened because of wide-spread dissatisfaction with the Obama administration is ridiculous. Can you imagine someone electing a Republican First Selectman in a small town for that reason? Please! I am convinced that where it comes to local and by-and-large state elections, the voters consider the candidate, not his or her party. Granted, in national elections the political party probably plays a more prominent role. So stop gloating, jerks. It's not about your party. It's about the candidate.
Posted by George Stockwell at 7:34 AM

Agreed! In fact, my ballot looked like it had a case of freckles. I was all over the place. For the most part, I knew I'd never be totally satisfied with any of the outcomes...but there is one group of good ole boys there, that I sure would like to see change. Wonder if you can guess?

Oops, that was me, Blondie! Signed in with Tom's blog...for some reason. Was just thinking, though...perhaps Mr. or Mrs. Stockwell might like to take over one of those positions!