Pity the Republican Party (or not) 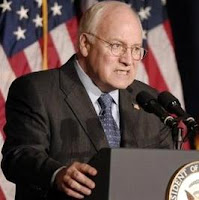 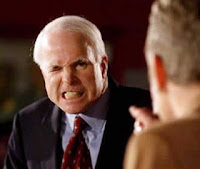 The three pictures on this page say it all. They epitomize the current state of affairs in the Republican Party. I mean, look at them. Their anger jumps off the page at you. What can you say about a political party that embraces the likes of Rush Limbaugh!? Pathetic, that's what. But now, waiting in the wings, are a number of young, intelligent, and, interestingly, white men looking to reshape the image of the GOP. Take for example Bobby Jindal, recently the subject of a 60 Minutes piece. There's no question he's an improvement. He's young, a good speaker, looks OK, very religious and he can effectively articulate the principals of the conservative philosophy. But there's (at least) one big problem with him. Did you see him give the GOP response to Obama's recent speech. He was as stiff as a board. He, like all of his conservative/republican colleagues, has absolutely no sense of humor. They are the most boring group of people on earth. Now, Sarah Palin. That's another story. She was anything but boring. Unfortunately, she's a total airhead and the party knows it so that won't do, will it? Having a sense of humor might seem like a minor point but I think it's important. There's something suspect about people who can't laugh at, first, themselves and, second, at the world around them during trying times. Obama has one. Biden has one. Clinton as perverted as he is has one. The Dems know how to laugh it up. Yeah, yeah, they spend too much money but, hell, it's only money. You can't count Bush's stupid grin after everything he says because that's more like comparing him to a baby who has gas-not a sense of humor. So my advice to the Republican Party is lighten up. If you want to widen your appeal to the American people (who happen to be quite conservative), kick back a little. Believe me, you'll feel better and even become more likable. Those, by the way, are good things.
Posted by George Stockwell at 7:39 PM

Amen, brother! Robots...they're all robots! Did you see Rush in that recent rally stance? OMG! What are they doing? (He needs to cut back on his cheeseburger consumption!) That's why all the name-calling! They're stymied! They have nothing to laugh about. We have the audacity to HOPE, while they have no hope. And W...well God, what a mess there. He has to get his shoulders shakin' to shake out a laugh. Check out Maureen Dowd's column from today. Very funny.

I love Maureen Dowd and Gail Collins. Anna Quindlen who writes for Newsweek is good too. They're so perceptive and they inject humor in their pieces. Great writers.