Happy  Halloween, one of a kid's favorite days.  When I think back to my days as a kid on Halloween I realize how different the times are.  Of course this is true of most things but even more so for Halloween.

Here's how a Halloween night shaped up for me.  Go to school as usual where the day proceeded normally.  Never a Halloween party.  Get home from school and hang out for a while until dinner.  After dinner I would get an old cork from our collection, blacken the end of it with a match and smear charcoal all over my face.  Then I would get my old hat, old clothes from somewhere and dress up as a hobo.  Finally I got a stick from the woods and tied a kerchief to the end of it which was filled with a bunch of rags.  Then off I'd go.  I walked to the dozen or so houses within walking distance, collected candy and came home.  Thus endth my Halloween for another year.

As a side note let me point out that the reason I blackened my face was to make it look dirty like I hadn't washed in a long time as you might expect from a hobo. I recently read some posts on Facebook suggestion that people who did that were racists.  How ridiculous!

Halloween today as you all know is very, very different.  First kids buy their costumes.  In fact it's a huge industry.  Then they get driven to a neighborhood where hundreds of other kids have a assembled and besiege the poor home owners after which they are driven home.

One thing though has not changed and never will. Kids still shout "TRICK OR TREAT"!
Posted by George Stockwell at 7:46 AM No comments:

As you may or may not already know, I often use this space to post pet peeves or general gripes.  Not much good ever comes from it but for some reason it makes me feel a little better.  I imagine it's probably something like going to therapist.  It always helps to vent.

Anyway, the issue today is "Made in China".  Recently I started using a number of science kits that I had bought some time ago for my grand children.  I recently had occasion to open a couple of them to use with my grand son.  I  was very disappointed to find items assembled incorrectly or just plain missing.  The general quality of the kits was dreadful.

As I often do in situations like this, I sent a message to the company who made the kits.  I was surprised to receive a reply from the individual whose name is on the kits.  She said she stands by the quality of them and that I may have received a refurbished kit.  They weren't. They were brand new.

These particular science kits are just a few of the many items I've purchased over the years that have the Made in China label that come up short.  It reminds me of the days when Made in Japan had a similar reputation.

So what can be done?  Not much, unfortunately. It's impossible to find items like this-especially toys-that aren't made in China.  All one can do is exercise due diligence.  Look at what you're buying and if it's junk, simply don't buy it.

I would gladly pay a little more for quality.  I have to believe there are many others who feel the same way.  One can only hope new sources pop up. We'll see.

Posted by George Stockwell at 10:47 AM No comments:

We just took a walk around the neighborhood.  It has been 6 weeks since Irma made her presence known and there is still a great deal to do.  There is extensive roof and soffit damage on many of the buildings including,  and unbeknownst to me,  ours.  Our unit in particular has escaped damage but other parts have not.  I'm going around to take pictures and document what's being done-or not. It's going to take a while to return to normal.

Posted by George Stockwell at 9:57 AM No comments:

The situation in Florida

Well, here we are at our condo in FL.  Our primary purpose for being here at this less than ideal time is to arrange for a home watch person and to assess the extent of the damage from hurricane Irma.

We're still working on the home watch situation but the damage here is fortunately minimal.  A couple of window screens and our back lanai ceiling fan were destroyed but thankfully no water damage.

Others did not fair as well.  There are buildings around us that have extensive areas missing roof tiles.  Also our upstairs neighbors received a lot of water damage but it didn't affect us.

All in all we dodged a bullet. Until next time!
Posted by George Stockwell at 7:55 AM No comments:

How many 'ologists' have you been to?

Everyone knows that as you get older there's a good chance you're going to become much more knowledgeable about the medical community.  For example besides my primary care doc, I have had for one reason or another been to a rather impressive list of 'ologists' and a few who aren't ologists.

I see two besides my primary care doc on a regular basis (besides my dentist and eye doctor): my nephrologist and urologist.

Here are some more I've seen for various reasons or concerns:
gastroenterologist
neurologist
cardiologist
pulminologist
opthamalogist
dermatologist
...
And an orthopedist

Most of these are routine like eye exams, colonoscopy, endoscopy, etc.  Some are more than routine to the extent they involved surgery.

At any rate it's my hope I don't get to meet anymore.

Here's hoping your list isn't as long.
Posted by George Stockwell at 11:22 AM No comments:

Some questions regarding the tragedy in Las Vegas:
1. How did he get his hands on an automatic weapon? Who sold it to him?
2. Who knew he had so many firearms in his house?
3. Why did he do it? Were there any signs of mental instability?
4. Are the "thoughts and prayers" from politicians enough or have they become a sick joke?
5. What is it going to take?

The top three reasons stated for owning a firearm are as follows:
48%=protection
32%=hunting
17%=shooting sports (target, trap, skeet, etc)
The other 3%? Collectors, just because they can and lunatics-not necessarily in that order and some people may cover all three categories.


Posted by George Stockwell at 8:51 AM No comments:

Happy October, one of the nicest months of the year. To read more about October, click here georgeswebpage.com/almanac 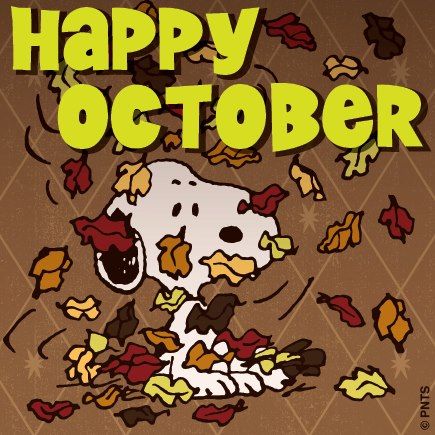 Posted by George Stockwell at 7:28 AM No comments: