On our way to Naples, FL until Dec. 5th.  Future posts from there.
Posted by George Stockwell at 6:56 AM No comments:

Fifty years ago-What were you doing?

Exactly 50 years ago-I had just returned from lunch and I was sitting at my desk in the credit department of the Bridgeport Brass Company.  Arlene, the department secretary, came running into our offices, tears streaming down her face.  She was so hysterical she couldn't talk.  Just then the department manager, Jack, came in and gathered the whole department around him (about 8 people).  He then told us  what had happened.  The entire company was closed down for the rest of the day.  I went home and watched events unfold on TV.

That's where I was and what I was doing the day John F. Kennedy was assassinated.
Posted by George Stockwell at 6:55 AM No comments:

Just because you can doesn't mean you should.

Did you hear about the Brookfield Board of Education member-elect who commented on Facebook that his 26 acts of kindness would be to purchase for his gun-enthusiast friends a box of ammunition every day.

There was understandably a loud chorus of outrage and calls for his resignation.  But there were also a few who defended his right to freedom of speech and noted that there should be a distinction between ones private and public life.

The problem is that having a 'right' doesn't mean it IS right.  That's the problem.  That man's remark was so wrong on so many levels it defies logic that anyone would step up in his support.

Calls for his resignation are right on the mark.  Anyone who would display such a lack of judgement has absolutely no business making decisions that could affect children.

He's got to go.  Period.  Then, once he's gone he can slink back into his hole and say whatever he wants.
Posted by George Stockwell at 6:59 AM No comments:

Tales of a Fourth Grand Substitute

My fourth grade granddaughter would be proud of me!  I made it through a day of subbing relatively unscathed.  With the exception of some volunteer work in my grandson's kindergarten class, it's been over a year since I've been in a classroom.  Yesterday I subbed in a 4th grade class.  It's ironic that I would be there because it was exactly 40 years ago that I began my teaching career as a 4th grade teacher.

There are still plenty of books of other kinds around but more and more students have personal eReaders they use during idle moments.

One thing has not changed much at all-the kids.  They're still the same.  They still play the same games at recess like football, soccer, playing on the equipment and tag.  They're also still vulnerable to fads like the one many of the girls have discovered:  weaving bracelets on a little loom-type contraption.  Even my grand daughter has discovered this one having made bracelets for the folks I visit at Masonicare.

I have another subbing date coming up in December and another in February.  I would have more were it not for a couple of trips to Florida scattered over the next few months.

Substitute teaching is not for everyone but it suits me-especially to be doing it where I started and where one grandson goes and the other next year.  So I guess I'll stay with it until they decide I'm too old.
Posted by George Stockwell at 7:22 AM No comments:

This morning I along with several other veterans will attend a breakfast at Sandy Hook School to celebrate Veterans Day.  My 6-year-old grandson Cole will be with me. I'm looking forward to a very nice morning.

Find a moment at some point today to quietly acknowledge the sacrifice our veterans  made in the service of our country. 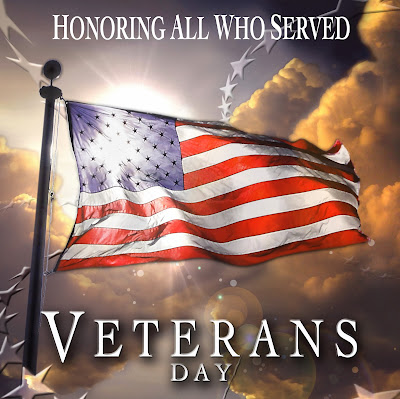 Posted by George Stockwell at 3:19 PM No comments:

Election Day is over and I have to say it was a bit of a let down.

The Newtown Charter has this weird requirement that there be a certain number of republicans and democrats in various departments and positions.  Consequently it is entirely possible and even likely that many people while on the ballot do not have opponents.

Thus was the case in yesterdays election.

Where local politics is concerned, I don't think the political party of the candidate is important.  Normally in state and national elections I vote pretty much all democrat but such is not the case in local elections.  I've voted for plenty of republicans and I can think of several democrats on various boards and in various positions who I'd like to see out.

The charter should be changed.  Anyone who gathers a certain number of signatures on a petition should earn a spot on the ballot-no matter how many that ends up being.

I wrote a Patch column about this  some time ago and I was surprised at the number of people whose comments support this idea.  But nothing was done because to make a change of that nature would rob organized political parties of their power.  Ah, politics!
Posted by George Stockwell at 7:02 AM No comments:

November 1st already.  The clocks go back this weekend and winter slowly settles in.  To learn more about the month of November, click here http:georgeswebpage.com/almanac

November should be somewhat more relaxed and will culminate with our traditional Thanksgiving trip to Naples, FL.

In the meantime the leaves continue to fall and I have more wood to cut and split.

There's always something.
Posted by George Stockwell at 10:25 AM No comments: