Where has the time gone? I've been retired exactly seven years and it seems like just yesterday.

One thing that has kept me sort of in the game is that I continue to sub from time to time. Plus I follow and write about various local educational issues in town.

But aside from that, I've been so busy with other things that I haven't really looked back with regret. In fact there are times when I wonder how I had time to work!

So off we go, into another summer.

Now, if you'll excuse me, I have to baby sit for Cole & Nicholas, then workout, then water the garden, then vacuum the pool, then....See what I mean?
Posted by George Stockwell at 7:41 AM No comments: 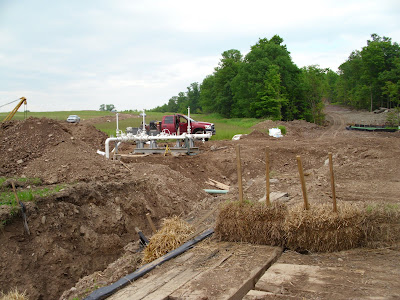 This past weekend my wife and I visited some friends in a small farm town in northeastern Pennsylvania.

To me, the region has a great deal going for it. It consists of thousands of acres of beautiful woods and fields and friendly people.

Of course like any very remote region there are some drawbacks. It takes a while to get to stores and restaurants and forget about cell service or cable. But there is at least satellite service for Internet and television.

But what's really interesting is what you can't see. It's about a mile below the surface of the earth and large energy companies across the country are VERY interested in what's there.

Methane, AKA natural gas. An efficient, clean source of energy which just so happens to exist in great quantities far below the surface in this part of the country. But because drilling and extraction techniques have improved so much, it is now accessible.

Why is this particularly important? Well, if you, like our friends, live on a big piece of property that is in the pathway of one of the many natural gas wells and pipelines that are going in, you will very likely be contacted by one of the aforementioned gas companies who will be looking to negotiate a mineral lease.

The bad news--maybe--is that one of the techniques used in the drilling operation is called 'fracing'. This consists of pumping vast quantities of water into the well to release the methane.

There are some who insist this process is contaminating residential wells. There are others who say the methane in this part of the country was always in the well water but it's only now that people are noticing it. It's no worse than it's ever been, they say.

So the jury is still out.

One thing's for sure. As we slowly run out of oil and search for new supplies of energy--coal, oil and natural gas--there are going to be consequences. Some may be inconsequential--but others may not.

One other thing. The gas companies are throwing around a LOT of money betting that it will pay off.

It always seems to come down to that, doesn't it? Money.
Posted by George Stockwell at 7:50 AM No comments:

Happy Father's Day to all those great fathers out there.

I have been a father for almost 38 years and a grand father for over 7 years.

Do I have any sage advice for those just starting out on this long, important road? Well, I'm not one to give free advice. Very often it turns out to be worth exactly what you pay for it.

But, having said that, I guess one important thing I can think of for fathers is to be there for your kids, through thick and thin, good days and bad days. Just be there.

And remember...strength and kindness are not mutually exclusive.
Posted by George Stockwell at 7:23 AM No comments:

Another great time with grandchildren 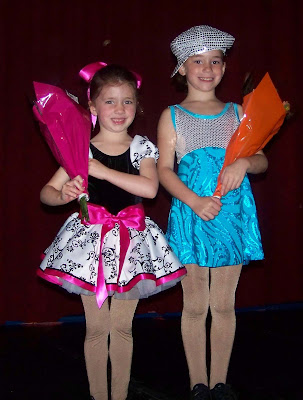 As I've noted in this space on many occasions, attending the various events involving our grandchildren is very important--and enjoyable--to us.

Pictured here is the latest of such events--Brooke & Courtney's dance recital.

See a video of it here: http://georgeswebpage.com/photogallery
Posted by George Stockwell at 9:33 AM 2 comments:

Here it is-summer of 2011--with the next presidential election over a year away it has started already.

Romney & Pawlenty in. The Gingrich campaign implodes (good bye and good riddance), thousands of Palin emails set to be released.

It's going to be a loooooonnnng summer!
Posted by George Stockwell at 7:22 AM 1 comment:

A "Special" test for Sarah 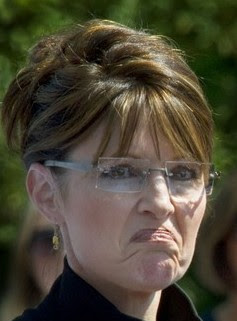 Poor Sarah. First Katie Couric blindsides her with that question about the Supreme Court and then just recently in Boston a mean-spirited reporter asked her a question about Paul Revere.

Her answer was so convoluted that it ended up sounding like Paul Revere was actually warning the British!

But, hey, that aside, it just doesn't seem right. The poor woman can't get a break. The press is always gunning for her.

So in the interest of fair play and all that, I have taken the liberty of composing a 10 question history test just for Sarah that I think the press should stick to.

Come on. What's fair is fair! Here it is:

2. Where did the Battle of Gettysburg take place?

3. There are three branches of government-the executive, the legislative and… What is the third? HINT: They work in the Supreme Court Building

4. Who was the losing general in Custer’s Last Stand?

5. In the Civil War who was the general leading the ill-fated Pickett’s Charge?

6. In what country was the American Civil War fought?

7. Washington D.C. was named after a president. Which one?

8. Which “Day” was the the Normandy Invasion of WW II nicknamed (multiple choice-pick one): A, B, C, D, Tuesday?

9. The preamble of the constitution begins “We the people”. Who are the “people” it is referring to?

Today was a cool, windy day. I was baby sitting for the boys--ages three and a half and two. It was a little chilly out and I had a truck load of stuff to bring to the dump so I loaded up the garbage, and the boys, and off we went.
When I got to the dump, I lowered the back windows of the truck so the boys could see me and know that even though I'm not actually in the truck, I was there and they weren't alone.
Sometimes when small kids think they're alone, they get frightened.
Well, sure enough. When I got out of the truck and walked to the back to unload, Cole started crying. He couldn't see me. He thought with all the commotion around us, I was getting hurt so he was upset.
I went to his side of the window and comforted him and then continued with what I was doing.
After that it was OK, but it got me to thinking how little things can bother kids--and some adults.
Many people are very strong, having endured a great deal, but then there are those who are very fragile. That's just the way it is. So I think the strong need to be there for the fragile. Then, in time, they'll get stronger and more secure.
That's life.
Posted by George Stockwell at 8:59 PM No comments: