The arbor and garden fence are done. Now we can plant more in the spring without worrying about our 'deer' friends.

My website has been updated. Be sure to check it out. georgeswebpage.com 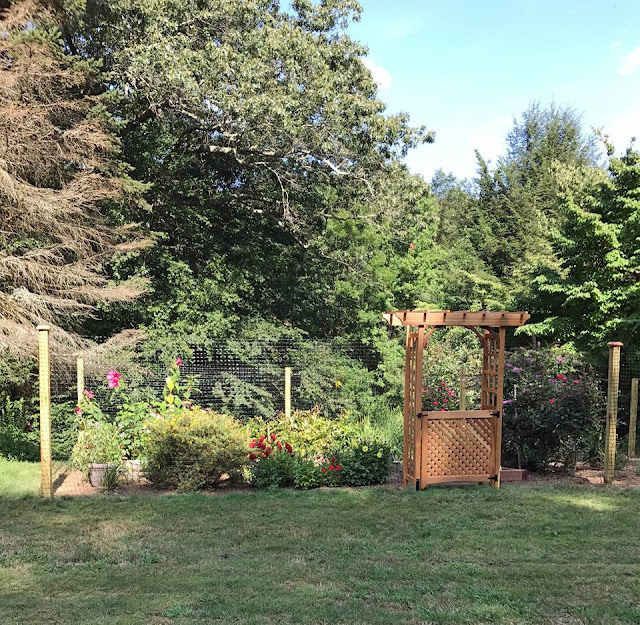 Posted by George Stockwell at 4:24 PM No comments:

Two Things (No politics. I promise)

1. More acorns than  usual? and earlier?  What does it mean?  I heard on some talk show recently that you're supposed to be able to predict the severity of the coming winter by how soon oaks drop their acorns and the quantity of them as well. Actually, that isn't true. It has more to do with what the weather was-not will be.

Growth patterns and behaviors of all plant life is highly dependent on the preceding few months.  It has nothing to do with what's down the road.  In fact there's very little about nature that could be a predictor.  For example certain animal activity, the amount of black on woolly bear caterpillars or even the emergence of leaf colors are all due to other factors.  Plants and animals can't sense what kind of winter we're going to have.  Ocean temperatures and air current patterns are far more reliable.

2. I just finished putting together a garden arbor for the flower garden we're currently redesigning.
It will be surrounded by deer fencing, stained 4X4 posts with cedar post caps and the arbor.  Should look pretty good.  When it's done, I'll post pics on my web site.

In the meantime here are two pictures. One is my driveway with the acorns and the other is the arbor. 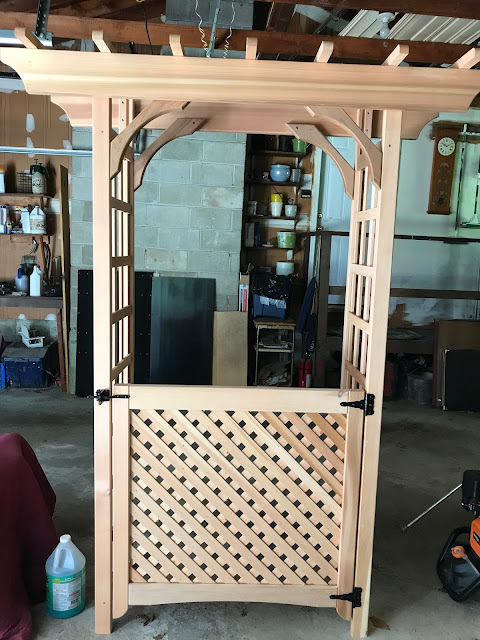 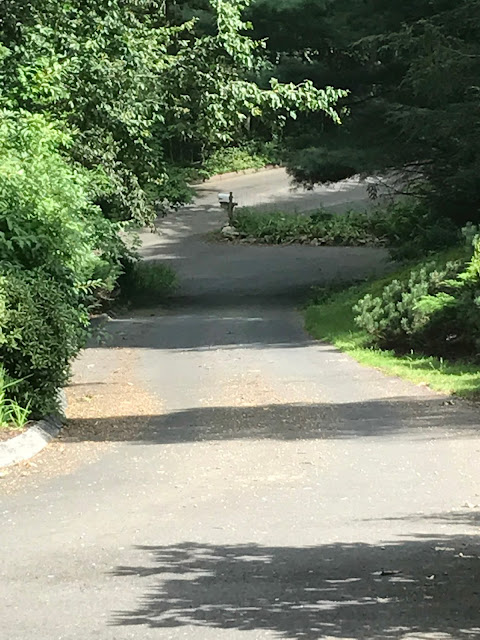 Posted by George Stockwell at 4:45 PM No comments:

Disclaimer: This is a political post. If you're sick of reading about the current mess we're in, move on. Otherwise, read on.

Donald Trump is a totally disgusting human being and by calling him 'human'  I'm giving him the benefit of the doubt.  Does that sound a bit harsh? Perhaps a little over the top? Well, I'm sorry. That's as gentle as I can be.

Consider: Prior to January 20, 2017 the United States had been led for 8 years by a man who, in spite of unbelievable resistance from his opponents, was a man of class, dignity and integrity.  Fast forward to this minute and what we have is a bully, bigot, racist, misogynist and xenophobe.

The United States used to be a country admired by the world. It was more than an economic power house. It was a sanctuary for the persecuted. A place for anyone who wanted to make of their lives what the chose.

Today we are a laughing stock.  The world is as disgusted with our leader as most of us. All we can do is hope Paul Ryan, Speaker of the House, and the rest of Congress grow a backbone and find cause for impeachment.  Of course then we're left with religious maniac Pence but it's still better.

OK, that's all for today.  No more politics for a while anyway.
Posted by George Stockwell at 7:04 AM No comments:

Recent events in Charlottesville, VA have exposed the ugliest side of American culture. Hatred, racism and violence spilled over when a group of white supremacists blew into town to protest the removal of a statue of Robert E. Lee.  As we all know by now one thing led to another with a 20-year-old boy from Ohio plowing into a crowd of people killing one.

Where you stand on Robert E. Lee's statue is totally irrelevant.  What is relevant is that a group of ignorant zealots chose that as an issue to further their cause of racism and hatred.

As this was happening the country was looking to its leaders for comfort and guidance. What they got from our glorious leader was a few platitudes and no condemnation whatever of the people who instigated this hate filled act.   But why am I not surprised?  Donald Trump didn't condemn the act because he's one of them. What did you expect when you voted for him? If you doubt this at all go back and listen to the remarks of one of the most well-known racists of modern times-David Duke.

And if you think all this started with Trump,  think again.  President Obama spent 8 long years at odds with a republican congress who vowed to thwart his every move.  Yet look what he accomplished in spite of it.  Economic times are better, aren't they?  Do you seriously think it's because of the current joke currently serving as president?

So here we are. Back to square one.  Right?

Well, I don't think so.  Here's why.  Yesterday my grandson played in a series of preseason football games against teams from Bridgeport, Norwalk and New Britain.  The teams they played against are heavily populated by players of color.  Their families were there as well cheering them on as were the families of the Newtown players.

The coaches reflected the makeup of the teams they coached. They played very tough football but the Newtown boys represented themselves very well and they learned a lot.  So did I.

I saw coaches who helped their counterparts on opposing teams. I saw coaches congratulate or assist injured players from other teams. I saw parents from both sides talking and laughing with each other just enjoying watching their children and grand children playing a sport.  I saw acts of kindness and consideration where ever I looked.  In other words I saw people being normal, good people.  I saw in all of those folks what we should have seen from those pigs in Charlottesville and what we should have heard from our president.

Nationally, it was a bad day for sure.  But locally I saw hope.
Posted by George Stockwell at 3:31 PM No comments:

Check out my web site for updated pictures of grand kids, grand dogs, and many nature and yard shots.
georgeswebpage.com
Posted by George Stockwell at 9:42 AM No comments:

Have you ever tried contacting customer support for any number of things you do online?  Sometimes it's easy but other times it's very nearly impossible.

I've been a member of Amazon Prime for several months now.  It costs about $10 a month.   Amazon Prime members  get free two day shipping on most items and there's supposed to be free video streaming for most programs. This part of it has turned into a huge disappointment.  In fact it's a complete ripoff.  Every movie worth watching is an extra cost.  On top of that a TV series I used to get through Amazon is now only available through Acorn for another $4.95 a month.  Ridiculous.

So now the customer support part.  I've been trying to find a way to leave feedback similar to this post but they don't make it easy.  Of the hundreds of links on the Amazon.com website, there isn't one single way to leave general feedback.  Hmmm. I wonder if this is intentional.  Duh!

I'll keep trying and report back my findings. In the meantime if there's anyone out there who has the solution to this please message me. Thanks.
george.stockwell@gmail.com


Posted by George Stockwell at 9:05 AM No comments:

Happy birthday to our son Peter Stockwell. Hope he has a great day. 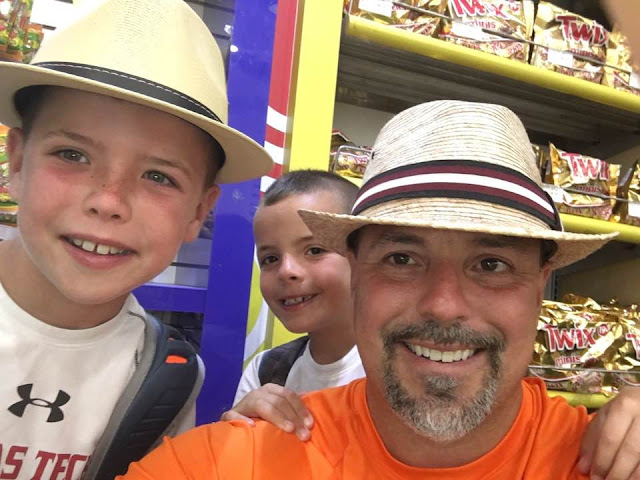 Posted by George Stockwell at 11:24 AM No comments:

Out goes the bad. In comes worse?

So Scaramucci is out and Ret. Marine Corps General Kelly is in.  And the parade and madness goes on. How long do you think it will be before Kelly gets fed up with his boss's lunacy and leaves? Let's have a pool. I'll give him about a month.

In the meantime the White House entrance has been remodeled. See below. 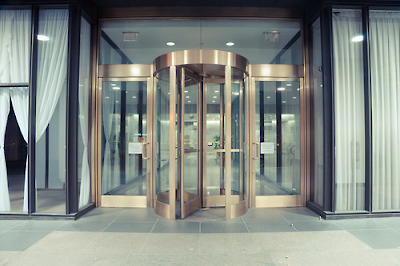 Posted by George Stockwell at 9:15 AM No comments: