A sure way to make the elderly happy

My grand daughter went with me for the second time to the assisted living facility where I volunteer.

One sure way to cheer up people who are often very despondent is to let them interact with children--especially children like my little grand daughter (nearly 8) whose personality is extraordinary.

She made a lot of people very happy that day.
Posted by George Stockwell at 3:00 PM No comments:

Christmas 2011 is over. A great time was had by everyone--especially of course for children.

All four of our grand children are at the ages when Christmas morning is great fun.

The whole experience was marred however by an injury to my son-in-law's shoulder. He was playing touch football Saturday and as he was diving to catch a pass, he fell on his shoulder, tearing up ligaments and possibly causing other damage. He'll find out more Tuesday but in the mean time he is in a lot of pain and very uncomfortable.

Now it's on to a new year. More on that later.
Posted by George Stockwell at 7:41 AM No comments:

The Elf is watching! 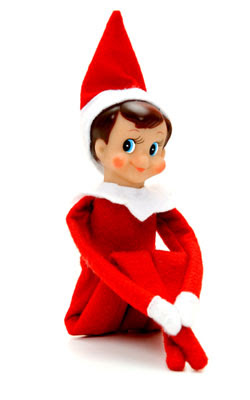 Of my four grand children two are solid believers in Santa, one is too young to really have an opinion one way or another and the oldest is developing doubts but still hanging in there. By next year, she will have grown out of it.

There are definite benefits to having children who still believe.

For example take the Elf on the Shelf strategy which my son and daughter-in-law have adopted.

They have a little model of the elf you see here and every day my daughter-in-law changes its location.

Their two boys firmly believe they're being watched and that he reports to Santa every night.

Yesterday, the older of the two boys-age 4-was upset about something, tossed a toy car across the room and slapped my leg. His frustration was then compounded by the fact that he realized the elf was watching so he thought Santa was going to get a bad report.

I calmed him down and explained that the elf always took into consideration the fact that if kids did something wrong but they were sorry for it and made up for it in some way, then it would be OK.

That seemed to do the trick.

The good news is by the time he no longer believes in the elf-on-the-shelf, his "internal" elf will have taken over.

Merry Christmas--and be good. You-know-who is watching!
Posted by George Stockwell at 8:15 AM No comments:

I recently saw a video clip of John McCain who was speaking about the end of the war in Iraq.
He was bemoaning the fact that we were pulling out too soon and complaining that this was the wrong thing for the US to be doing.
I just don't understand. Here's a guy who's been through a horrible ordeal as a prisoner of war in North Viet Nam and he's lamenting the END of a war.
Someone needs to explain this to me. This guy was very nearly our president. Thank God the voters chose wisely.
McCain needs to retire. Go back to Arizona, relax and quietly fade away. He's lost it.
Posted by George Stockwell at 8:38 PM No comments:

NTSB recommends full ban on use of cell phones while driving 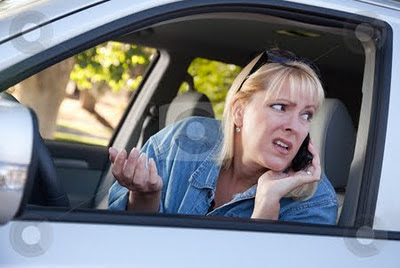 The National Traffic Safety Board has come out with a recommendation that the use of hand-held cell phones while driving be made a federal offense.

I think that's a great idea. Connecticut already has the ban but it is widely ignored--to the peril of other motorists.

If the state or federal government is really interested in safety and law enforcement then the stakes must be raised.

Instead of fining people a hundred bucks for using cell phones for calls or texting, make the fines in the thousands. If you were to do that you'd see people responding more.
Posted by George Stockwell at 4:44 PM No comments:

More on the death penalty

Word has just come down that a jury in the Joshua Komisarjevsky, one of the two convicted murderers in the Petit case, has returned with a death penalty.

There is considerable controversy surrounding the death penalty. Opponents contend that it doesn't deter crime and it isn't moral. How, for example, can a civilized society condone capital punishment? The death penalty for them is simply vengeance which has no place in a modern civilization.

Proponents argue that he is simply getting what he deserves and it will send a message to future felons that if "they do the crime, they'll do the time."

Regrettably, I tend to agree with the proponents. I say 'regrettably' because death is not to be taken lightly. Plus there are also ample situations where the wrong person has been put to death.

But where there is absolutely no doubt, none whatever, I think a case can be made for the death penalty.

The Petit Case was especially tragic and brutal. If ever there was a case that justified capital punishment, this is it.
Posted by George Stockwell at 4:51 PM No comments: 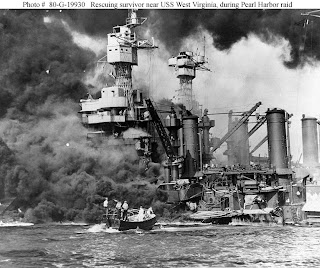 Today, December 7th, is Pearl Harbor Day. Although it was 70 years ago, there are a dwindling few who remember it like it was yesterday.

I hadn't been born quite yet when the Japanese attached Pearl Harbor but I remember my parents talking to me about it many times. It was a Sunday morning and they were listening to the radio when the bulletin came across announcing the attack.

My parents are gone now but my 96 year old friend, Ed, who I visit from time to time at an assisted living facility is not and his recollection of that day is quite clear.

I've written of it before but briefly, he was on board the USS destroyer Helena when it was struck by bombs. Ed was in the shower at the time. When the attack occurred, he quickly dressed and dove out a port hole in the ship-just making it through.

Thanks to you, Ed, and all the other members--those of you who are left, that is--of the Greatest Generation for your service.
Posted by George Stockwell at 8:15 AM No comments:

Democrats have got to be loving it.

So who's the GOP rising star? None other than sleazy little weasel Newt Gingrich. Outstanding!
Posted by George Stockwell at 10:02 AM No comments: