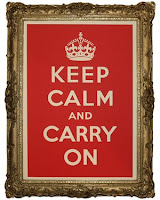 Did you catch President Obama on 60 Minutes Sunday night? I did and I was duly impressed. Obama is a man of obvious intelligence, resolve and determination. But the thing that interested me more was what he chose NOT to say. He could have easily used 60 Minutes as a forum to reach millions of people and remind them that he was handed a number of problems that were 8 years in the making. He appropriately responded to Cheney’s recent criticism but he did so in an elegant, controlled manner. He even preserved Cheney’s dignity by referring to him as Vice President Cheney instead of the number 2 man (some would say number 1) in the most destructive administration in history. Instead, Obama took the high road throughout the entire discussion. He is a man of class and dignity that has been long absent from the American political scene. If you’ll recall, one of the other blogs on my website’s Blog Spot is entitled ‘Now Is The Time’ (http://nowisthetime-rae.blogspot.com/). In one of RAE’s recent pieces he notes the extremely angry reaction of the Catholic Church to some proposed legislation. A lesson one might take from that piece is that anger and hostility are never an effective means to promote one’s ideas no matter how valid. Obama knows this very well. Much of the Republican Party leadership along with many conservative political pundits do not. Their constant ranting, raving & whining are going a long way toward the deepening alienation of the public to their position. Consider the fact that Obama continues to maintain a very high approval rating among Americans even though there have been missteps. Obama will get us out of this mess. He’ll do it because he has a plan. He has people behind him who can get it done and he has the country’s confidence. Most of his opponents are selected groups on Wall Street, cable TV (i.e. The ‘Fix’ News station), and some republicans. No matter. The public sees right through them and they will continue to sink into either obscurity or disgrace. “Keep calm and carry on”
Posted by George Stockwell at 8:19 AM

Mrs. D's b-day today! Ouch! I'm sure you didn't miss your chance to rub it in yesterday!!

I did miss it. I'll email her today.